Advertisement
Home / Opinion / Back in the USSR

Back in the USSR

The Thin Edge | Memories of a Soviet sojourn 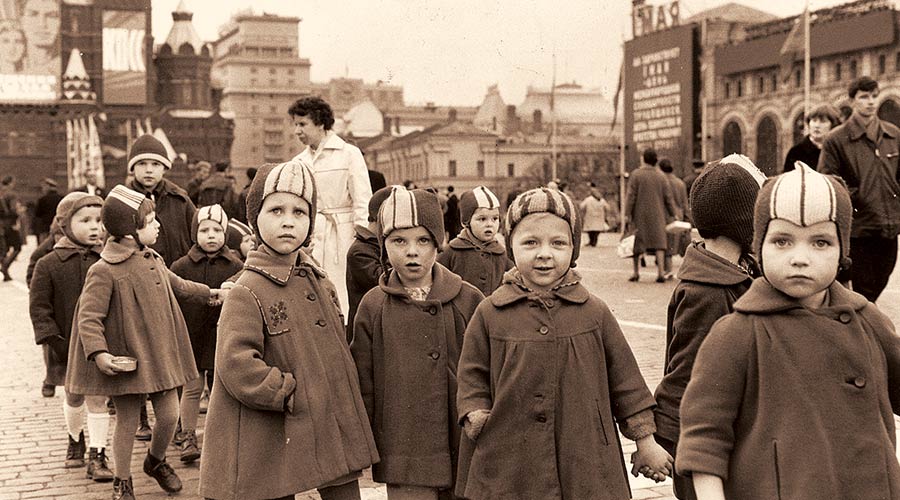 In the 1960s and the 1970s, the Americans and the Russians both used to distribute their respective propaganda magazines around India. SPAN, the American product, was glossier but the Russian Soviet Land, with its rougher paper and cruder printing, carried a different payload — every year it would have competitions, the prizes for which were trips to the USSR. One of these was a painting competition for under-15s, where the winners would be taken to a Soviet children’s camp for a month. In 1972, I was one of the five who won this prize.

Like many Calcutta kids who’d spoilt their eyesight from reading too much, I was a 12-year-old already deep into some kinds of adult fiction, including thrillers and Cold War sagas — Ian Fleming, Alistair MacLean and the like. Along with this, I had some rudimentary awareness of world affairs, where I understood that the Soviet Union, unlike India, the United States of America and the western European countries, was not a democracy and that it controlled the Warsaw Pact countries with an iron hand. A lot of my reading, of both fiction and international news magazines, might have given me a ‘Western’ bias, but with intellectually-aware parents who had participated in the freedom struggle there was no easy pass in our house for former imperialist European countries or for a US that had inflicted such horrors on Vietnam and just recently supported Pakistan’s butchery in Bangladesh.

Just before our ‘children’s delegation’ caught the flight from Palam airport, my father quietly but firmly removed Leon Uris’s Topaz, a pot-boiler about the Cuban Missile crisis, from my carry-on bag. “Why can’t I take that? Will they put me in jail if they find it?” “Probably not, but they may think you’re pro-American, which is avoidable. Just keep your political opinions to yourself and see and listen.” The half-read paperback was quickly forgotten as I examined the cabin details of the Ilyushin-62 taking us to Moscow. After a brief overnight stay, we flew south to Simferopol in the Crimean peninsula and from there by van to Artek, the vast children’s camp scattered across a hillside at the edge of the Black Sea.

Artek was one of the premier summer camps the Soviet Union had created. Every year, school children deemed most deserving were brought to this quasi-resort for a holiday. They came from across the vast country — from all the different republics — in batches, each batch spending four weeks across the summer months. At one level, this holiday was a ‘prize’, for being exceptional in studies or sport, for showing leadership qualities as a Young Pioneer (the Soviet Scouts/Guides), for being talented in music, dance or the visual arts and so on. At another level, I realized later, this was an early step towards being incorporated into the country’s power structure — the holiday was also a kind of month-long test to see if the child was worthy enough to be groomed further. From dawn to lights out, every part of the day was choreographed with some activity, except the three or four hours between breakfast and lunch which were mandatorily spent swimming at the beach.

My time at Artek could probably stand a detailed recounting elsewhere, but two or three things come back sharply at this moment. Within the supposed classless society, there were definitely clear class differences: some of the kids from the deep interior had never seen the sea before; for some, our brown skin colour was a startling novelty; then there were some boys and girls, older and much more urbane, who had fancier home clothes and dark glasses; they had access to Western music and foreign guitars on which they could play the latest Beatles tunes, such as “Back in the USSR” and “Let it Be”; during the afternoon rest period, their parents — clearly important people from the deference shown by the camp guardians — would visit in big cars; other kids unquestioningly accepted this lot as the camp elite.

Since I didn’t fully follow my father’s advice about keeping my opinions to myself, every now and then one of the guardians would set up these debating jousts between me and one of the more articulate boys (never girls, always boys), either someone who spoke English or with someone translating, where we would argue about the merits of communism versus those of Indian democracy. “You have to admit! Lenin was greater than Gyandhi! There are such many rich people in India and so many millions who are poor! Here, in Soviet Union, no!” or “For true freedom you hyave to fight! Non-violence is not working for this!” With my 12-year-old’s arsenal, I would defend the idea of a genuine vote and actual freedom of speech. Soon, I found that the ones set up to argue with me were pretty inflexible and humourless in debate, often arguing by slogan and rote. Once or twice their frustration would spill over — “If you don’t agree Lenin greater than Nehru, I beat you!” “See? That means you’re agreeing you have no valid argument!” Adult intervention would then save me from assault.

Recently, it occurred to me that it might well be that some of these kids — the elite teens, the staunch, rigid, little ideologues, the mean-looking junior wrestling champion — are now, fifty years later, running Russia.

At the end of the month, most of the other kids left a day earlier than us Indians. On my last evening, I was wandering around the camp when one of the guardians beckoned to me. His English was not good but he told me he had a gift for me and led me to his room. There he reached under his bed and opened a suitcase. “This, you must not tell anyone till you back India. Please. Yes?” My eyes widening, I nodded in agreement. He took out a small book and some pamphlets and put them in an envelope. “This, you show only your father-mother, only in India.” He pointed to the envelope: “This is Estonia. I am from Estonia. They say Estonia part of CCCP but we don’t want! We are different country, not Russian! You tell this in India!”

I brought back the envelope and gave it to my parents. We put the literature next to the underground booklets my father had picked up in Hungary, booklets with text and photos that detailed the Soviet tanks rolling in in 1956.