Advertisement
Home / Opinion / Anxiety is the mood of our time

Anxiety is the mood of our time

We seem to be enveloped at present in a silence before the proverbial outbreak of a storm. Perhaps, not all is lost 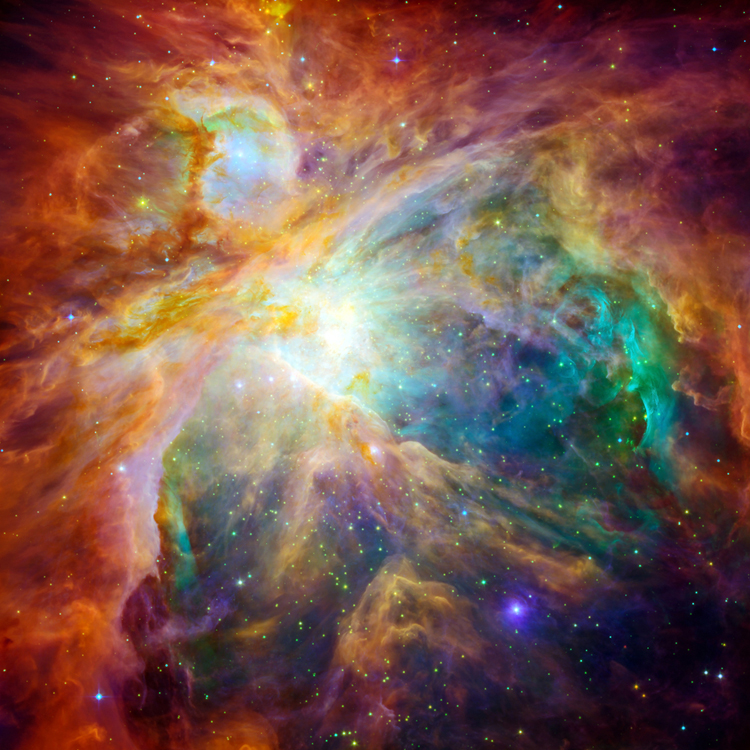 Image taken by Hubble Space Telescope. The sharp contrast between man’s cosmic quest and the neglect of the earth is one of the things that characterizes our time.
(Shutterstock)
G.N. Devy   |   Published 04.12.19, 08:06 PM

Last month, I was at the Raman Physics Institute in Bangalore for a lecture. The group of scientists there have been carrying out a mapping of the cosmos not yet known to us. This involves, literally, keeping an eye on cosmic events and material dynamics in that unimaginably vast space, if space indeed is as we understand space. Listening to their reports on the billions of galaxies and the dark matters beyond the ken of present human knowledge made me think, once again, of how minuscule a speck of matter our earth is in the scheme of things cosmic. It also made me think if ‘life’, its evolution on the earth over the last two-and-a-half billion years, and the human intelligence have any role to play in the infinite cosmic space and time. The quest for unravelling the unknown has attracted the human mind for millennia, and the triumphs in that search are reason enough for heightened self-esteem for all humans.

Just as the quest for the unknown is propelling current research, so is the fear of the unknown. Damian Carrington, the environment editor of The Guardian, published a definitive report on November 28 stating that the scientific community around the world has more or less concluded that we are now well past the ‘tipping points’ in environmental disaster. Quoting scientists from several important universities, the report lists the melting of ice in Antarctic and the Arctic, pumping a vast amount of CO2 into atmosphere, exposing life on the earth to unbearable levels of radiation and increasing global temperatures by several degrees. The Carrington report argues that even a further increase of one degree centigrade in the arctic temperature would be enough for the oceans to wash away innumerable cities and towns located on sea coasts. The higher tidal waves will not be able to differentiate cities by their names such as Calcutta, Mumbai, New York and Perth when they hit the coast line in fury.

Environmental degradation is no longer just a new finding in science research. In several states the monsoon this year unleashed fury such as not experienced in the past several decades. In Maharashtra alone the damage caused to agriculture owing to the floods and rains runs to such an astronomical figure that no amount of compensation can meet even 4 per cent of the loss incurred by farmers. Millions of agrarian families have faced the brunt and they may take at least a decade to recover from its effects. Sudden floods and unexpected droughts have by now become a common occurrence not just in Maharashtra but in all the states. So is the suffocating air quality experienced by Delhi year after year. Typhoons, tornadoes, cloud bursts and tsunamis too have become more frequent than before. Add to this the forest fires in America and Australia, scorching summers in Europe, bitter winters in many continents and the general unpredictability of weather in all parts of the world. Going by these signs, it is certain that humans have played havoc with air and water, the two non-negotiable requirements for continuation of life, not just human life but all forms of life.

The sharp contrast between man’s cosmic quest and the neglect of the earth is not the only one that characterizes our time. There are several others equally stark that make one think about the future of the species. From the times man put wheels to the service of the desire to spread out and conquer distance, the craving for an increased velocity has dominated our material development. The notion of ‘escape velocity’ which will permit flying objects to overcome the earth’s gravitational pull is by now a settled idea. Attaining that speed will allow the earthbound humans to step into a world that has no constraints, either of space or of time. Yet, while speed technologies and space science have already taken humans past the feat of accomplishing the escape velocity, the forward movement of many countries appears to have suddenly taken a U-turn. After a continuous march of the idea of democracy towards a humanitarian political order, we now see the collapse of public institutions that form the very pillars of democracy. This situation prevails not just in India but even in countries that were seen until recently as role models for the democratic political system and liberal society. The decline of progressive and liberal parties and their electoral defeat in country after country is a phenomenon not yet fully analysed, but the fact that the decline is no fluke is fully accepted by analysts in all countries. The dominance of the extreme conservatives and the ultra-Right, consciously mounting an attack on institutions cherished by the Left-liberals and drawing societies back to a semi-medieval mood of narrow nationalism, hatred and violence, stands in sharp contrast to man’s desire to attain full escape velocity taking the species to a never-before imagined arena of freedom.

There is one more eye-catching and quite puzzling contrast that marks our time. Recently, the champion Korean player of the traditional Chinese game ‘Go’ decided to retire as, on his testimony, he thought it impossible for him to beat the Artificial Intelligence pitted against him in the game. For the last two centuries, humans have longed to create intelligent machines and have spawned quite an array of such machines helping us in practically every area of activity. The fascinating developments in robotics and AI in recent decades make humans almost look like the Creator of the universe; and, yet, the very same triumph now turns out to be the beginning of the endgame.

Closer to our everyday lives, the same contrast can be seen in man’s arrival at economies of surplus that are burdened by worry related to job-losses, slow-down, depression and collapse of industry and enterprise. Closer to us, again, in the year of remembering the greatest apostle of truth in history, our public discourse is assailed by post-truth. Similarly, in the times of a vast spread of communication, the media all over the world has become almost empty of meaningful content. Whether it is close to our rushed everyday life or somewhat remote from it in sanitized scientific laboratories, we seem to be caught in a series of paradoxes difficult to explain with any traditional logic and nearly impossible to reconcile. The anxiety caused by the breakdown of dialogue between the irreconcilable contraries has set at present the mood for our time.

In human history, whenever such a clash of ideas and a breakdown of dialogue set in, a stagnation was noticed as affecting the human advent. But history shows that such times are normally the times when new and powerful ideas are in the offing. Almost as a result of the clash of the contraries new norms for the society spring up, as the poet Shelley said, “Like a child from a womb, like a ghost from the tomb,/...arise and unbuild it again”, giving birth to a new world. Surely then, the human species is at the threshold of a new age that shall have little to do with the past or the present ideas of the normal — in politics, economics and in thought and culture. Going by the story of the human advent so far, we are enveloped at present in a silence before the proverbial outbreak of a storm. Perhaps, not all is lost; perhaps, the future can still be ours.

Can we call mission Chandrayaan-2 successful when it failed to land?

Getting worse with each decade