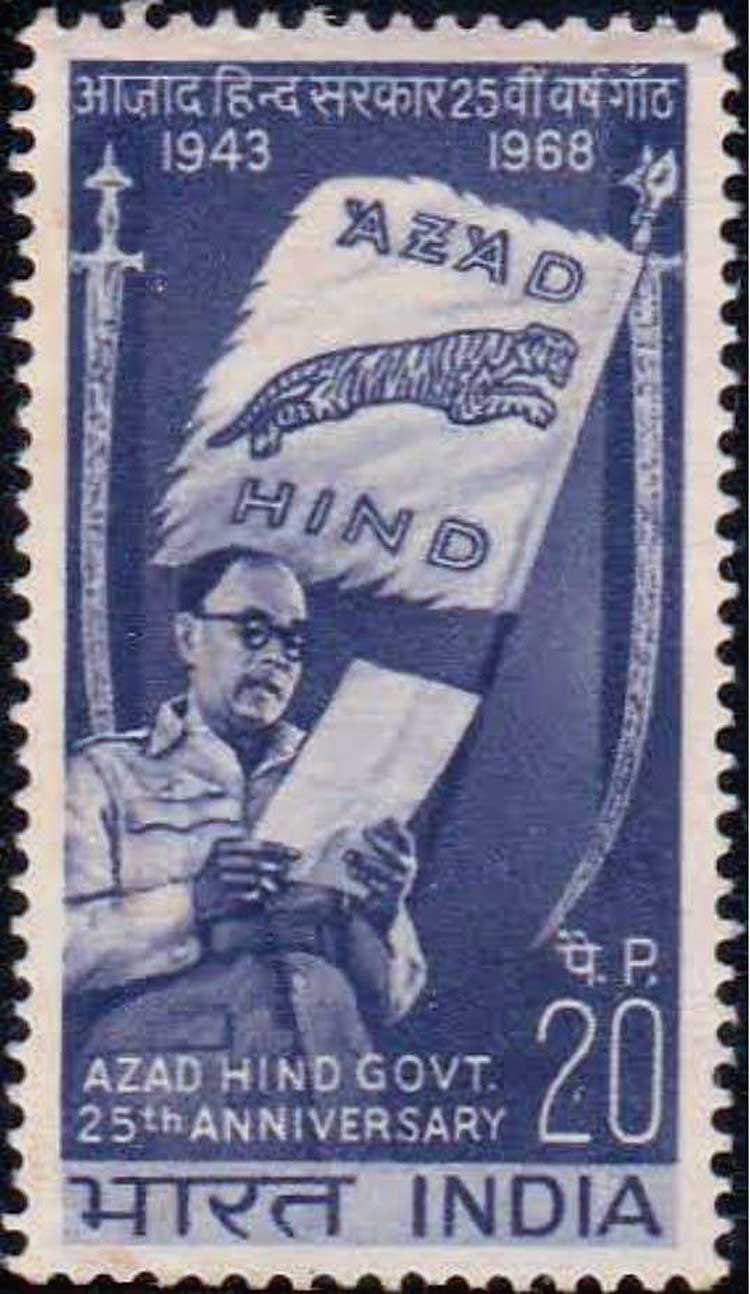 Following his parting of ways with the Congress, Bose was an ally of the Axis powers. But his idea of India was remarkably similar to that of his old comrades in the Congress. No wonder the brigades were named after Gandhi, Nehru and Azad.
(Wikimedia Commons)
Mahesh Rangarajan   |   Published 08.03.20, 06:46 PM

Few Indians evoke the awe and admiration that Netaji Subhas Chandra Bose did. But his symbolism is more relevant now than ever before. The Azad Hind fauj not only broke with British precedent by having regiments where Indians of different faiths, castes and communities served together. In challenging the British Empire, he also made an important symbolic choice in faunal terms. To counter the Lion of Britannia, he chose a symbol with a very distinctive history: the tiger. The springing tiger became the symbol of the Indian National Army.

The only Indian ruler ever to have sat on a Tiger Throne was Tipu Sultan, who was killed at the gates of Srirangapatna in 1799. While previous rulers had used a simhasana or a lion throne, he gave the tiger centrality in imagery. Tipu had tiger-striped uniforms for soldiers and tiger-shaped cannons for the army.

After Tipu’s defeat, the Company had medallions made that depicted the imperial lion killing a tiger. These were made out in gold, silver and bronze and given out to different orders of officers and soldiers in honour of the victory. The tiger stood for Tipu, already being painted as an Oriental despot in despatches, and the end was celebrated in the annals of the conqueror.

Kate Brittlebank suggests that Tipu’s tiger might have been a way to unify different sects and groups who worshipped the animal as a vahana or a vehicle of deities. The tiger, of course, was familiar in verse and prose; even Valmiki referred to Raghu and Lakshmana as Vyagra Purusha or tigers among men.

The tiger had been the symbol of the Chola dynasty and its power was celebrated in Tamil, Telugu and Kannada lore. Many key figures in the army Bose had raised were from South India. Of the 1,000 women in the Rani of Jhansi regiment, most, though not all, were Tamils. Many were from the plantation labour communities of Southeast Asia.

For them and not only for them, the tiger had special meaning. The tiger for long had deep associations with spirits of the forest and with multiple sects and faiths. As in eastern India, this was an animal associated with divinity as much as power.

Equally so, the tiger has links to mysticism and lore across much of Southeast Asia. The late Peter Boomgaard showed how Malay and Indonesian Islam gave it special place as a signifier of divine power. It was not worshipped per se but viewed as more than just another animal.

For Bose, it was not only a sign of power but a symbol of freedom. It was one that cut across and went beyond the divisions of faith, caste, creed or region. Conscious or not, the choice was one that could help unify diverse groups in a more cohesive whole.

There was here a broader pattern at work. Nations claim to be ordained by nature. Many nation states have a national animal or bird or a river or mountain that marks its claim on ages past. Symbols do more than evoke memory. They help forge associations.

Nations could draw on nature to draw lines on who did not belong fully into its body politic. Not all such cases of early-20th-century animal symbolism were as inclusive. Some could enable — even deepen — the process of exclusion.

Europe provides an instance from the inter-war years. Poland was a country carved out of Russian and German territories at the end of the Great War. To help foster patriotism, its ruler, Marshal Józef Pilsudski, picked on a great ungulate of the forest: the European bison.

Bialowieza, the last redoubt of the bison, had none left as they had perished in the course of the war. It became a national mission to acquire bison from zoos and private collections. Those released into the forest were carefully protected by forest guards and officials.

When Poland was occupied by Germany in 1939, Nazi officers held great shoots in the forest. But they too took care not to wipe out the herds. Poland was part of the Reich as were the bison (now as game for a select few). Even the Jewish foresters and guards in the reserve were not spared. The new Europe under the Third Reich had a place for bisons but not for Jews. Many were killed at the camp of Auschwitz near Munich. Simon Schama, himself a relative of the Polish Jewish foresters, has written movingly of their sad fate.

The Bialowieza forest was unusual as Jews rarely were allowed to work on land, but even they perished. By making the bison honorary, Poles and, later, faunal members of the Third Reich did give the rare animals a measure of safety. But it was part of a State making efforts that simultaneously classified some humans as less than others.

Such contests were of great, even epochal, significance in the world at large. The early 20th century was not only a time of contesting nationalisms. It also had deep implications for how humans viewed nature.

For those who saw race and origins as unifier, the bison story was more than apocryphal. Yet, the saga of the Springing Tiger points to a very different, inclusive model of the nation in the making.

Ideas of a composite culture and a plural society held special attraction in India. Rather than seeing India as Hindu or as religion as a determinant of politics, it sought to anchor politics in economic and social issues. By the same measure, it rejected ideas of nationhood based on Muslim nationhood.

India would hold together because it was diverse. Following his parting of ways with the Congress, Bose was an ally of the Axis powers. But his idea of India was remarkably similar to that of his old comrades in the Congress. No wonder the brigades were named after Gandhi, Nehru and Azad.

But this was equally the case with the choice of his army’s emblem. True, unlike in the case of the bison, there was no direct link to conservation. The tiger was emblematic of specific political values and ideals.

The way the Polish and then the Nazi rulers appropriated the bison had much to do with legitimacy in the former case and raw power in the other. By contrast, the tiger in Asia became a symbol of resistance to the Western empire as much as a symbol of Indian unity.

The more recent saga of the bison in Europe and the tiger in Asia is more hopeful. In 1972, the tiger became India’s national animal and is given similar status in adjacent Bangladesh. The Bialowieza bison still roam the forest that spans Russia and Poland.

Inclusive and exclusive ideas of nationhood are still locked in contest. But the faunal dimension is as fascinating as the human story. It is often impossible to disentangle human and animal histories that run parallel, overlap and even converge. The parables matter in our own age when the quest for peace or freedom is as much about how people relate to one another as they do to other life forms.

A fight for old India

The Hindutva concept of ‘nationalism’ is essentially non-accommodative