The Ukraine war is a testament to US hegemony 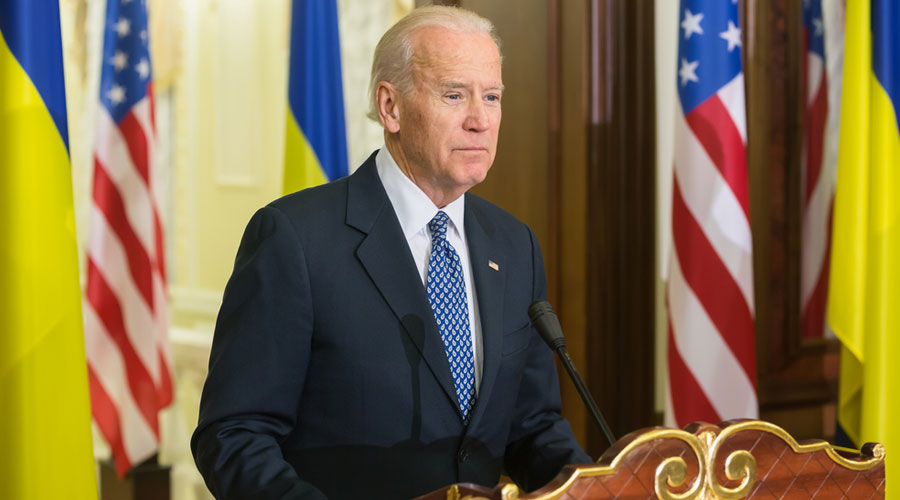 The war in Ukraine is terrible; and the person who started it, Vladimir Putin, must be held squarely responsible for it. But this should not absolve us from examining what has led up to it. Just as the origin of the Second World War can be traced to the unfairness of the Treaty of Versailles, the roots of the war in Ukraine lie in American opposition to Continental Europe’s, especially Germany’s, attempt to develop closer economic ties with Russia.

For some time now, the United States of America has been expressing its opposition to the Nord Stream 2 gas pipeline that would bring natural gas from Russia to meet German requirements, from heating up German homes to providing feedstock for the German fertilizer industry, which would link the German economy very closely with that of Russia. The argument used by the US has been that German security demands independence from Russia in this crucial area, for Russia can otherwise paralyze the German economy by simply withholding gas supplies; instead, for the sake of German security, gas imports should be from the US itself even though it would be much more expensive than Russian gas. Security concerns are thus pitted against economic benefits and accorded priority by the US.

A hint of Germany’s lukewarmness about the American-led sabre-rattling against Russia that had preceded the actual Russian invasion was given by the pro-Putin comments of the German navy chief, Kay-Achim Schönbach. He had to resign for his indiscretion, but a military man of his seniority cannot be expressing only his personal views; they must be current within the German government. There is even a story going around that Russia and Ukraine had reached agreement at a meeting, also attended by Germany and France, over Ukraine’s ‘neutrality’ (like Finland’s) that would have defused the crisis; but Ukraine, having agreed, withdrew from it under US pressure (The Delphi Initiative, March 2).

The old Cold War had invoked the image of an aggressive Soviet Union which was baseless. The Soviet Union that had lost 10 per cent of its population during the Second World War and had even adhered to the terms of the Yalta agreement by scrupulously not interfering in the Greek Civil war. It was in no mood to export communism, for which it even earned China’s derision; but this aggressive image had stuck because of its ideological appeal. Western Europe did feel threatened by the Soviet Union, even as American aid poured into it to rebuild its devastated economies. Thus, the security concern and economic interests of Western European countries coincided to dictate their alliance with the US that found expression in NATO.

But today’s conjuncture is different. The Soviet Union is gone; the communist ‘threat’ has subsided; the globalization of finance has undermined the possibility of any enduring inter-imperialist rivalry within the capitalist world that now encompasses the US, Western Europe and Russia. The basis for the Cold War and for organizations like NATO is gone, even as weapons against rival capitalist countries. They remain as weapons of imperialism, that is, as weapons against the third world (including China though it poses no military threat), but not against the second world that no longer exists. Otherwise, their use can only be for serving the business interests of American monopolists. Continental Europe is waking up to this fact, which is why it has been attempting to build bridges with Russia economically. The American effort to use the security argument to obtain monopoly control over the European market for oil and natural gas, by excluding Russia and Iran from it, seeks to thwart this European move. It makes little economic sense for Europe, however, to fall in line.

In this endeavour, the US needs to ‘provoke the bear’ by expanding NATO. It has the support of neo-Nazi elements of Ukraine whom it helped to overthrow Viktor Yanukovych, Ukraine’s constitutionally-elected president in 2014. Although the current government, elected in 2019, is run by a different, newly-formed, party, the Azov Battalion of neo-Nazis is now incorporated into the Ukrainian army. No matter on what terms the current war ends, the anomaly of using a security argument to prevent economic benefits to Europe will not disappear; and US resistance to challenges to its hegemony will only intensify those challenges: the imposition of sanctions, for instance, hastens the trend towards de-dollarization (trading without the use of dollars) that further undermines US hegemony. Europe is unlikely for long to keep paying higher prices for gas just to keep a security arrangement going that it scarcely thinks is needed against Russia, despite Russia invading Ukraine.

The people of Ukraine are thus caught in a conflict far more consequential than appears at first sight. It is not just about Ukraine joining NATO; it is about American hegemony, about re-alignments within Europe, about shifts within capitalism that the US is trying to prevent. What the conflict does, however, is to accentuate the crisis within world capitalism. The decade before the pandemic witnessed the slowest growth-rate experienced by world capitalism since the World War. The revival promised by the Joe Biden administration has been running into a cul-de-sac because of the re-emergence of inflation in the US. Inflation will be compounded by the war in Ukraine; and even after this war is over, there will be a considerable lapse of time before any economic revival is attempted. The world economy will be in crisis for quite some time; and India will be particularly hard-hit.