Advertisement
Home / Opinion / Ahead of the curve

Ahead of the curve 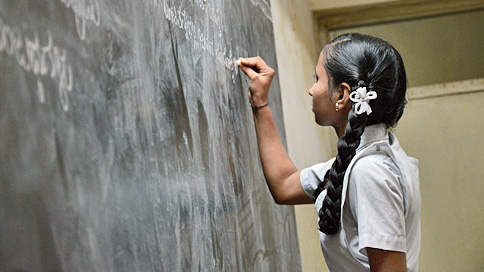 I have recently been revisiting Walter Crocker’s 1966 book, Nehru: A Contemporary’s Estimate. This book remains the best single-volume study of the life and legacy of India’s first prime minister, and it says many interesting things about Nehru’s country too. Consider these remarks about the part of India I myself live in: “South India has counted for too little in the Indian Republic. This is a waste for India as well as an unfairness to south India, because the south has a superiority in certain important things — in its relative lack of violence, its lack of anti-Muslim intolerance, its lack of indiscipline and delinquency in the Universities; in its better educational standards, its better government, and its cleanliness; in its far lesser practice of corruption and its little taste for Hindu revivalism.”

Half a century after Crocker wrote these words, the economists, Samuel Paul and Kala Seetharam Sridhar, published a book called The Paradox of India’s North-South Divide (Sage, 2015). Using a wide array of statistics, mostly from official sources, the book argued that South India has done much better than North India in terms of economic development. Paul and Sridhar undertook two sorts of comparisons. First, they conducted a head-to-head comparison of a major South Indian state, Tamil Nadu, with a major North Indian state, Uttar Pradesh. Then they broadened the focus to the respective regions, comparing four southern states — Tamil Nadu, Karnataka, the undivided Andhra Pradesh, and Kerala — with four northern states — Uttar Pradesh, Bihar, Madhya Pradesh and Rajasthan.

The data set used by Paul and Sridhar starts with the year 1960, when per capita income in Tamil Nadu was 51 per cent higher than UP’s. In the early 1980s, this difference had narrowed to 39 per cent. However, over the following decades the gap began to rapidly grow, and in 2005 an average resident of Tamil Nadu earned 128 per cent more than an average resident of Uttar Pradesh. (Statistics available online suggest that by 2021 the gap has increased to almost 300 per cent.)

Taking the South as a whole and the North as a whole, the book found that while the two regions differed only by 39 per cent in terms of per capita income in 1960-61, forty years later the gap had widened to 101 per cent. Now, in 2021, the gap has widened much further. Currently, the average annual per capita income of the four northern states profiled by Paul and Sridhar is about US $4,000, and of the four southern states, in excess of US $10,000, or roughly 250 per cent higher.

The data analysed by Paul and Sridhar show that there are two areas in which the South has done much better than the North. First, with regard to human development indicators such as female literacy rate, infant mortality and life expectancy. Second, in areas critical to economic development such as technical education, electricity generation, and quality and extent of roads. The first set of factors prepares healthier and better educated citizens to participate in the modern economy, while the second set enables much higher rates of productivity and efficiency in manufacturing and services.

Paul and Sridhar also found that the South fares substantially better than the North on governance indicators. In southern states, public schools and public hospitals are much better run, with lower drop-out rates in the former and more doctors and stocks of medicines in the latter. As compared to urban slums in the North, urban slums in the South have more latrines as well as cleaner ones, as well as greater access to safe drinking water.

Among the striking conclusions of the Paul-Sridhar book is that the North-South divergence is a relatively recent affair. In fact, hard though it may be to believe now, back in 1960 the incidence of rural poverty was higher in Tamil Nadu than in Uttar Pradesh. The South began to do better than the North only from the 1980s, with the gap accelerating from the 1990s onwards.

The Paul/Sridhar study is based on numbers. It largely eschews sociological or qualitative analysis. It only mentions in passing the importance of social reform movements in the South, and does not speak at all of the relative absence of Hindu-Muslim conflict. Yet these factors are surely key to understanding why the South and the North have come to diverge so dramatically in their social and economic development.

Given the framework of Paul and Sridhar, it is not surprising that Walter Crocker’s book is not referenced by them. However, the cultural factors that Crocker foregrounded in the 1960s may be critical to understanding the varying developmental trajectories of South and North. When the liberalization of the Indian economy began in 1991, the South was already better placed to take advantage of this policy shift, since it had a more skilled and healthier workforce. Through the 1990s and 2000s, while factories, engineering colleges, software parks and pharmaceutical units boomed in states like Tamil Nadu and Andhra Pradesh, states like Uttar Pradesh and Bihar were locked in an apparently never-ending cycle of communal and caste conflicts. As a result of the Ramjanmabhoomi movement, the horrors of Hindutva were unleashed in the North, while they largely (though not wholly) bypassed the South.

To understand why the South has done so much better than the North in recent times, one has to take a long historical view, reaching back into past centuries, not merely past decades. Access to the coast and the arrival of foreigners as traders and travellers — rather than as conquerors — facilitated an open-minded rather than a xenophobic approach to people from elsewhere. Coming closer to the present, since the South did not experience the horrors of Partition, it has also escaped its enduringly bitter legacies.

On the social side, the challenge against Brahmin hegemony began much earlier in the South. Thinkers such as Sri Narayana Guru and Periyar prepared the way for a more egalitarian approach with regard to both caste and gender. That there are so many more entrepreneurs from peasant castes in South India, as well as a far greater proportion of women in the workforce, is not an accident, but the product of social reform movements which have had a visible, long-term impact.

In a detailed, fact-filled essay, the sociologist, Alice Evans, has argued that the “most dramatic regional disparity [between South India and North India] may be in gender relations”. As compared to their counterparts in the North, writes Evans, Southern women “are more likely to survive infancy, be educated, marry later, choose their own husbands, interact more closely with their husbands, bear fewer children, own more assets, exercise more control over their dowry, socialise with friends, move more freely in their communities and work alongside men”.

To be sure, the South is by no means perfect. In parts of Tamil Nadu, Dalits face levels of persecution that shame that state and its political culture. In one southern state, Karnataka, Hindutva has begun making steady inroads into social and political life, with less than salutary consequences. And while back in the 1960s, it may have been true that there was a “far lesser practice of corruption” in the South, now, with the massive gains to be made from mining and infrastructure contracts in the post-liberalization era, politicians in Hyderabad, Bengaluru and Chennai equal or even exceed their counterparts elsewhere in their zest for cuts and kickbacks.

Nonetheless, the figures speak for themselves. In proportionate terms, South India contributes far more to the national economy than North India. And to the tax revenues of the Central government too. Those Indians who live in the South are, on the whole, healthier, better fed, more prosperous, better educated, and with easier access to public services than Indians who live in the North. Many northerners recognize this — which is why they vote with their feet to move South. The city I live in, Bengaluru, has a profusion of successful entrepreneurs with surnames indicating that their state of origin is somewhere in the Indo-Gangetic plain. (I somehow do not think that the city of Lucknow has many entrepreneurs bearing Tamil or Kannadiga or Malayali surnames.) Evidence suggests that middle class and working class migration is also much more biased in a North-South direction than the reverse.

“South India has counted for too little in the Indian Republic,” wrote Walter Crocker in 1966. Fifty years later, we may say that at least in economic terms, South India now counts for a great deal. That it has done so well, relatively speaking, is in considerable part because of the social and cultural factors that Crocker himself alluded to — namely, a greater focus on education and governance, coupled with “its little taste for Hindu revivalism”.

However, for all its social and economic progress in recent decades, in political terms the South continues to count for far too little in the life of the Republic. And it may soon count for even less. On the anvil is a proposal to re-allocate Lok Sabha seats afresh on the basis of population. Were that to happen, the states that serve their citizens moderately well, such as Kerala and Tamil Nadu, will find their negligible influence on the Union government’s policies and priorities declining even further. The states that serve their citizens indifferently or abominably, such as Uttar Pradesh and Bihar, will find their already considerable influence on the Union government’s policies and priorities escalating even more. This increasing asymmetry shall place fresh burdens and stresses on the already-fragile state of Indian federalism.