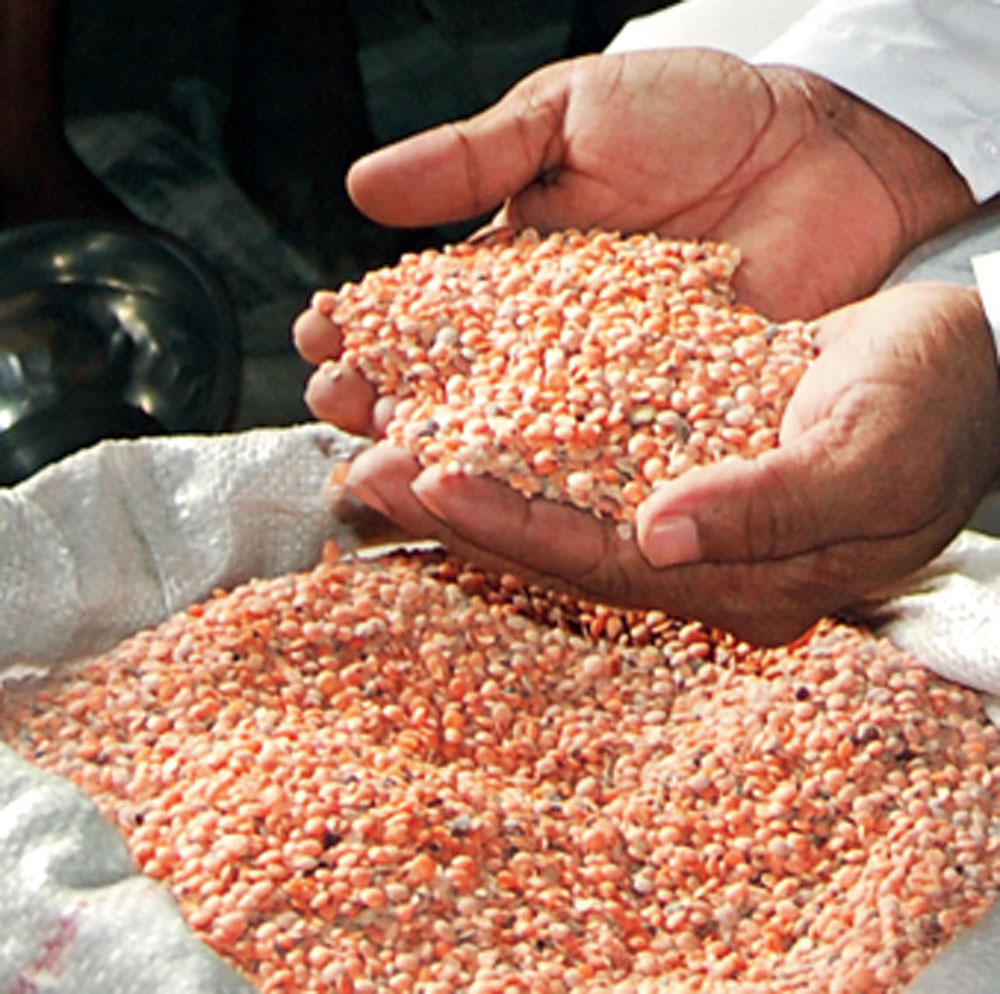 A colossal wastage of foodgrains is a major factor in malnutrition in India, besides the failure to provide Aadhaar cards to those who need to draw benefits, the disappearance of nutrient-rich coarse grains, and corruption in the public distribution system
Telegraph file picture
The Telegraph   |     |   Published 25.11.18, 06:18 AM

Sir — The report, “Lamp thugs harass lake tourists at Baranti” (Nov 16), was frightening. I visited the place with my family last month. We used to take strolls along the lakeside in the evenings. We also found the solar lamps in the area to be in working condition. The people there were friendly. The report indicates a sharp decline in the law and order situation there. The district administration should immediately address the problems.

Sir — It is most alarming that more than two tonnes of thick furnace fuel oil were spilled when a flexible hose snapped at the Kamarajar port in Chennai. This is the second oil spill in two years. The first one occurred in January 2017 when an LPG tanker rammed into a petroleum tanker two nautical miles off the Kamarajar port at Ennore. Although immediate action was taken, how much of the damage was contained is anybody’s guess. Spilled oil causes irreparable loss to the environment. Had the port authorities taken a little more care, the flexible hose rupture could have been averted.

Sir — The editorial, “Belly up” (Nov 15), correctly highlights the causes of chronic undernourishment in India in spite of the existence of the National Food Security Act. Corruption in the public distribution system, colossal wastage of foodgrain, a failure to provide Aadhaar cards to numerous people for drawing subsidized grains and the disappearance of nutrient-rich coarse grains are all to blame for malnutrition. Fast-food centres coming up even in rural areas influence food habits and aggravate the situation. A sound agricultural policy and public awareness will go a long way in solving the problem.

Sir — The editorial, “New names for old” (Nov 18), has rightly pointed out the hollowness of the recent exercise of changing the names of places in several Bharatiya Janata Party-ruled states. In Uttar Pradesh, especially, the names of several places have been systematically changed to suit the ruling party’s political agenda. These actions blatantly ignore the concept of pluralism enshrined in the Constitution.

The present dispensation has often been perceived to distort historical facts surrounding the Mughal rule in India. The proposal to change the name of Agra to Agrasen is not only a political gimmick but also an illogical move in the light of the existence of the Taj Mahal, which is inseparable from the name of the city. These changes do not reflect the will of the people. In West Bengal, too, the proposed change of name of the state to ‘Bangla’ is likely to create confusion, given that our neighbouring country is called Bangladesh. The effort of local Vishwa Hindu Parishad leaders to change the name of Islampur to Iswarpur without the concurrence of the state government must also be condemned.

Sir — The BJP’s renaming spree is aimed at stirring unrest in the minority community. It is not concerned with tackling issues of national importance such as poor literacy, poverty, unemployment, farmer suicides, dismal healthcare, corruption and deteriorating law and order. The party just wishes to gain political mileage in the impending elections by polarizing voters. Renaming places of cultural heritage to project a particular majoritarian ideology sends out a deeply prejudiced message — that only a particular community has a rightful place in Indian society.

The renaming of Faizabad as Ayodhya comes at a time when the sangh parivar is aggressively pushing for the building of a temple at the disputed site of the demolished Babri Masjid, even though the case is sub judice. This unproductive frenzy shows that India’s rich legacy of assimilation and the spirit of its Constitution are under assault.