A shot timed to perfection

How did the ECI permit such a blatant bid for electoral advantage after the model code of conduct has been imposed? 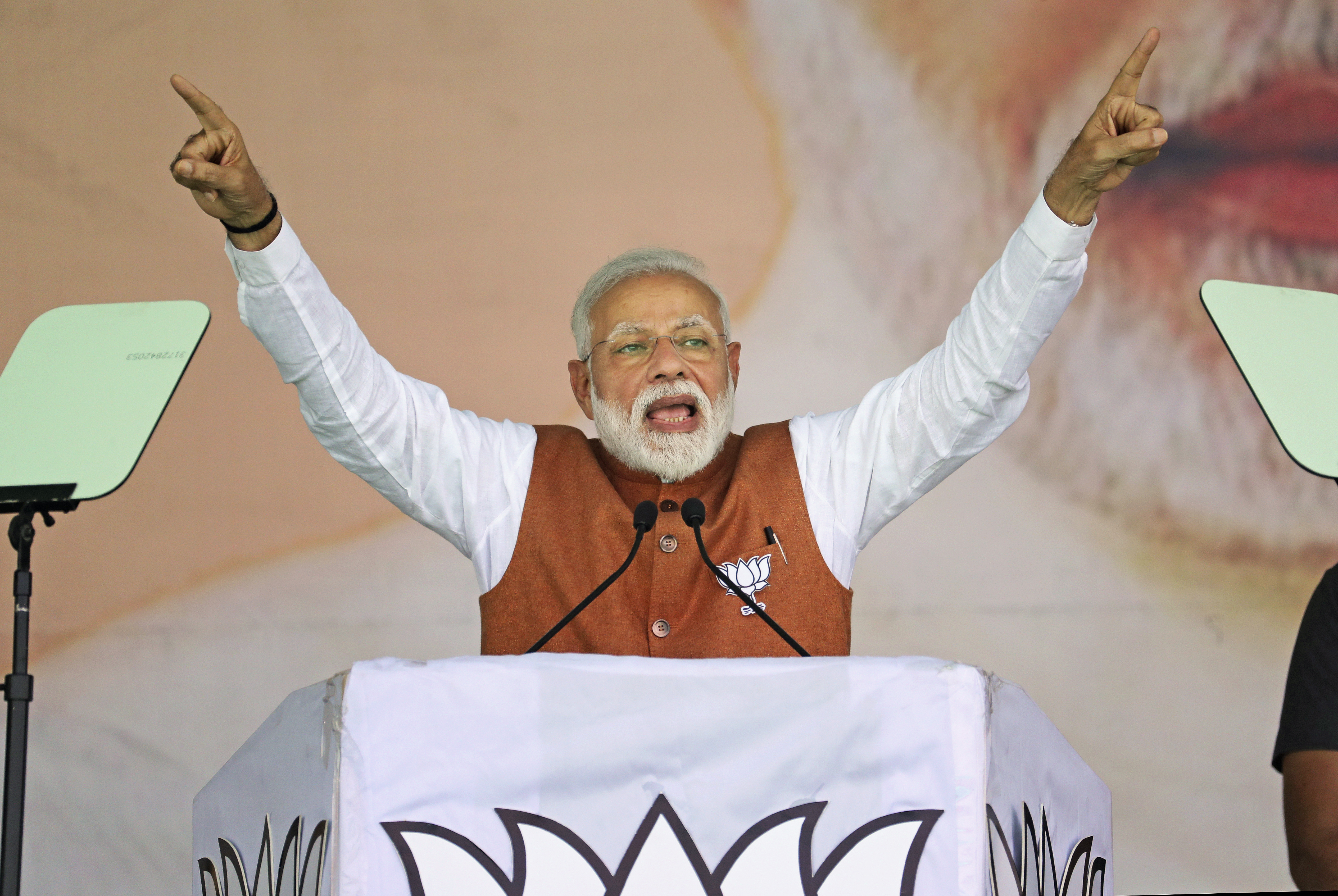 PM Narendra Modi addresses the Vijay Sankalp rally in Meerut on Thursday. At the rally, he said his government had carried out surgical strikes in all spheres — land, sky and space.
AP
The Editorial Board   |   Published 29.03.19, 02:15 AM

The prime minister of India is wrapping up his narrative just before the elections. In a Vijay Sankalp rally in Meerut, he said that his government had carried out surgical strikes in all spheres — land, sky and space. That is, Narendra Modi is the only guarantee of the nation’s security. But establishing this narrative required high drama and a number of sleights of hand. Mr Modi held the nation in suspense by announcing he would address it at a particular time and let 35 minutes elapse before he appeared. Since demonetization was the substance of his only other unscheduled address to the nation — unlike other countries where leaders such as Jacinda Ardern speak to their people in times of grief or serious trouble — people panicked. But all he did was announce that a home-grown anti-satellite missile had destroyed a home-grown satellite in an experiment. That put India on a par with others that had A-SAT capability: China, Russia and the United States of America.

Good news, but to what purpose? One, it completed the narrative of aggression, disguised as national security. The direction of this aggression is internal: no one is safe — from the most vulnerable segments of the population to those who question the government. Two, by making the announcement in an address to the nation, Mr Modi tried a number of conjuror’s tricks. He hoped people would believe that this is the achievement of his government. They may not reflect that the A-SAT missile is the product of many years of work; there is a view that India has reportedly had this capacity for some time. Sensible societies do not show off. More, it is a scientific achievement. By hijacking the scientists’ sphere with a passing mention of their success, the prime minister is, by implication, bringing them on to his side by making the achievement part of a political narrative through an address to the nation. The last sleight of hand is the timing. How did the Election Commission permit such a blatant bid for electoral advantage after the model code of conduct has been imposed? This alone is enough to show how the Modi-led Bharatiya Janata Party has destroyed the autonomy and rationale of democratic institutions. It is shameful that the US should be expressing concern about debris in space because India is going to the polls.