Every fear was voiced out loud, but the most common was whether people should make a dash for the ATMs 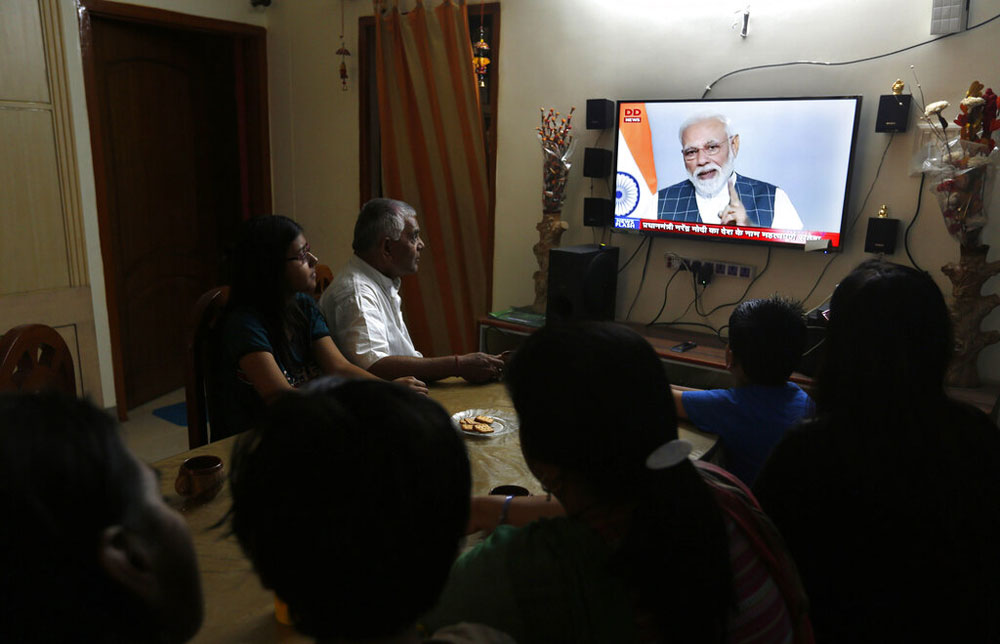 “Mere pyare deshwasiyon” — these three opening words of Prime Minister Narendra Modi’s tweet on Wednesday morning with the promise of addressing the nation on television set alarm bells ringing across the country, akin to the chill that goes down the spine of Pakistanis when they hear the words “mere aziz hum watano” on TV.

Modi’s announcement of the televised address instantly brought back memories of his demonetisation declaration at 8pm on November 8, 2016, just like “mere aziz hum watano” — which translates as “my dear countrymen”, the same as “mere pyare deshwasiyon” — has come to represent the early signs of a coup in Pakistan. Every military dictator in Pakistan has begun his first address to the nation with these words.

The dread was palpable through the chatter across social media platforms as the clock struck 11.45am — Modi had announced that he would address the nation between 11.45am and 12 noon — and the wait got longer with no sign of the Prime Minister.

Every possibility was voiced out loud, but the most common was whether people should make a dash for the ATMs. Satirist Gajendra Sharma tweeted: “At ATM, Already.”

The only hitch was that no one knew exactly which denomination of currency would be safe to withdraw.

A close second to the demonetisation theory was the possibility of an Emergency being declared. Pictures of former Prime Minister Indira Gandhi’s Emergency announcement in 1975 found a fresh lease of life.

Some of the other scenarios conjured up were aired in these words: “Something related to Pakistan”, “appealing to citizens to come out and vote in huge numbers”, “introduction of Rs 5,000 notes”, “he is going to resign from the PM post”, “scared of NYAY (the Congress’s promise of minimum wage)”, “abolish Article 370 (which gives special powers to Jammu and Kashmir), “surgical strike killing either Hafiz (Saeed) or Masood (Azhar)”, “releasing Balakot strike footage”, “should I run to petrol pump, ATM, wine shop or the bunkers”.

Dread gave way to humour as the wait became seemingly endless. The Prime Minister showed up half an hour later to inform the nation about India demonstrating its own Star Wars capabilities, allowing his “pyare deshwasiyon” to heave a collective sigh of relief and providing a narrative to his bhakts to push for the day.

While the Prime Minister’s critics were voicing worst-case scenarios and questioning the Election Commission, his fan club was busy circulating memes of Opposition leaders awaiting the announcement.

During the wait there was also speculation on whether the address would be further prolonged to avoid the “raahu kaalam” period that would end at 1.30pm. Jokes apart, the Prime Minister’s alert also took a toll on the market with Sensex registering a slump for an hour from the moment Modi tweeted about his national address.

People at banks during the period said officials wore a worried look, reliving the demonetisation days when they bore the brunt of the ill-planned decision.

Once the fingers were off the panic button and calm was restored, questions galore rose on why the Prime Minister needed to make such a song and dance of work in progress.

“Why does a weapon-test deserve an Emergency broadcast — PM’s address to the nation? Why is PM Modi being allowed to take credit for our scientists’ accomplishment? Did EC have prior notice from PMO? Does this violate EC code?” tweeted filmmaker Rakesh Sharma.

Modi’s national address also brought into sharp relief the perception that he is never around to take responsibility when something goes wrong or hand-hold the nation through troubled times.