Interrogating the ties between word and world 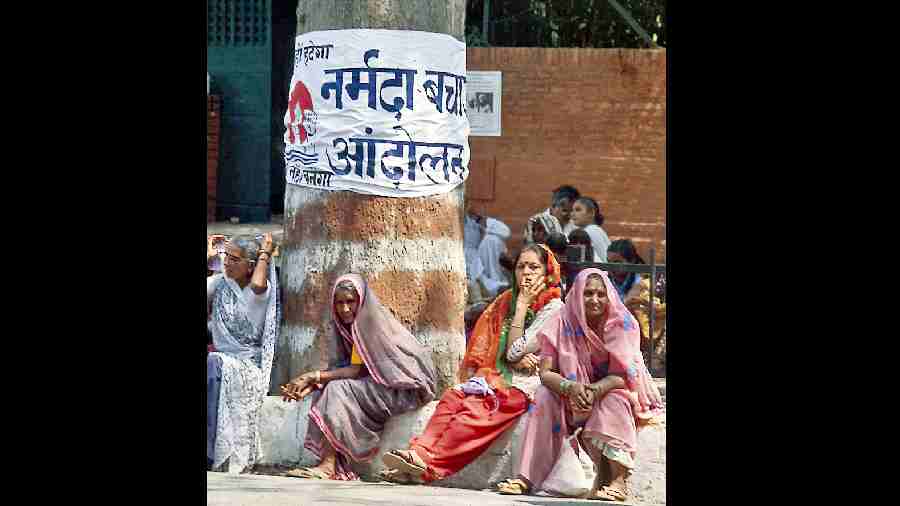 Epic events lose their magic as they move back in history.Memory is no longer a lived event but a mere mnemonic,reduced to cliches. One sensed this as one watched the celebrations of the 75th year of Independence.When independence is revived like a boy scout effort, the magic of struggle is lost. Memory and heritage become a simple mnemonic and a tokenism of empty ritual follows.

One sometimes desperately asks how can an ordinary citizen recover the magic of the moment? One way, of course, is through storytelling.The storyteller and the writers have disappeared and the catechism called nationalism that has replaced them is helpless. A friend of mine, a philosopher, suggested, “it is time we are more playful and inventive.” He said we need to look at ourselves more critically, examine what has happened after Independence. He cited a teacher of his, a great chemist,who once suggested we create a “Don’t use me dictionary”.

The scientist argues that the boredom and the violence of the time are reflected in the failure of language, especially in the clerical use of terms which embody violence, and a failure of the imagination.Words virtually become a symptom of our mediocrity and despair.We need to collect these words and forage around for a new thesaurus of hope. The relation of word and world needs to be reworked and a playful dictionary of lethal words might be the beginning of a thought experiment. The scientist told me the words must be lethal and have a genocidal quotient to them. You must rediscover freedom at the brink of genocide with words that pretend to be banal. A “Don’t use me dictionary” becomes a manifesto of freedom. Think of a few words as a life-saving salute to freedom. I went foraging for words, especially those overplayed by media and touted by social science as key terms.

The most ironic and common, a choice for its sheer official pomposity, is ‘development’. Development wears the livery of patriotism. I remember Narendra Modi telling the survivors of the Gujarat riots to return to the normalcy of development. Development expresses aspiration and mobility but extracts in terms of violence. Dams in India have displaced over 60 million people, such that development is a mode of genocidal violence. The irony is that India has more refugees from development than from all the wars we have fought. Development as a way of life creates non-citizens who have no voice in the making of policy.

If development carries the banality of violence, ‘sustainable development’ is a more quixotic quest, more oxymoron rather than a logical project. Development has all the arrogance of a scientific management project. Sustainability tries to modify the brew just as human relations tried to smoothen the arrogance of Taylorism. It amplifies the contradictions of development and demonstrates the superficial ideas of corporate choices. It is a social science attempt to square a circle which even gods cannot do. Sustainable development attempts to modify development without quite examining its logic or grammar.It sugar quotes development with a corporate hypocrisy or a UN model of aid and caring.

What destroys the authenticity of sustainability is the idea of security. One seeks peace, the other is anchored in violence. Yet, security encompasses sustainability. When internal and external security merge, there is little place for sustainability.It becomes an add-on. Security moves from transparency to surveillance, recreating the power of the Panopticon. What was once a control of the body becomes a total surveillance, a scrutiny of life and living. ‘Surveillance’ is the least examined part of information policy. A Julian Assange or an Edward Snowden is not merely a romantic dissenter. They are conscientious objectors to the totalitarianism of the information age. The whistle-blower becomes the new satyagrahi of an information age caught between terror and surveillance.Surveillance, sustainability become cosmetic terms hiding the new tyrannies of technology, projecting care and concern while distracting from the everydayness of scrutiny and surveillance. They speak the language of cost-benefit when one needs the sense of suffering.

Probably one of the most equivocal of words in this dance macabre of certainty is the idea of the ‘normal’.Once antiseptic in connotation indicating an average, today it is an ambivalent, authoritarian term, more a diktat than a state of being. Modi, when he was chief minister of Gujarat during the 2002 riots, highlighted the political importance of the term. He asked minorities to return to normal. The normal was not the return to the past as everyday but an artificial imposition of the majority. It was a summons to obedience and conformity as defined by dominant group.

The normalcy of the Covid era is no longer normal. It is a post-normal,a collection of the plural and the unexpected. India has difficulties both with post-truth and post-normal. We need to rework these words to rites and rituals till they acquire a dynamic meaning and an echo of authenticity.Another word as world that needs to be exorcised is ‘minority’. Minority as a term no longer evokes care or representation. It is a label that demands conformity. As a Jesuit activist stated in a seminar, “I don’t want to be minority. It is a label that dictates my behaviour. I wish to be a citizen without margins or stigma. Minorities have to justify their behaviour, pass the loyalty test, while citizens can just be.” The very ordinariness of citizenship oozes freedom and flexibility from every pore. Removing corsets and labels like minority makes democracy truly playful and not quota oriented as a mentality.

As one struggles through this morass of ambiguous words, one realises there is a key word that is a source of deep problems.It is ironic that it should be the ‘nation state’. The nation and the national movement, because they were located in a civilisational matrix, were deeply plural, as enthusiastic in liberating the West as in freeing India. The nation state is a more disciplinary, monolithic, monolingual entity. It is literally a concept that survives only in uniform.Nation states, despite an occasional sugar coating of liberalism, lack plurality. They survive on official definitions and on well-defined borders. A sense of ambiguity is the last thing they can tolerate. Nation states, in a final sense, tend to be exterminist or intolerant of dissent and ethnicity.

Today, we need to confront the intolerance and genocidal impulses of the nation state, not the idealism of the national movement. The national movement produced a Gandhi or Tagore; the nation state, the intolerance of an Indira Gandhi or a Modi. The scripts are different and it is time to confront what language reveals about the nation state. While nationalism was dialogic, the nation state is a coercive entity threatening democracy as plurality. It makes a fetish of representation, but it guarantees little involvement. Language has become an early warning system, telling us that politics has shades of the pathological. The democracy that we celebrate is often empty. It is time we invent new concepts, new heuristics, new fables to revive politics as a meaningful drama. Democracy will become a tragedy without it.