The stark numbers of the Comprehensive National Nutrition Survey may seem shocking, but they are hardly a surprise 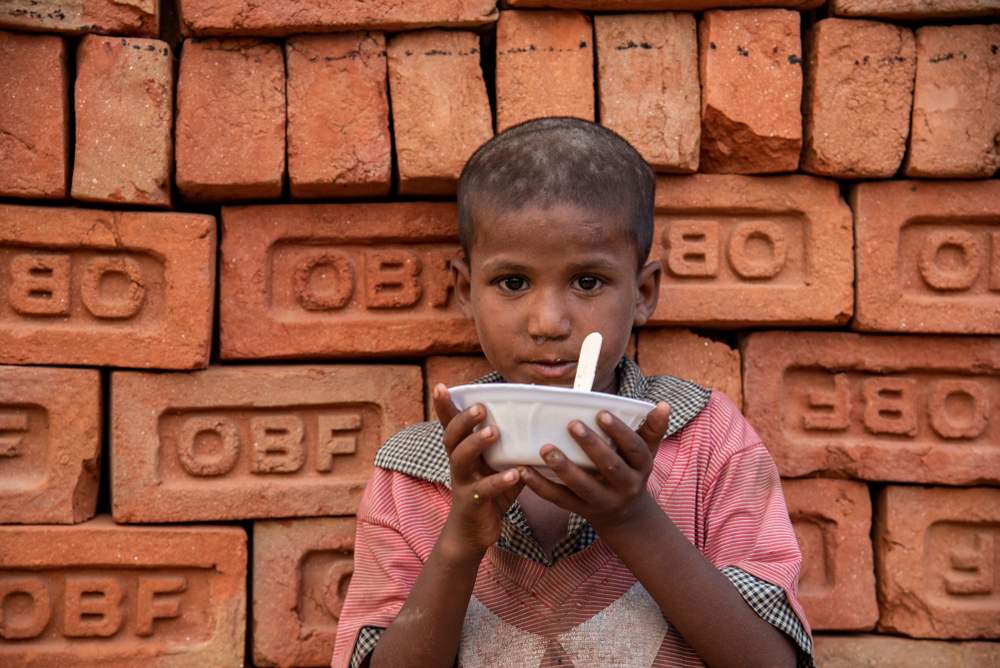 The relation between illiteracy and malnutrition is not new but bears repeating. It underlines that when young girls — physically and psychologically unprepared to have children — are married off instead of being educated, they will bear undernourished babies
Shutterstock
The Editorial Board   |   Published 14.10.19, 08:24 PM

India is busy building five-trillion-dollar castles in the air. In the meantime, less than 7 per cent of its children under two years of age get an adequate diet. The stark numbers thrown up by the Comprehensive National Nutrition Survey may seem shocking, but should they really come as a surprise given what repeated surveys have shown about malnutrition in India? Last month, a study published in The Lancet held that malnutrition is still the leading risk factor for death in children under five years. But the CNNS does not stop at evaluating inadequacies in the diet; it goes deeper to find links that can be crucial in addressing the gaps in children’s nutrition. First, it establishes that with higher levels of schooling in mothers, children receive better diets. The relation between illiteracy and malnutrition is not new but bears repeating. It underlines that when young girls — physically and psychologically unprepared to have children — are married off instead of being educated, they will bear undernourished babies and not know how to care for them. Another interesting find of the CNNS is that children of highly educated, working mothers received meals less frequently and were at risk of lifestyle diseases like diabetes, owing to a higher consumption of sugary drinks and foods high in cholesterol. Why is the mother the sole caretaker of children? Do the father and other members of the family have no part to play in the health of a child?

Patriarchal norms, however, are just one part of the problem. There are several other reasons why India’s children are undernourished. One of these is the failure of welfare schemes meant to address malnutrition. Be it the mid-day meal scheme or the Poshan Abhiyaan, if it is not corruption or bureaucratic apathy that is impeding the progress of these measures, it is the State speaking in different voices. For instance, while the Poshan Abhiyaan is planning to prepare an atlas to map traditional, local diets — this can go a long way towards enhancing nutrition in meals — the Centre has allowed privately managed, centralized kitchens to serve mid-day meals to schools in rural areas. This goes against its own efforts to foreground local dietary patterns. More important, it will increase the expense of the mid-day meal scheme owing to transport, during which cooked food can also spoil. Private entities have also been known to impose their own religious preferences on students by excluding nutritious items like eggs. The fundamental question is whether the State is at all interested in ensuring that children get nutritious food. If the priorities are right, any challenge can be overcome.

Is the government at all interested in ensuring good food for the poor?