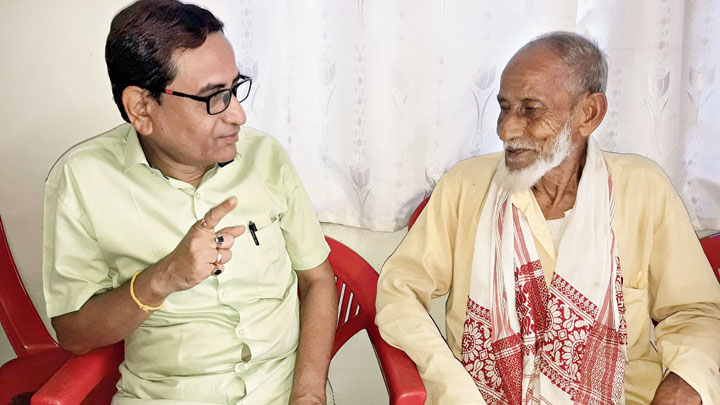 Clamour of the Sonbeel Purbanchal Medical College Demand Committee for establishment of a medical college in the greater Sonbeel area in Karimganj district of Assam has become a key issue before the Ratabari (SC) Assembly bypoll slated for Monday.

Before the last Assembly elections, BJP leader Himanta Biswa Sarma (now health and family welfare minister) had promised residents of Sonbeel, the second largest wetland in Asia, that a medical college would be set up if BJP candidate Kripanath Mallah won. In 2018, the state government earmarked a budget for establishment of the college.

Kallol Choudhury, a writer and one of the main activists of the committee, alleged that the state government had even allotted 256 bighas of land in Dohalia hills, 30km away.

“The government has failed to keep its promise made before the Assembly elections,” Choudhury said, adding people of adjacent Hailakandi district would also be benefited if the medical college was established in the eastern part of Sonbeel.

There is a medical college in Silchar. He said that Dohalia under Patherkandi Assembly constituency, bordering Tripura, is regarded as “kidnappers’ paradise” and a medical college there cannot benefit the people. There are about 50,000 fishermen in the Sonbeel area.

Choudhury said as a mark of protest they had appealed to the voters to press “none of the above (Nota) button” in the EVM in the last Lok Sabha elections and some of the voters did so. He alleged that Sarma kept silent on the medical college while campaigning for the bypoll. Sonbeel is socio-economically backward and establishment of a medical college will be a boon for the people. Choudhury foresees “medical tourism” in the area.The committee has also submitted a memorandum to chief minister Sarbananda Sonowal and reiterated its demand to establish the medical college in Sonbeel during his recent visit to Ratabari.

Abdul Noor, 85, a resident of Sonbeel, said people always got assurances from the government to make Sonbeel a tourism hotspot for economic development, but their promise never materialised.

Senior Congress leaders have made it an issue and members of the committee hope that the ruling party could face defeat due to growing frustration of local people.

Restrictions: The Sonitpur district administration on Saturday imposed restrictions under Section 144 CrPc in Rangapara Assembly constituency for free and fair conduct of byelection on Monday. The order will remain in force till the election process is over.

The bypoll is all set to witness a direct contest between the BJP and the Congress.

Four candidates are in the fray — Bijoy Malakar of the BJP, Keshab Prasad Rajak of the Congress, Biresndra Rabidas of the SUCI (Communist) and Independent candidate Parikshit Roy. Number of voters of Ratabari is 161,732.

Additional reporting by our Tezpur correspondent