Tripura will “surely become a model state” if Narendra Modi is voted to power again in the Lok Sabha elections, says Deb 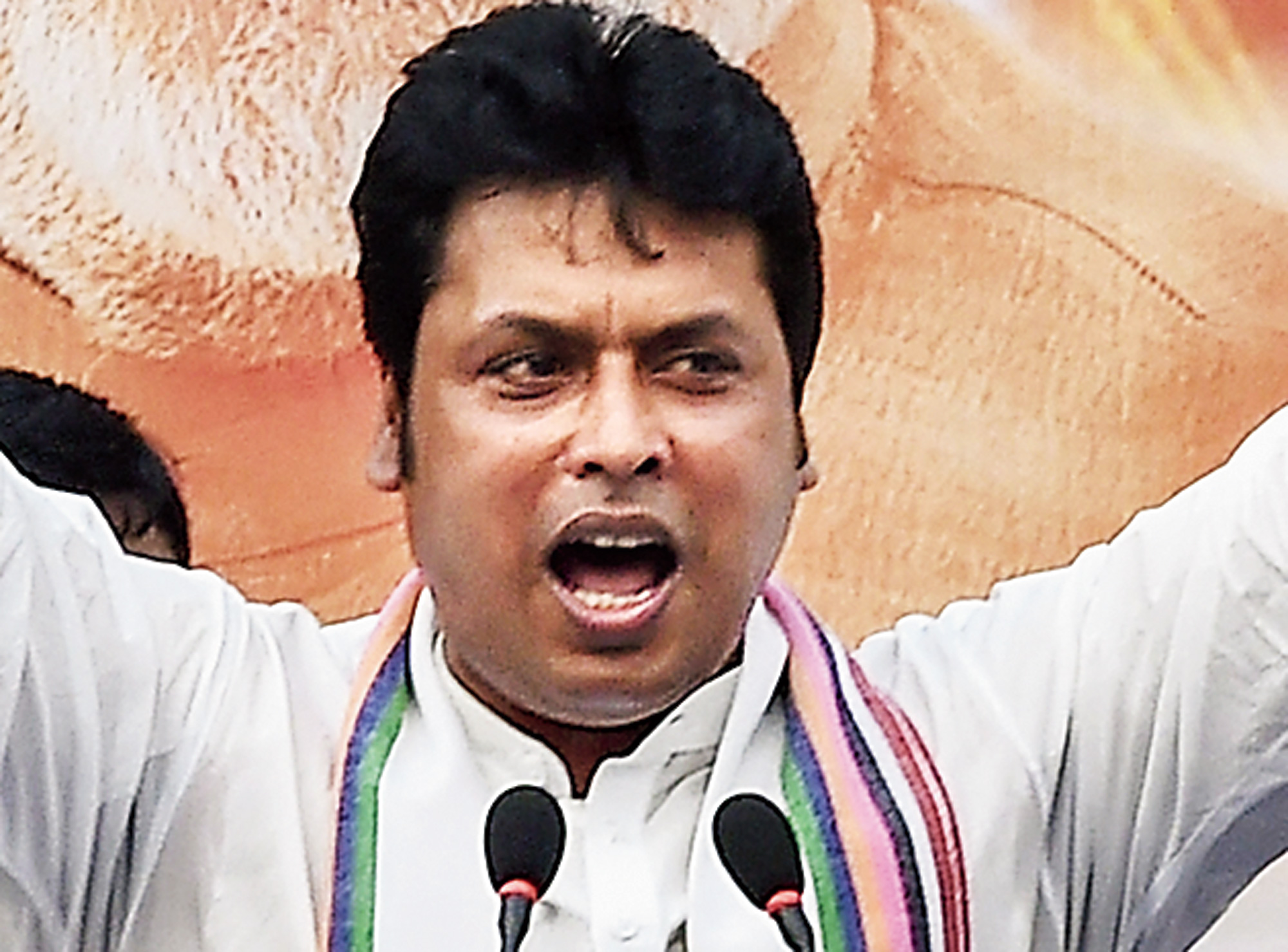 Tripura chief minister Biplab Kumar Deb on Tuesday said casting votes for the Congress would strengthen the CPM in the state.

According to him, Tripura will “surely become a model state” if Prime Minister Narendra Modi is voted to power again in the Lok Sabha elections.

Addressing a news conference in the afternoon at the state BJP office, Deb said the Opposition parties were trying to play divisive politics and warned the voters not to listen to them.

“Your vote for the Congress will strengthen the CPM, but Tripura can be a model state if there is Narendra Modi. Tripura can develop more if he is there. So, I urge the voters not to make the CPM strong and cast their valuable votes for the right candidate,” Deb said.

Deb alleged that the CPM had destroyed the state in the past 25 years.

Highlighting various promises made by the BJP in its election manifesto released on Monday, Deb said the BJP is committed to enactment of the Citizenship (Amendment) Bill, 2019, extension of the National Register of Citizens (NRC) in other states besides “smart border fencing” to stop illegal migration.

The bill seeks to grant Indian citizenship to persons belonging to Hindus, Sikhs, Buddhists, Jains, Parsis and Christians from Afghanistan, Bangladesh and Pakistan who entered India before December 31, 2014, due to religious persecution.

Refuting the CPM’s allegations that BJP goons are attacking them, Deb said: “The allegations are the CPM’s ornaments without which they cannot think anything. The CPM believes in goondaraj, but not the BJP. Our workers are attacked in different places and are hospitalised.”

Tripura will go to polls on April 11 and 18. Campaigning for the first phase ended on Tuesday at 5pm.