Bishesh Huirem, a transgender model and actor, to motivate transgenders to participate in the Lok Sabha elections 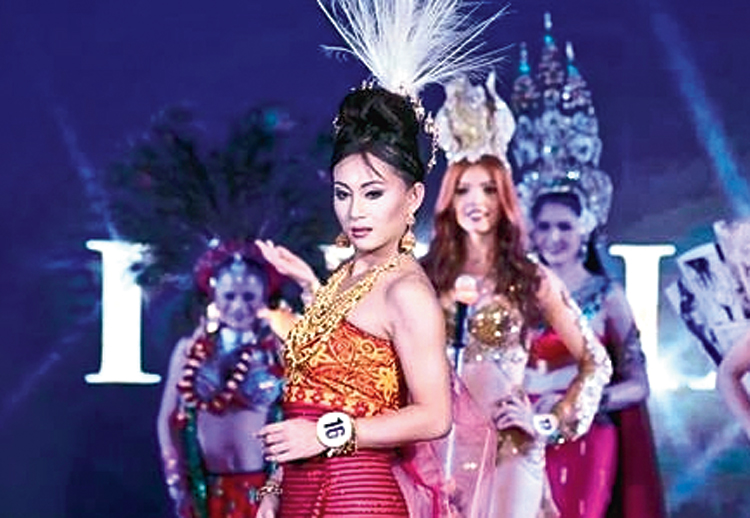 The Election Commission has engaged Bishesh Huirem, a model and actor from the transgender community, to be the face of its campaign in Manipur to raise awareness among voters.

Bishesh, who represented India at the Miss International Queen in Thailand in 2016, has been appointed as one of the “state icons” to motivate the masses, particularly transgenders, to participate in the Lok Sabha elections.

“It is a great privilege to be appointed as a state icon. Not only transgenders, I will to try to encourage more and more people to vote in the general elections,” she told The Telegraph.

She thanked Manipur chief electoral officer Prashant Kumar Singh for giving her the opportunity. Bishesh said she is perhaps the first transgender celebrity in the country to be appointed as a state icon for the parliamentary polls.

A graduate in fashion and apparel designing from Bangalore University, she is one of the highest-paid artistes in Manipuri films and mobile theatres.

She is an important part of the special drive launched by Singh to register names of transgenders and persons with disabilities in the voter list to ensure they get the right to vote.

Bishesh said the number of transgenders in Manipur was far higher than what was reflected in the voter list as a majority of them are still reluctant to come out in the open and prefer to enlist themselves either as male or female in official documents.

For the first time, transgenders were recognised as the third gender by the commission during the 2014 Lok Sabha polls after a landmark ruling by the Supreme Court in this regard.