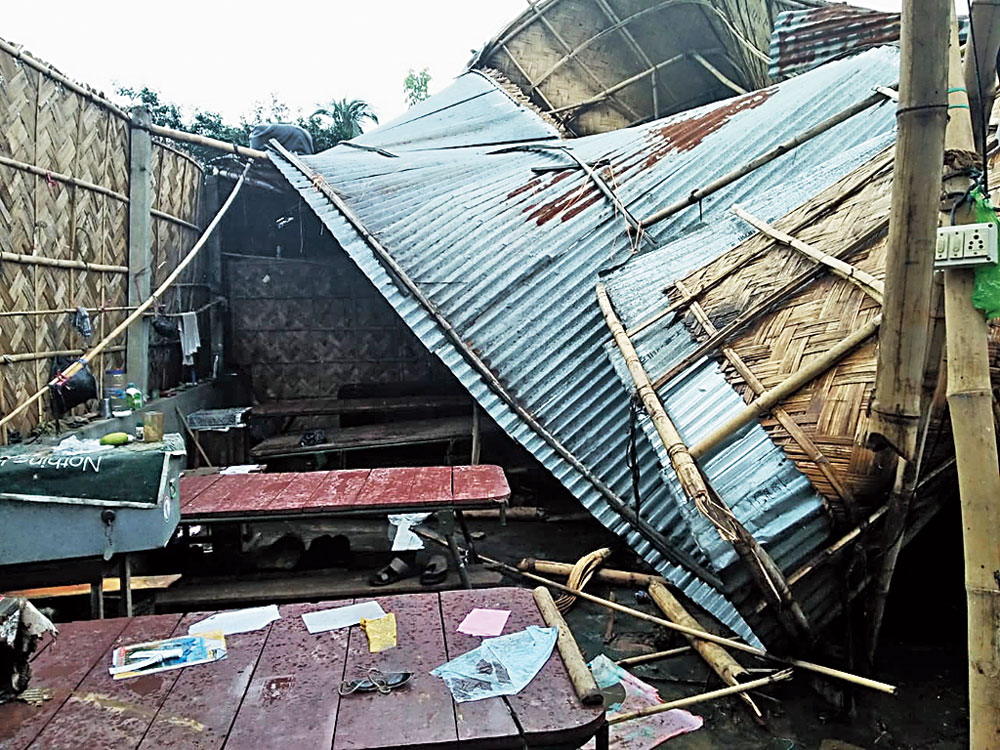 “My son and I couldn’t sleep as the storm raged. You can see the destruction for yourself,” said Ibrahim Ali of Camp Bazar.

“In many areas like Forest Gate, Bapujinagar and Salbari, there has been no electricity since the past three days. Electricity in some areas was restored on Tuesday,” said Das.

The disaster management department said in the first storms, 279 houses, 51 commercial establishments and three educational institutes were hit under Rongjuli revenue circle. Nearly 5,000 houses were damaged in Matia revenue circle. About 660 families were provided with temporary plastic for shelter.

Bhalukdubi government hospital has been hit by a drinking water crisis.

The residents of Goalpara district in lower Assam on Monday night experienced the third cyclonic storm in a week.

The first and second storms, on Saturday and Sunday, had caused much damage and interrupted communication and electricity supply.

The high-velocity storm hit the district around midnight on Monday and lasted for 15 minutes and left behind a trail of destruction.

“About 40 electric poles were uprooted on the campus,” said Sanjib Das, the deputy general manager of the electricity department. A huge solar panel worth Rs 30 lakh was destroyed. An army team arrived in the morning and was trying to clear the roads.

The Dubapara police outpost barracks, where 11 constables and homeguards were asleep, had a narrow escape when its roof collapsed. Three pucca rooms of Mornoi police station were badly damaged.