The police, however, stopped them from going ahead with their protest march. 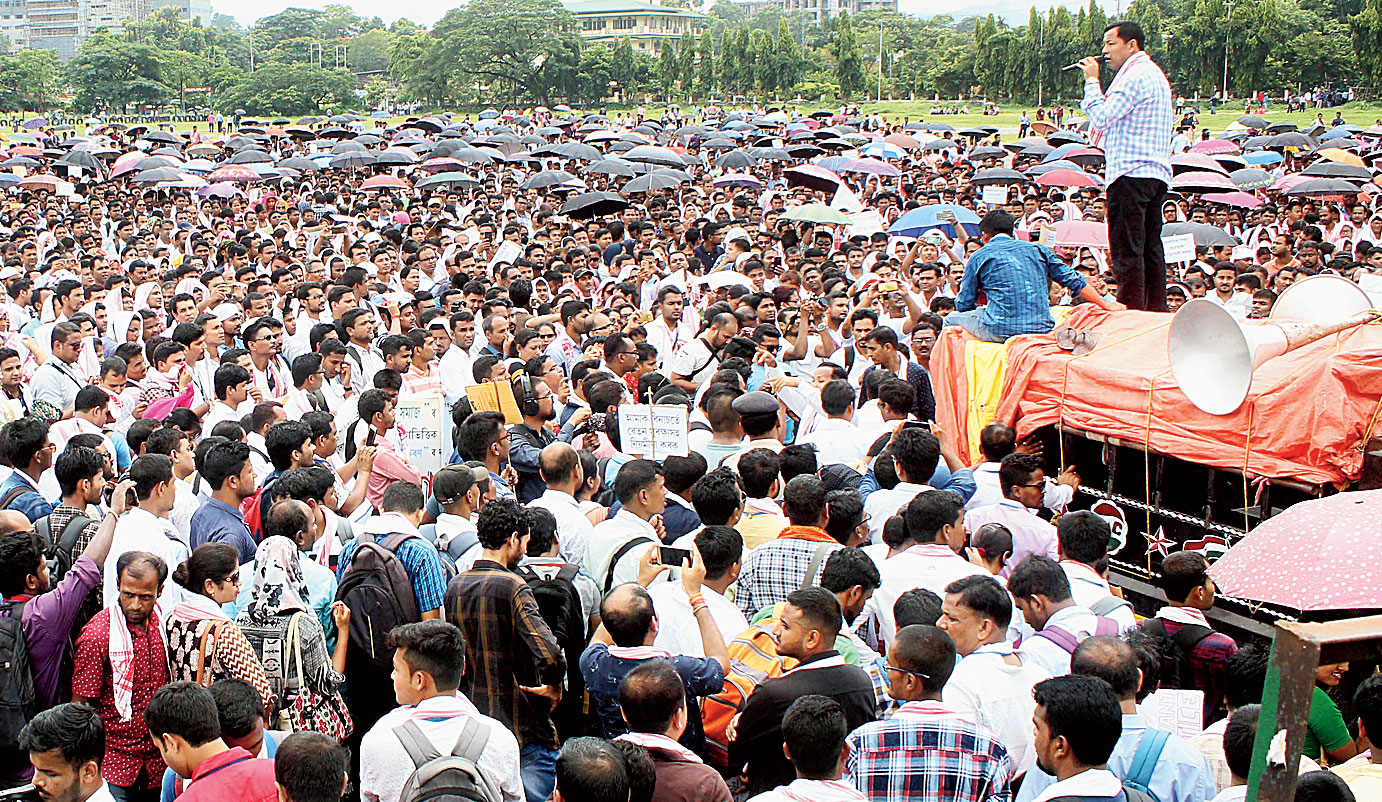 The aggrieved teachers, under the banner of the Sodou Axom TET Uttirna Sikshak Samaj, had given a Dispur Cholo call to protest against the alleged indifference of the state government towards their demands.

The police, however, stopped them from going ahead with their protest march.

The teachers, who had assembled at the Veterinary College playground here at Khanapara since 9am, held a meeting and criticised the BJP-led government in the state for not fulfilling its pre-poll promise to regularise their jobs.

A large number of police and CRPF personnel were deployed at the protest venue to prevent any untoward incident but the protesters dispersed peacefully after the meet ended in the afternoon.

“Regularisation of our services was a promise made by the BJP in its manifesto for the 2016 Assembly elections in the state. But unfortunately even after three years of coming to power, the BJP-led government is yet to take any step in this regard,” the executive president of the organisation, Trailokya Deka, said.

He said they had submitted several memoranda listing their demands to the state government.

“On June 18, all our district committees had submitted memoranda to chief minister Sarbananda Sonowal, requesting him to address our grievances but we are yet to get any response from him,” he said.

He criticised education minister Siddhartha Bhattacharya for making some “insulting” remarks about TET teachers, instead of taking their demands seriously.

The teachers are upset with Bhattacharya for comparing their TET certificates to driving licences and many of them even added the prefix “I am also a driver” to register their protest.

The protesting teachers complained that their repeated pleas seemed to have fallen on deaf ears as a result of which they were living with uncertainty and not being able to fully concentrate on teaching. “We do not want to hit the streets instead of being in the classrooms but the apathetic attitude of the state government has left us with no other option,” said the general secretary of the organisation, Mirajul Rashid.

“We want a conducive atmosphere for teaching and hope that the government will pay heed to our demands so that this becomes our last agitation programme,” he said.