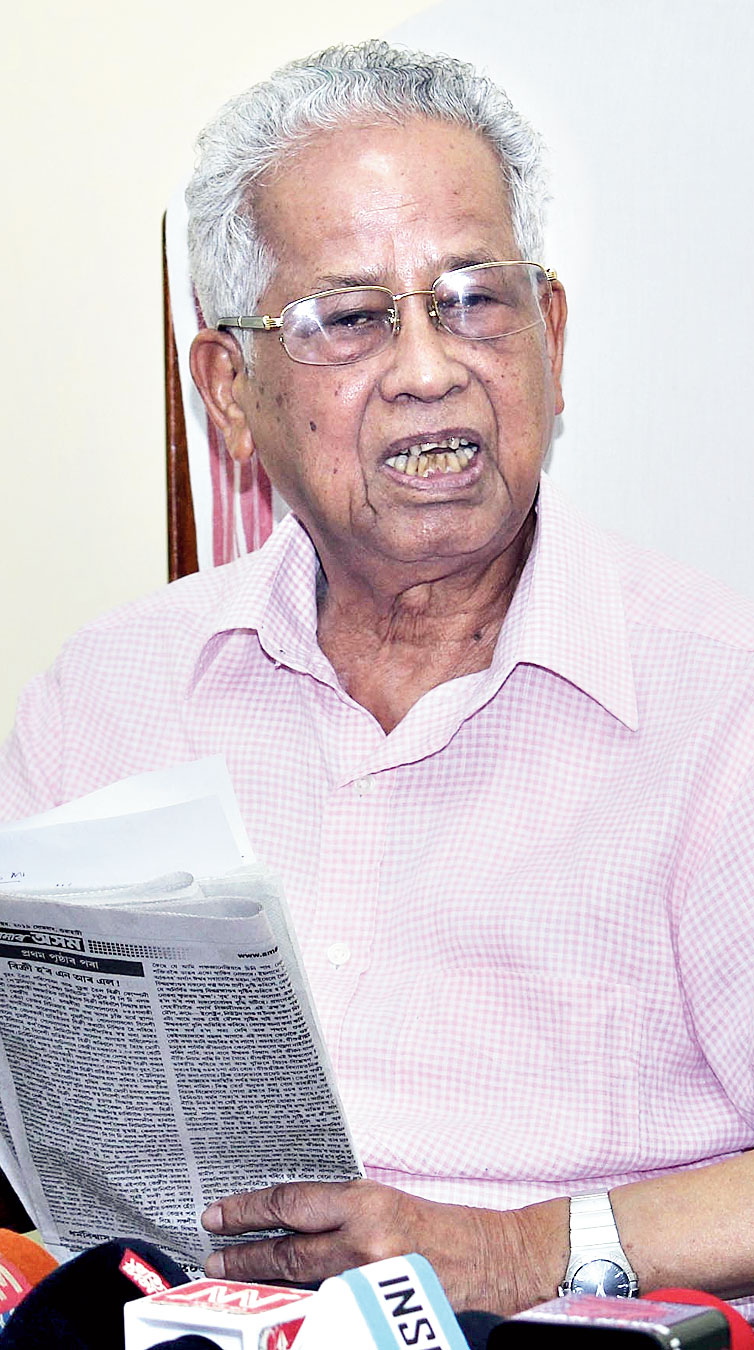 Former Assam chief minister Tarun Gogoi on Monday said RSS chief Mohan Bhagwat’s reported suggestion to chief minister Sarbananda Sonowal to protect Hindus who have been left out of the final NRC is a threat to the communal harmony of the state.

Bhagwat, who had arrived in Silchar on Friday with a three-day programme, had met Sonowal and a delegation of the BJP’s Assam unit, led by president Ranjeet Kumar Dass, on Sunday. During the meeting, he reportedly asked Sonowal to take initiatives to protect the Hindus who have been left out of the final NRC.

Bhagwat has been quoted as saying that Hindus left out of the final NRC need not worry as India will give shelter to all those Hindus who came to India following persecution in neighbouring countries and that the RSS was working to get the Citizenship Amendment Bill passed in Parliament. The bill promises citizenship to such Hindus.

Gogoi said, “Bhagwat’s effort to draw a division line among those left out of the final NRC is condemnable. It is a threat to the communal harmony of the state. The NRC was not updated based on any religion but on the cut-off date determined by the Assam Accord.”

He said, “We want a correct NRC. If the citizenship of a person is determined by religion, the NRC will not be correct. We want citizenship based on the cut-off date of the Assam Accord.”

The Accord sets the midnight of March 24, 1971 as the cut-off date to detect foreigners. Anyone who came to Assam on or after March 25, 1971 would be deemed a foreigner.

Gogoi said there was no difference between the ideology of Bhagwat and Muhammad Ali Jinnah, who advocated partition of the country based on religion.

He also disagreed with Lok Jagaran Manch’s demand, raised in a convention here on Sunday, that the cut-off date to update the NRC should be 1951 and not 1971 as determined by the Assam Accord.

Gogoi said this would complicate matters. “The present NRC, updated based on 1971 cut-off date, is not free from faults. If the cut-off date is made 1951, the NRC will be full of mistakes.” He said the 1951 demand was just a pretext to drag the NRC and citizenship issue in the state.

Of the 3.3 crore applicants for inclusion in the updated NRC, 19.06 lakh names were left out of the final NRC published on August 31. It is assumed by political parties and organisations that most of them are Hindu Bengalis.