Suspected NSCN (I-M) cadres fired at supply trucks, including oil tankers, on National Highway 37 (Imphal-Jiribam road), as the convoy, escorted by security forces, was coming towards the Manipur capital today. 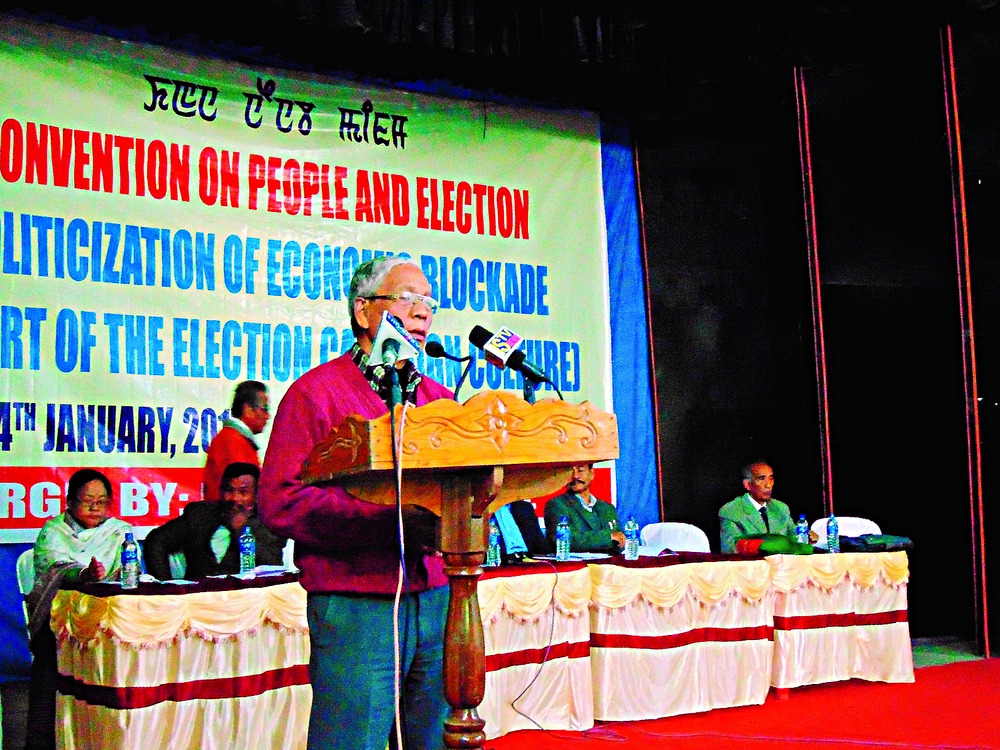 Official sources said no one was injured but a diesel tanker was hit, leading to loss of fuel. The bullets hit the tyre of another truck.

The incident took place at Awangkhul in Tamenglong district, 10km from Imphal, around 11.20am. The convoy was coming from Jiri town.

The security personnel escorting the convoy retaliated but the attackers escaped.

Meanwhile, the Centre has started airlifting diesel to mitigate the impact of fuel crisis triggered by the indefinite economic blockade imposed by the United Naga Council (UNC) on the state's supply lines. Fuel is being brought to the state by IAF planes as the state gears up for Assembly elections in March.

This is the third firing on supply trucks on this route ever since the UNC imposed the blockade on November 1 to protest bifurcation of Naga-dominated districts for creation of new districts.

The Okram Ibobi Singh government has been bringing in supplies through the Imphal-Jiribam highway (National Highway 37) as National Highway 2 (Imphal-Dimapur highway) is more vulnerable. The government has been escorting supply trucks in convoy system, numbering from 500 to 1,000 per trip, twice in 10 days. It is now trying to bring in the supplies twice a week. The government is facing strong pressure from the Centre to reopen NH2.

"We are trying to reopen the Imphal-Dimapur highway but are facing difficulties. The central forces want to perform area domination only and do not want to face the public supporting the blockades. If we use force, there may be casualties, which we want to avoid," Ibobi Singh told reporters here today.

An attempt by the state government to hold talks with the UNC has not been successful. The government had invited the UNC to hold talks in Imphal yesterday but the talks did not take place as the UNC wanted it to be held either in a Naga-inhabited area or in Delhi. The Centre is likely to convene tripartite talks after Republic Day. "We have informed the Centre that we are ready to attend the talks in Delhi," Ibobi Singh said.

Representatives of political parties, including the Congress, BJP, Peoples Resurgence and Justice Alliance and Secular Democratic Alliance, shared their views. Several speakers blamed both the state government and the Centre for not doing enough to lift the blockade.