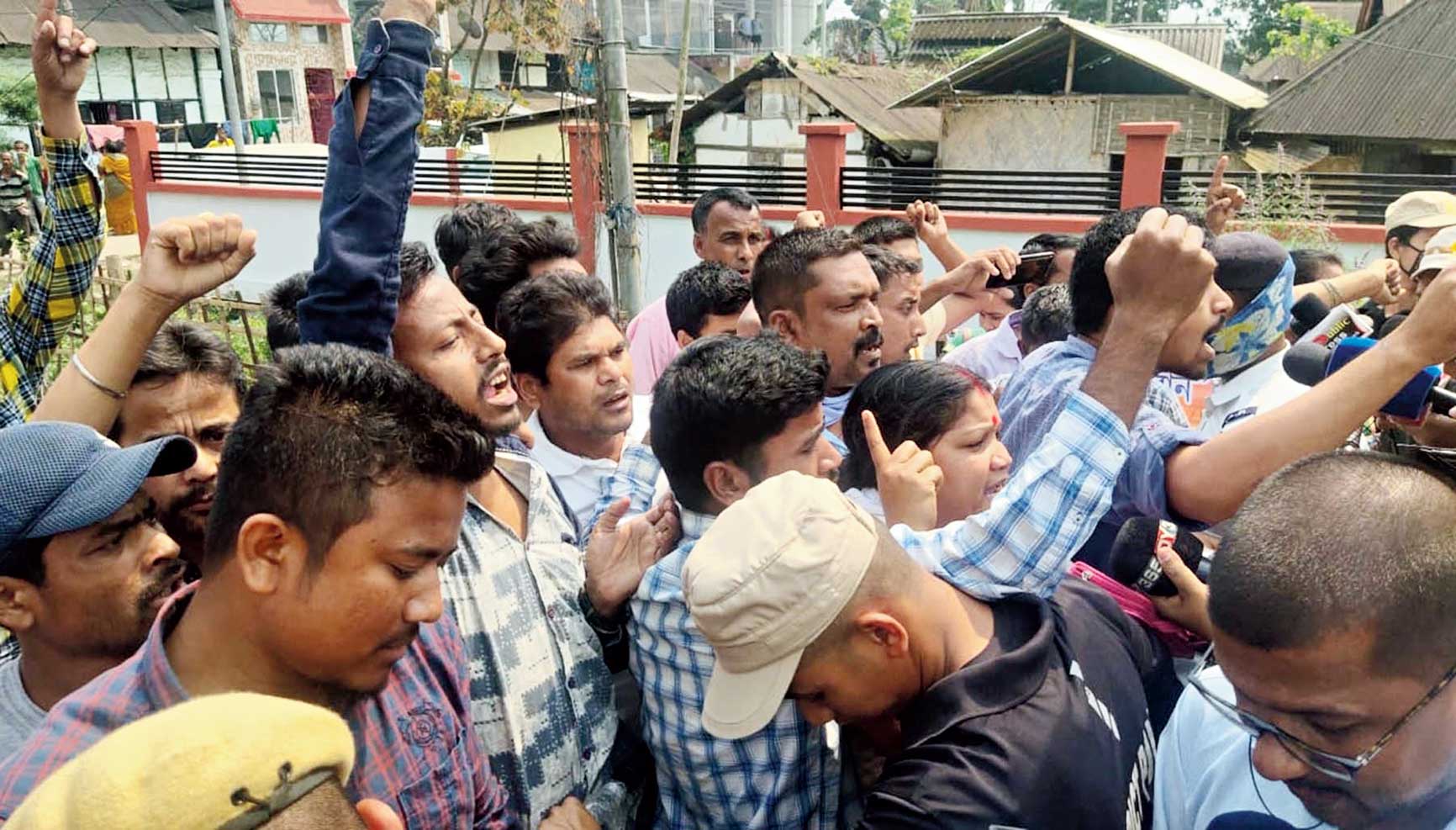 Krishak Mukti Sangram Samiti (KMSS) leader Akhil Gogoi was taken to Sivasagar early on Thursday by a police team, a development which led Barpeta Congress MP Abdul Khaleque stage a protest in front of the Gandhi statue in Parliament, seeking his immediate release.

KMSS joint secretary Mukut Deka said the police team was here for the past three days and were waiting for court orders to take custody of Akhil.

The police team, after getting permission to arrest Akhil, reached Guwahati Central Jail at 5.30am on Thursday and took him to Sivasagar. 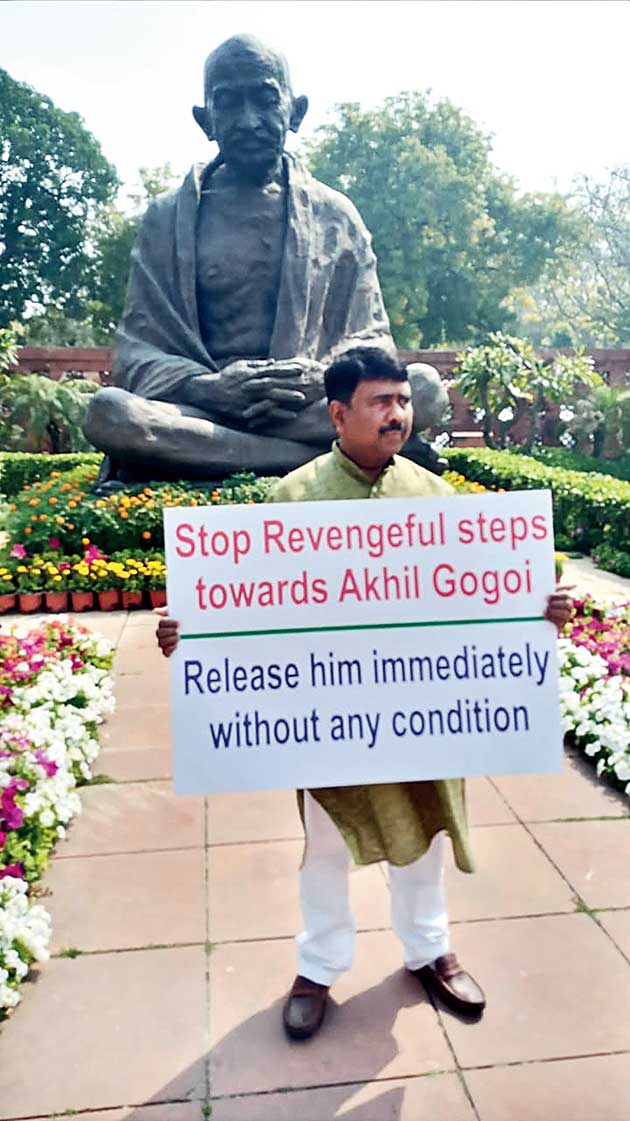 Barpeta MP Abdul Khaleque protests in front of the Mahatma Gandhi statue in Parliament over the re-arrest of the KMSS leader.

He was first arrested by Jorhat police on December 12 last year. Subsequently, the case was taken over by National Investigation Agency (NIA) on December 17.

He was granted bail on Tuesday by the special NIA court, three months after he was arrested for his alleged role in anti-Citizenship Amendment Act protests and for alleged links with Maoists.

“It is a vindictive step since the NIA court had granted him bail. Therefore, we are protesting,” the first-time MP said.

Akhil was taken to Sadar police station in Sivasagar, about 355km east of Guwahati, after a health check-up, according to procedure.

A police source said he was arrested after receiving permission from the court and he will be in police remand for four days.