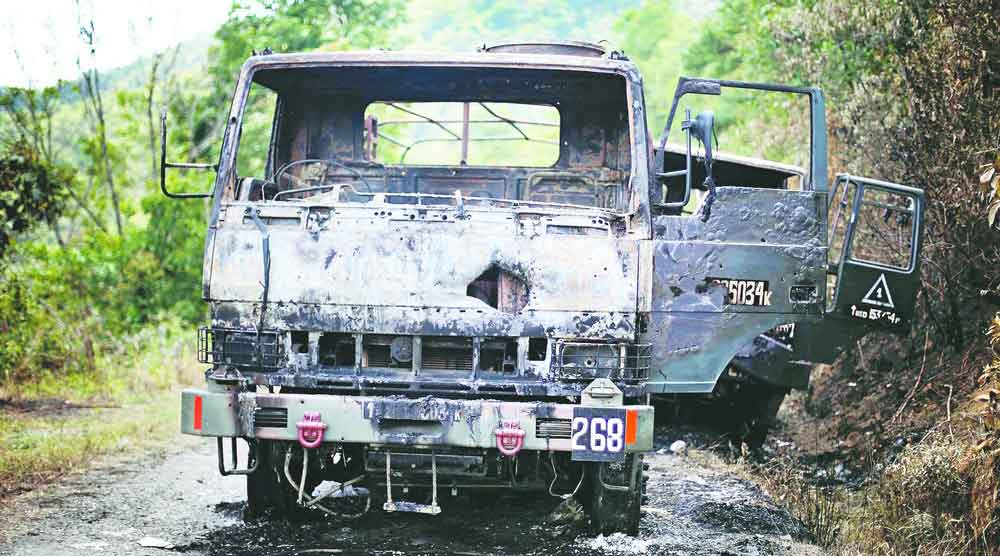 Union Home Minister Amit Shah on Saturday expressed anguish over the ambush on a convoy of the Assam Rifles in Manipur that claimed seven lives and said the sacrifices of the brave soldiers will not go in vain.

Colonel Viplav Tripathi, the Commanding Officer of Khuga Battalion of Assam Rifles, his wife and six-year-old son, besides four personnel of the force were killed on Saturday in a welter of IED blasts and burst of gunfire in Manipur's Churachandpur district.

."Anguished over a cowardly attack on Assam Riffles convoy in Manipur. I express my deepest condolences to the bereaved families. The entire nation stands firmly with our valiant security forces. The sacrifices of our brave soldiers will not go in vain," Shah tweeted.

Meanwhile, a number of militant organisations have started claiming responsibility for the strike.

Initially, sources believed that the attack was carried out by suspected militants of the People's Revolutionary Party of Kangleipak (PREPAK), an insurgent group in Manipur demanding a separate homeland.

Later, the People's Liberation Army (PLA) and the Manipur Naga People's Front (MNPF) claimed that they have carried out the attack on the paramilitary force at Sehkan village.