BJP-led state governments are arresting and detaining even those who are protesting democratically: Neeraj Kundan 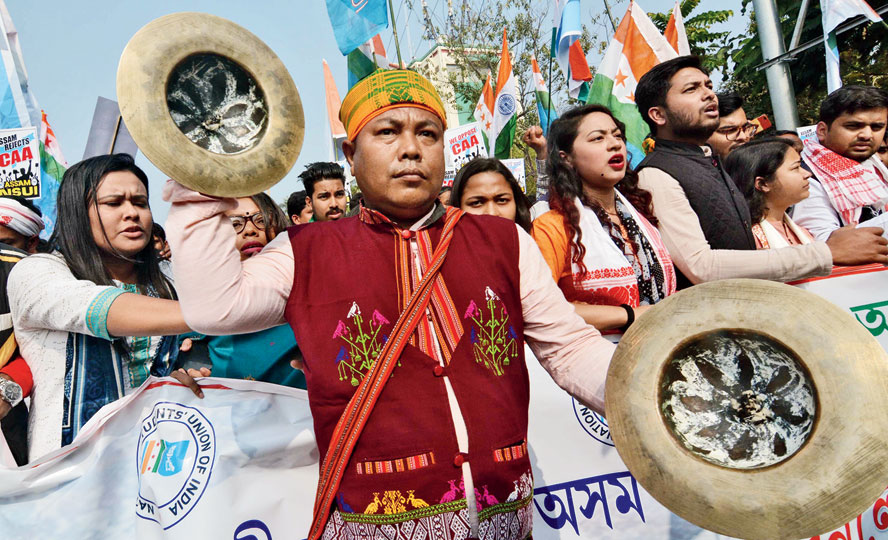 The Assam unit of the National Students’ Union of India (NSUI) on Saturday held a protest here against the Citizenship Amendment Act (CAA) and wrote to governor Jagdish Mukhi saying that the state was not in a position to accept more foreigners.

Around 100 NSUI members staged a one-hour sit-in near Gauhati Club, during which NSUI national president

Neeraj Kundan, state president Jyotibikash Changmai and 40 others were detained and later released.

Kundan told the reporters, “The more the Centre and the state government try to suppress the voice of students, the more they will raise their voice against fascist rules and laws. BJP-led state governments are arresting and detaining even those who are protesting democratically.”

He later tweeted: “Detained during the protest against #CAA at Assam. CAA is totally against our Constitution and democracy. This government is trying to divide people on the basis of religion which India will never accept.”

The All India Congress Committee (AICC) also said that Kundan’s detention was in complete violation of democratic rights.

The AICC tweeted: “In complete violation of democratic rights @nsui President, Shri @Neerajkundan has been detained by Assam police for peacefully protesting against unconstitutional CAA.”

In its letter to Mukhi, the NSUI expressed its opposition to CAA, saying it has created discontentment among the citizens of the country as a whole and Assam in particular.

Changmai wrote that the CAA violates the Assam Accord, according to which the cut-off date is March 24, 1971.

The NSUI urged the governor to convey the message to the Centre to scrap the CAA and bring peace to the state. “Through the Assam Accord, the state has already taken the burden of those migrants who came before March 25, 1971. It is now not in a position to accept the burden of more foreigners. Its population density is above the national average,” it wrote.