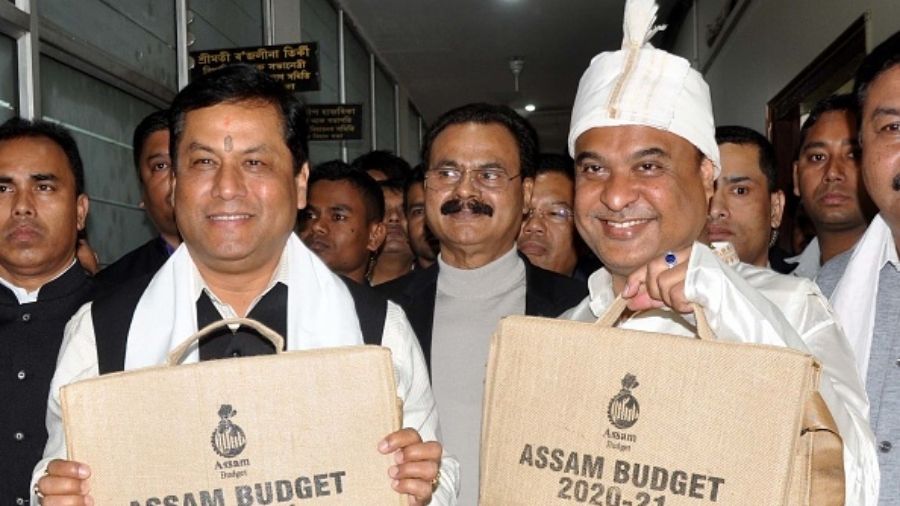 Assam Chief Minister Sarbananda Sonowal on Sunday tendered his resignation to Governor Jagadish Mukhi prior to a meeting of the BJP Legislature Party which is expected to elect the next Chief Minister of the state, Raj Bhawan sources said.

As is the tradition, the Governor asked Sonowal to continue in office till the formation of the new government.

The party's central leadership had summoned Chief Minister Sarbananda Sonowal and Health Minister Himanta Biswa Sarma, both contenders for the top post, to New Delhi on Saturday for discussions on the formation of the next government in the state.

The duo held a series of meetings, lasting for more than four hours, with BJP President J P Nadda and Union Home Minister Amit Shah, following which Sarma said the BJP's legislature party is likely to meet on Sunday and all questions related to the formation of the next government will be answered there.

The BJP had not announced the name of the Chief Minister before the polls and speculations are rife for the last one week on who would be the next Chief Minister of the state.

However, late at night, sources in Guwahati said the scales appeared to have tilted in favour of a leadership change, suggesting Himanta could become chief minister.

Sonowal was projected as the Chief Ministerial candidate during the 2016 polls which the BJP had successfully won, making him the first BJP chief minister in the North East.

On the other hand, Himanta, who had crossed over to the BJP from the Congress and used his political management skills to pave the expansion of the BJP in the northeast, had laid a claim for the chief minister’s post this time.

The pressure from Himanta had put the BJP leadership in a difficult situation and this led to the two being called to Delhi to find an amicable solution.

Himanta’s clout across the Northeast has proved to be an asset for the BJP and party insiders said they can’t afford to annoy or lose him.

Sonowal is a low-profile, loyal and grounded leader, party leaders said, adding that under normal circumstances the leadership would prefer him.

In BJP corridors, home minister Amit Shah’s liking for Himanta, however, is well known and many believe that he could push his case to get him the CM's post.

The ruling BJP alliance is the first non-Congress government in the state to win an election for the second consecutive term.

Of the 126 assembly seats in Assam, the ruling alliance has secured 75 seats with BJP winning 60 while its alliance partners AGP got nine seats and UPPL six.