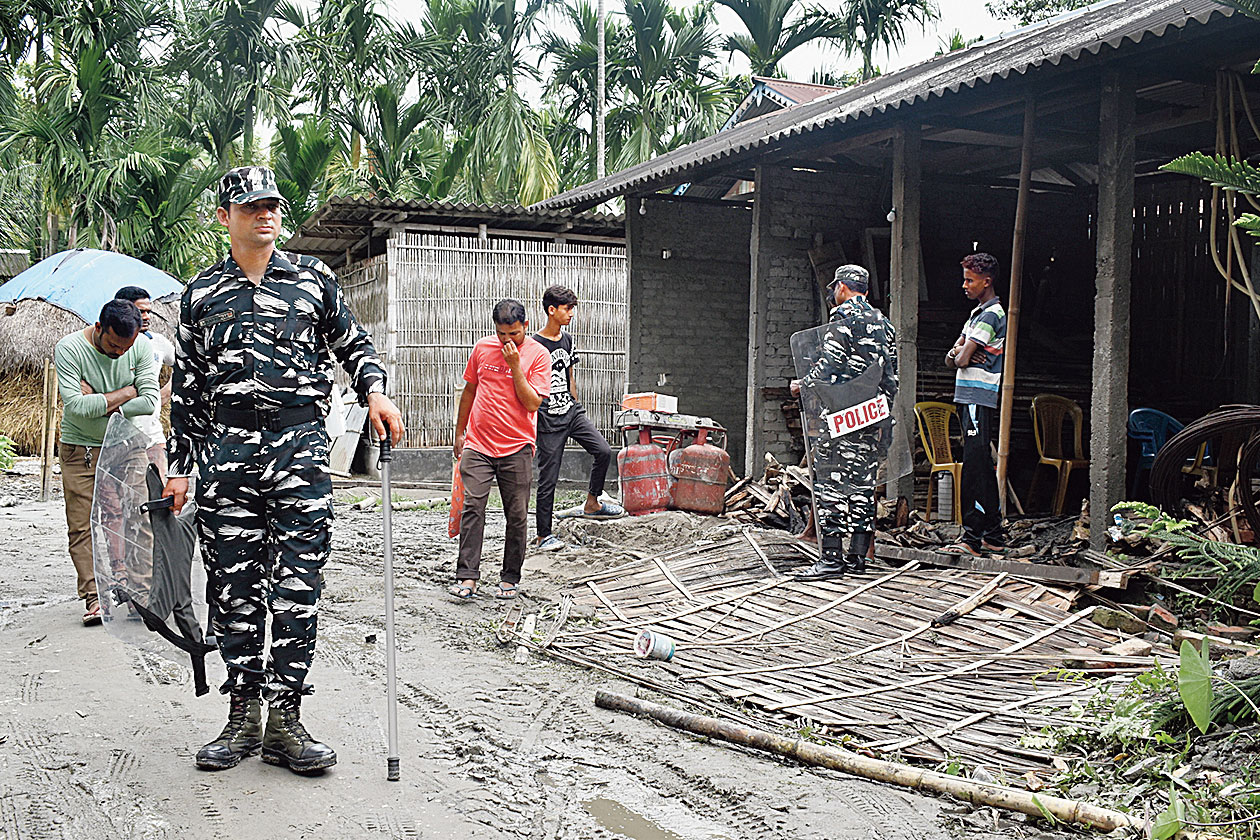 The National Human Rights Commission has sought a report within four weeks from Udalguri superintendent of police and deputy commissioner on the “unnecessary” firing by security forces at a village near Kalaigaon on July 6.

The petitioner had alleged that the family of school teacher Jadav Sahariah, 58, was performing rituals at their house in Ganakpara village when locals, apprehending child sacrifice, raised a hue and cry. The police intervened and a high-voltage drama ensued wherein the forces, after failing to pacify the family members, opened fire with automatic assault rifles. Jadav’s son, Pulakesh, 23, was hit by bullets and died at Gauhati Medical and College Hospital. Jadav and a 15-year-old relative of the family sustained bullet injuries. Eyewitnesses alleged that the family had attempted to attack the police and fire tender personnel with machetes and axe. The police, in pursuance of an executive magistrate’s order, opened fire.

The complainant, who runs Human Rights Forum, a local NGO, expressed grave concern over the “arbitrary act of the executive magistrate and incapacity of the police personnel...to help counteract the situation”. He sought exemplary punishment to the offenders and adequate compensation for the family.

The Udalguri deputy commissioner had ordered a magisterial inquiry by Bhergaon sub-divisional officer (civil) Gakul Chandra Brahma. “I have submitted my findings to the DC,” Brahma said on Thursday.

Bhergaon sub-divisional police officer Nirmal Ghosh said members of the Sahariah family had attacked locals, journalists and police with an axe and stones. The police tried to pacify them for two hours, then resorted to water canons, failing which, on the basis of a magistrate’s order, fired in the air and later shot them below the knee in self-defence.