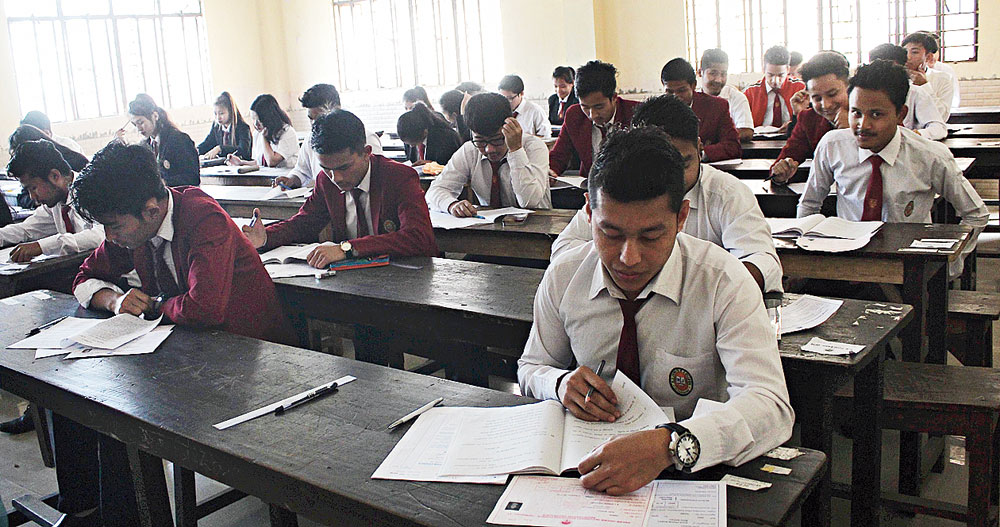 Adjournment of the Rajya Sabha sine die on Wednesday came as a huge relief to Class X and Class XII board examinees and their parents in Assam who were worried that frequent strikes would cripple the state again if the Citizenship (Amendment) Bill, 2019 was passed by the Rajya Sabha.

Board examinations for Class XII began on Tuesday and that of Class X will commence on Thursday.

Although the boards conducting the examinations had appealed to the agitating organisations not to call bandhs during the exam period, an indefinite bandh at Digboi town called by a students’ organisation from Tuesday afternoon — as a protest against the bill — proved how these appeals have failed to make much impact.

The organisations, however, withdrew the bandh on Wednesday after the Rajya Sabha was adjourned sine die. They celebrated the development by bursting firecrackers.

Pranjal Mahanta, a senior orthopaedic surgeon whose daughter will appear for the class X examinations here, was among many who heaved a sigh of relief as the suspense over the fate of the bill ended. “We were really worried, but we can now heave a sigh of relief. We were fearing a period of prolonged unrest had the bill been passed. The protests would have affected students taking the board exams. Thank God the suspense is over,” Mahanta said.

Partha Gogoi, a resident of Sivasagar district, whose son is appearing for the class XII board examinations, was also happy. “My son’s college is around 12km from home. He takes bus or shared taxi to reach college. Had there been a bandh call because of the bill, he would have been in big trouble. It is a huge relief for me today,” he said.

Bodoland People’s Front MP Biswajit Daimary appealed to the organisations to maintain peace. “Now we all should go back to our normal activities and maintain peace. We should keep in mind that the examinations are going on,” he told the media.