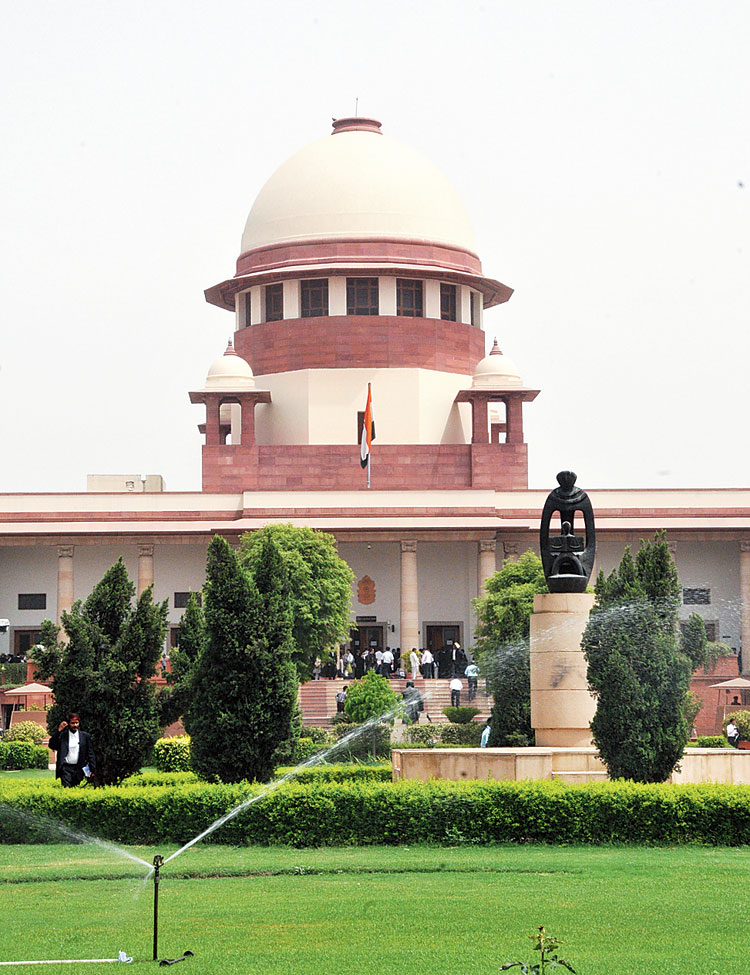 A city-based lawyer, in an e-public interest litigation (PIL) filed before the Supreme Court on Friday, urged the apex court to give guidelines and instructions to state governments, police and the public to regulate the movement of people during the nationwide lockdown to contain Covid-19.

The petitioner, Amit Goyal, said in the absence of proper instructions on how to meet basic necessities and cope with medical emergencies, the people in the country were forced to encounter police brutality, which is in violation of Article 21 of the Constitution.

Goyal, quoting reports, said in his PIL that police were allegedly beating whoever was seen outside. “It is felt that due to not having proper instructions and guidelines, everyone, including the police, are clueless about how to proceed further in this situation and, accordingly, the present petition is filed seeking appropriate directions,” he stated.

He, however, mentioned that the police were seen inactive on Friday when large numbers of people gathered at vegetable markets, violating the norm of social distancing. “This action somehow frustrated the entire purpose of lockdown and if no immediate steps are taken, there will be a massive problem for the country in the near future,” he added.

Goyal suggested that grocery shops be allowed to sell vegetables and have provision of payment by card.

“People should be allowed to use two and four-wheelers as it will cut down on the time they are outside and allow them to carry sufficient goods at one go. There should be home delivery of medicines from pharmacies. Anyone requesting medicines for fever, cold, cough or headache or any disease having Covid-19 symptoms may be tested immediately,” Goyal said.