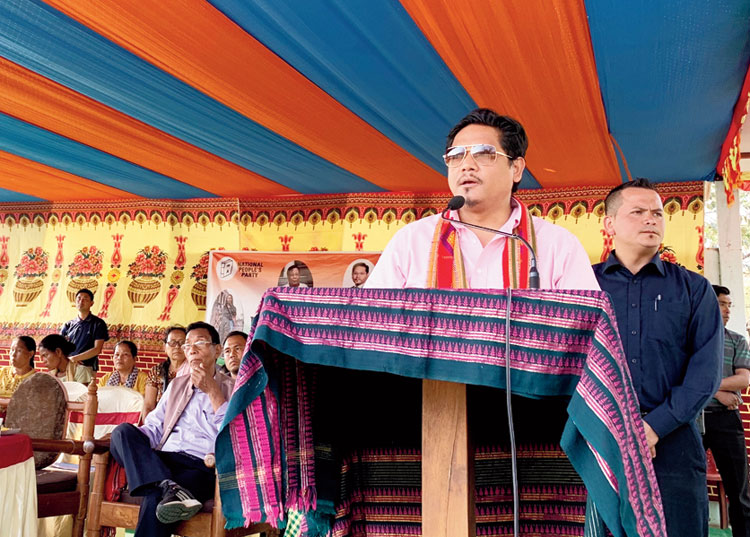 Meghalaya chief minister Conrad K. Sangma on Wednesday accused his predecessor Mukul M. Sangma of being “lackadaisical” about the coal mining ban in the state and monopolising the coal trade.

“In 2014, NGT had banned coal mining in Meghalaya. I ask Dr Mukul Sangma, why did he fail to challenge the NGT order in the Supreme Court? In 2018, when the Meghalaya Democratic Alliance (led by Conrad’s National People’s Party) came to power, the government had to start from scratch and appeal in the Supreme Court. We have engaged with different stakeholders to resolve the ban and are committed to the issue,” Conrad said.

He also alleged that Mukul was engaged in monopolising the coal trade in the state and was least bothered about people’s interests.

“In 2016, the Union coal ministry was working on a policy to exempt Meghalaya from the Mines and Minerals (Development and Regulation) Act, 1957. An order was issued to this effect with final approval to be accorded by the Union home ministry. But the Mukul Sangma government failed to respond to the coal ministry’s order and the letter was misplaced. I would like to ask Mukul Sangma, why did he fail to address the concerns of the people?” Conrad said.

Had the previous government been sincere, he said, the issue of coal mining ban would have been resolved. “Now, the Congress is making video against our party (NPP) and alleging that the NPP has failed to resolve the issue. But the fact that we are working with utmost sincerity to start mining in Meghalaya by addressing environmental and mine safety issues is before the public,” Conrad added.