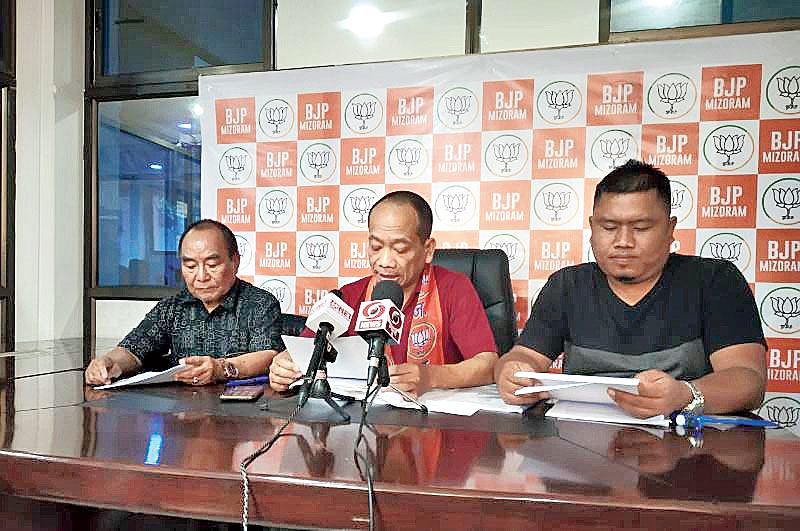 The Mizoram BJP on Thursday endorsed the Centre’s move in scrapping Article 370 and 35A of the Constitution and thanked Prime Minister Nardendra Modi and home minister Amit Shah for the move.

Addressing a news conference here, Mizoram BJP general secretary Vanlalhmuaka said abrogation of Article 370 and 35A was in the party manifesto before this year’s Lok Sabha elections.

“We hail the Prime Minister and the home minister for fulfilling the promise,” Vanlalhmuaka said.

He alleged that Article 370 and 35A of the Constitution had impeded development in Jammu and Kashmir.

Scrapping of the articles and bifurcation of Jammu and Kashmir into two Union Territories will usher in peace and development in the valley, he added.

The BJP leader also slammed the Mizoram Congress and its president Lal Thanhawla for allegedly misleading people by “spreading a lie that the northeastern states are in danger under the NDA government”.

Earlier, the Congress sounded “red alert” saying that the “people of the Northeast are under threat”.

Former Mizoram chief minister Lal Thanhawla also tweeted that Article 371G of the Constitution, which safeguards the interest and existence of the tribals of Mizoram, is under severe threat with the abrogation of Article 370 and 35A.

Vanlalhmuaka said Article 370 and 371 are completely different and whoever is saying that the Centre will scrap Article 371 and put the fate of the Northeast in danger are trying to mislead the people.

He added that BJP national president Amit Shah had assured that no changes will be made in Article 371.

The state BJP expressed sorrow over the demise of former foreign minister Sushma Swaraj who died in New Delhi on Tuesday night.

The party said Swaraj’s stellar contribution towards the development of the country will remain as a legacy and her death was a great lost for the entire nation.