Mizoram agrees to withdraw forces from Assam after border flare-up

Both sides to have interaction and coordination once in a month at the level of deputy commissioners, SPs and DFOs to hammer out any issues 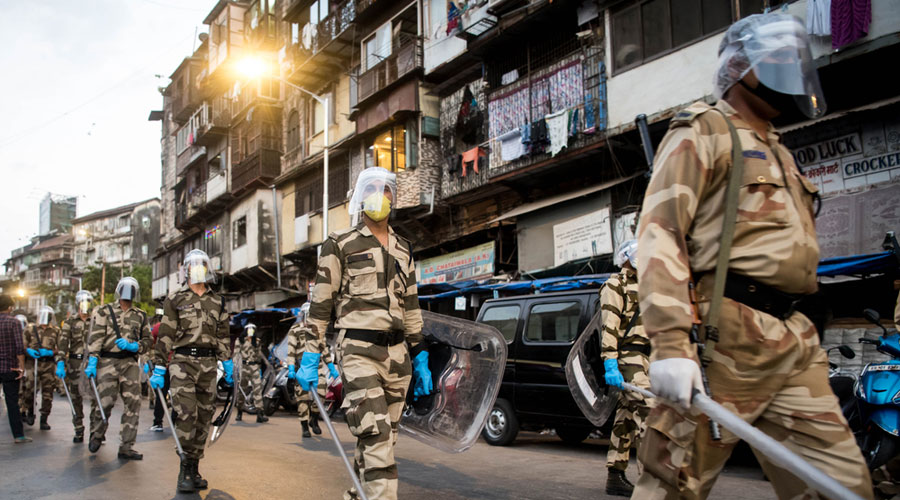 Mizoram decided to pull out its forces from Assam’s territory following the intervention of Satyendra Garg, joint secretary (Northeast) in the home affairs ministry, at a meeting with officials of both the states in Silchar on Wednesday evening to restore normalcy along the border.

Silchar is in Cachar district of Assam.

This is the second time since Monday that the MHA has intervened. Union home secretary Ajay Kumar Bhalla had on Monday held a videoconference with the chief secretaries of Assam and Mizoram — Kumar Sanjay Krishna and Lalnunmawia Chuaungo — and directed both the states to “quickly calm down” the situation along the border.

The Assam government in a statement on Wednesday evening evening said Mizoram home secretary Pi Lalbiaksangi announced the decision to withdraw forces after meeting Garg, who said the Centre and the two states had fruitful discussions and resolved to settle all “issues amicably across the negotiation table”.

In the morning, The tripartite meeting held with Garg followed a bipartite meeting in the morning a meeting was held between Lalbiaksangi and her Assam counterpart G.D. Tripathi to restore peace and normalcy in the disturbed border areas resume the movement of stranded trucks carrying essential commodities stranded on the Assam side of the border. to Mizoram border following the flare-up on Saturday night in Lailapur in Cachar district, the Assam government said.

At least 20 deserted huts and stalls were set on fire along the NH-306 allegedly by a crowd from Variengte in Mizoram’s Kolasib district in response to a clash involving people from Lailapur earlier in the day in the area. The people from Lailapur had allegedly pelted stones at an auto stand in the Vairengte area over border-related issues. At least seven people were hurt.

Variengte check gate is the officially recognised border between the two states. The arson took place about 3km inside the Assam territory, officials from Assam claimed, triggering tension in the area and disrupting movement of trucks to Mizoram.

The meeting between the two senior home department officials was held at an army camp close to Lailapur on Wednesday morning. Lailapur is about 45km from Silchar, which is 330km from Guwahati.

As part of confidence-building measures, both sides would have interaction and coordination once in a month at the level of deputy commissioners, SPs and DFOs to hammer out any issues.

During the meeting at Lailapur, Tripathi, commissioner & secretary (home & border), had asked his Mizoram counterpart to withdraw forces from Assam’s territory at the earliest and to maintain status quo because the presence of Mizoram policemen have triggered “a fear psychosis in the minds of truckers, the government statement said.

Lalbiaksangi said she would communicate the request to the higher authorities while urging Tripathi to first ensure the movement of stranded trucks as soon as possible.

It was also decided in the meeting that both the states would provide security to the people living on both sides of the border.

Apart from seeking the withdrawal of forces, Tripathi also asked his counterpart to book the miscreants involved in the arson on the Assam side of the border on Saturday night and ensure there was no encroachment of reserved forest areas.

Tripathi, on his part, assured that the Assam government and the Cachar district administration would persuade the truckers to resume movement so that people in Mizoram did not face hardship.

“We are for people-to-people contact and keeping every mode of communication open so that the camaraderie and bonhomie that exist between the people of the neighbouring states prevail,” he said.

A statement from Mizoram government said the home secretary-level meeting in the morning dwelt on four major issues and both of them agreed that no steps would be taken in the disputed areas without mutual consultations, consent and agreements of both governments.

The meeting had also agreed that withdrawal of police forces would be taken up once vehicular traffic and the current situation return back to normal.

On Tripathi’s suggestion to withdraw police forces from the area, Lalbiaksangi had said they would remain deployed for the safety of Mizoram residents till the situation returned to normal.

She pointed out there were no reports at all of any incident targeting non-Mizo drivers within Mizoram. In fact, drivers stranded due to the blockade were helped by the Young Mizo Association, she added.