Memorial for soldier who saved Tawang

The foundation stone will be laid on February 14, the day Maj. Khathing is believed to have hoisted the Tricolour in Tawang for the first time in 1951 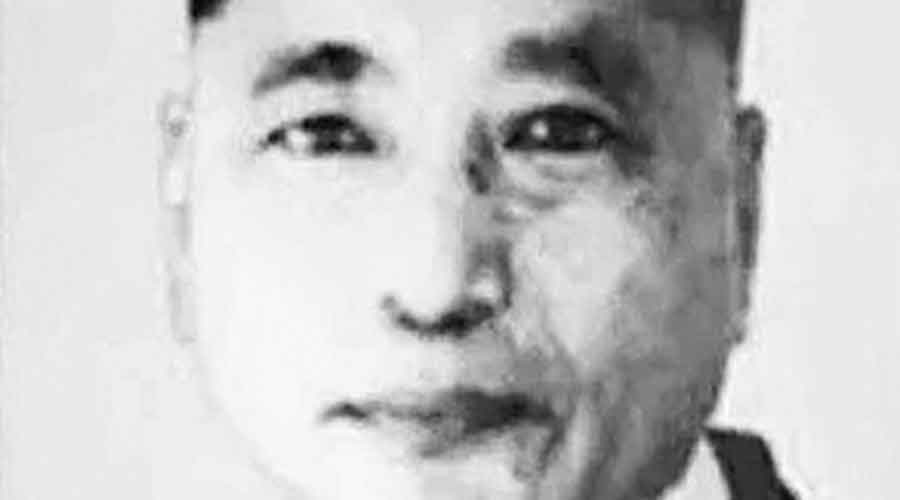 The Arunachal Pradesh government will build a memorial to acknowledge the contributions of Major Bob Khathing, a Tangkhul Naga from Manipur, for formally bringing Tawang under India’s administrative control in 1951 when the threat from neighbouring China loomed large over the frontier state.

Arunachal Pradesh chief minister Pema Khandu said during an official function in Tawang on Friday that the memorial will be constructed by his government and it will also house a museum showcasing Monpa traditions and a cafeteria. Monpa is a leading tribe of Arunachal Pradesh.

The foundation stone of the memorial will be laid on February 14, the day Maj. Khathing is believed to have hoisted the Tricolour in Tawang for the first time in 1951.

Born in Manipur’s Ukhrul district in 1912, Ralengnao Khathing, popularly known as Bob Khathing, is a relatively unknown figure for most of Arunachal and even India. But the people of Tawang still remember him with respect for being the sole Indian official to come as their saviour amid growing threat from China, which claims Arunachal Pradesh as a part of South Tibet. China occupied Tibet in 1950.

The chief minister’s office said Maj. Khathing served in the British Army and fought World War II. During  WWII, he served in the famous V Force and was awarded the Military Cross for his gallantry. He also received the award of Member of the British Empire (MBE). He was also awarded the Padma Shri in 1957.

He was inducted as an assistant political officer (APO) in November 1950 under the Tirap division and was posted at Pasighat and then to Kameng division with its headquarters at Charduar.

Maj. Khathing is believed to have started on an arduous journey from Charduar with a team of soldiers from 5 Assam Rifles on January 17, 1951. This was the first expedition to negotiate extremely inhospitable terrain in sub-zero temperatures. Maj. Khathing reached Tawang with his team on February 6, 1951. The frontier region was sparsely populated and the road network was practically non-existent.

To establish Indian presence up to the extent of the McMahon Line, which was demarcated as the border between India and Tibet in 1914, under the terms of the Simla Convention, required covering the area by foot over very difficult terrain. This was successfully accomplished by Maj. Khathing and his troop of 5 Assam Rifles. He then met and interacted with a number of gaonburhas (village headmen) and quickly and effectively established India’s administrative control over Tawang, a remote part of the country.

Maj. Khathing had an eventful career but most believe that he is yet to get his due recognition for his military, diplomatic skills and nation-building efforts.

After graduating from Cotton College in Guwahati, he joined the British Army. He was later elected to the first Manipur Assembly in 1948. In 1953, he joined the Indian Frontier Administrative Service and in due course went on to become the chief secretary of Nagaland in 1967. He had also contributed to the formation of the Sashastra Seema Bal following the 1962 Indo-China war. He also served as India’s ambassador to Burma in 1972. He died at his Imphal residence on January 12, 1990.

In a tribute to Maj. Khathing in 2018, the Assam Rifles released a video, “A true legend of the Northeast — Major Bob Khathing Ralengnao (1912-1990)”. On its Facebook page, the paramilitary force also said: “Maj. Bob Khathing Ralengnao, a proud Tangkhul Naga from Manipur, a God fearing man of honours & principles, a multi-dimensional personality, he was the first tribal from NE India to be the Ambassador of India (to Burma). Well-known for his humanitarian services to the Nation, he led a team of Assam Rifles soldiers & took peaceful possession of Tawang, establishing Indian administrative control in the region.”

“This memorial will be our tribute to Maj. Bob Khathing,” said Khandu.