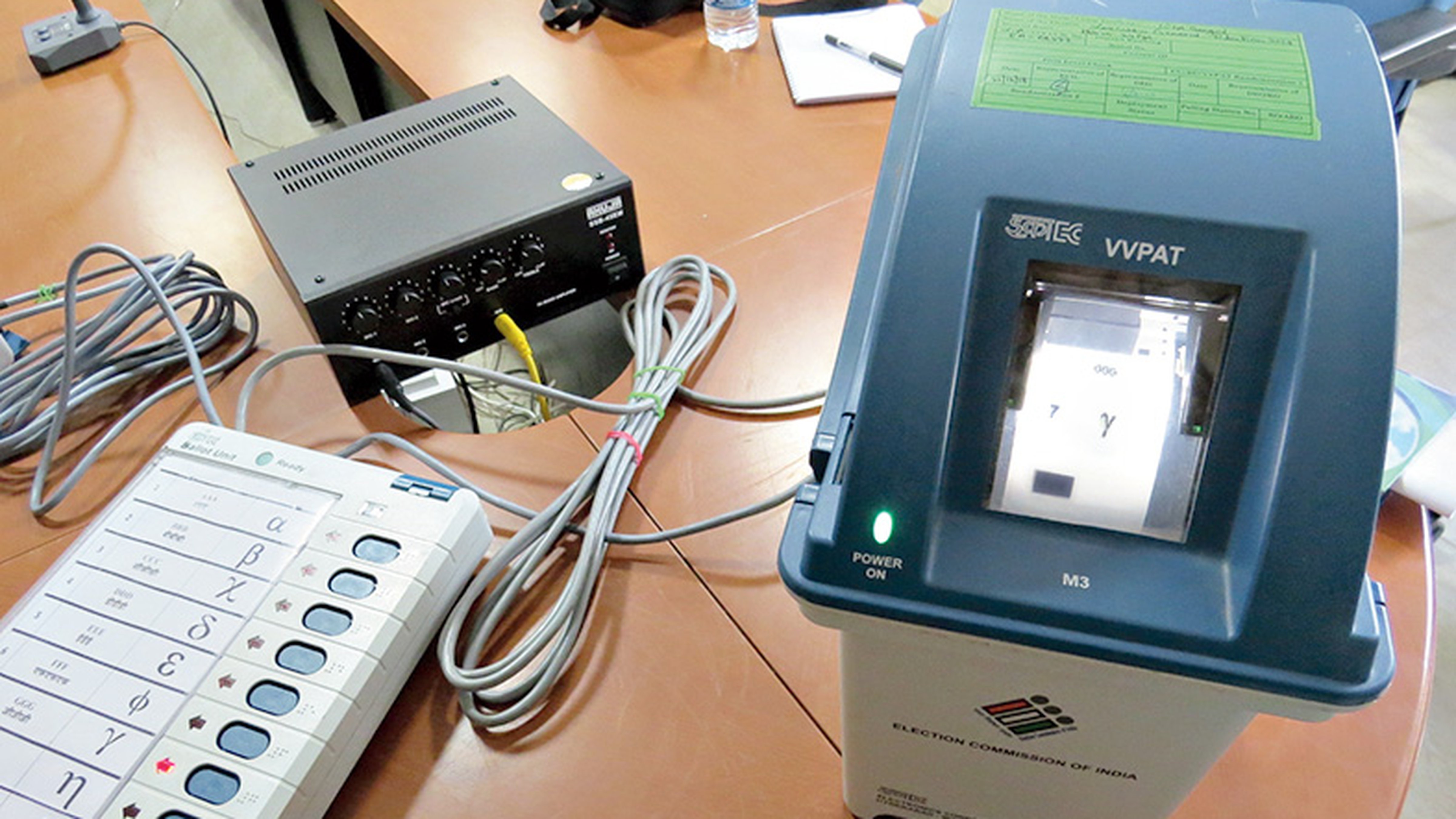 The latest M3 version of Voter Verifiable Paper Audit Trail (VVPAT) will be fully used for the first time in Assam in the parliamentary elections, along with other innovations like ballot paper in Braille, apps and facilities for persons with disabilities (PWDs).

This was disclosed by Kamrup (metro) deputy commissioner Biswajit Pegu and election officer Jimlee Saikia Kakoty at an awareness meet on Electronic Voting Machines (EVMs) and VVPATs, organised by the district administration here on Saturday.

Election officer Kakoty spoke about use of latest technology like VVPATs and apps like Suvidha, C-Vigil, EVM management system (EMS) and Electronically Transmitted Postal Ballot System (ETPBS) for smooth conduct of the elections, in addition to ballot papers in Braille language for the visually-impaired and flying squads to check model code of conduct violations. The VVPATs use thermal paper, capable of withstanding temperatures ranging from -2 to 52 degrees.

Mediapersons were invited to try out the VVPATs, which worked to perfection.

“The parliamentary elections will be announced soon and we are gearing up for it. We have enough manpower and vehicles will be made available. Special emphasis is being given to provide facilities to PWDs. We have received a list of 1,715 PWDs, of whom around 450 have been found to be eligible for voting. We have already marked 257 of them while the process to include the rest is on. Vehicles will be provided for those with locomotor problems to bring them to polling stations where wheelchairs will be available.”