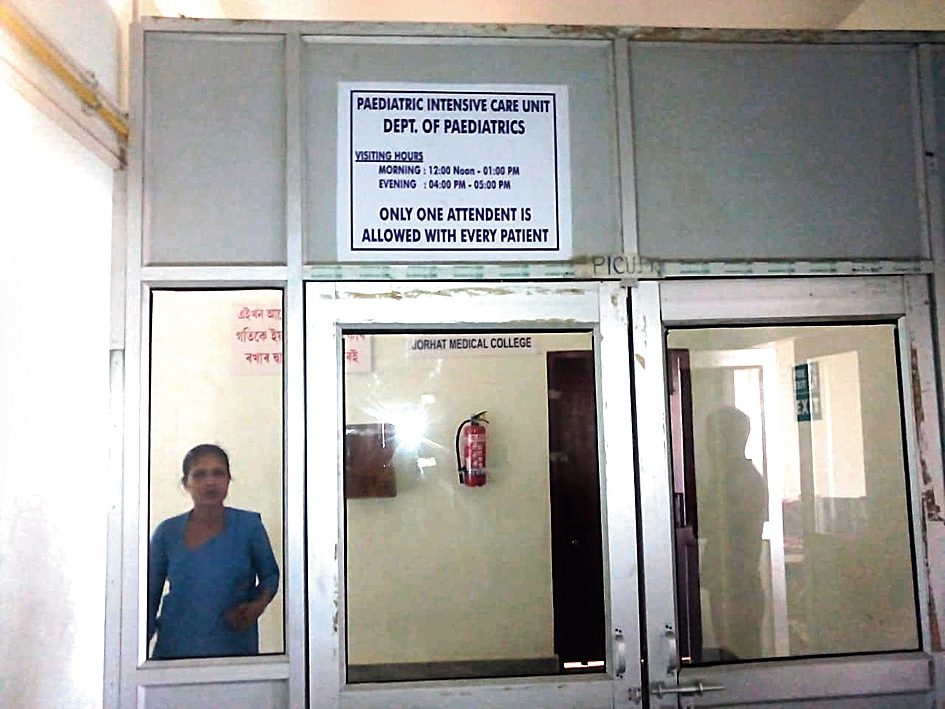 The number of babies who have died in Jorhat Medical College and Hospital (JMCH) since November 1 rose to 18 on Friday, prompting in Dispur rushing a team of experts to take stock of the situation.

Assam health minister Himanta Biswa Sarma, responding to the unfolding crisis, said, “A team is proceeding to Jorhat now. It’s led by district medical examiner and assisted by an Unicef official and a paediatrician from GMCH. Dr Rita Bora will join from AMCH.”

The JMCH authorities had on Thursday formed a six-member committee to probe the death of 15 newborns in six days (November 1 to November 6) and submit its report within seven days.

JMCH principal Debajit Hazarika told The Telegraph that the inquiry committee, headed by Pranabjit Biswanath (the head of the paediatrics unit), has submitted the report which he has handed over to the government.

Hazarika said all the deaths were due to “late reporting”. Explaining the cause, he said the mothers of the newborns that died in the hospital did not have records of pre-natal check-up neither at the JMCH or at peripheral health centres like referral hospitals or PHCs of the district from where the expectant mothers were referred to the JMCH in a critical condition at the final stage of delivery. Therefore, their admission to the special care newborn unit (SCNU) was required, the principal said.

He said the doctors and the supporting staff “did their best” in providing care to the newborns, but out of 84 admitted to the SCNU during the six days (November 1 to 6), 15 newborns died till Thursday.

Hazarika said another reason identified by the committee was that the SCNU has a capacity to admit 40. On an average, the hospital has 69 babies a day.

Attendants of three deceased babies were reluctant to talk but the father of a baby admitted there said there should be “more visits by senior doctors”, at least for patients admitted in a critical state.

Jorhat deputy commissioner Narayan Konwar said the JMCH had not informed him about deaths of newborns. After getting to know about the deaths from the joint director, health, Amrit Saikia, he asked for a report. “After going through the report, I will decide whether an inquiry is required,” Konwar said.

“The present one is an in-house probe. An independent probe is required,” a source said.

The JMCH had also hit the headlines last year when a newborn girl was allegedly switched after birth. The incident came to light after Jorhat police last week received a report from the Central Forensic Science Laboratory in Calcutta, which stated that the parents’ DNA did not match the newborn’s. The baby died the same day. Prior to that a “deceased baby” was partially eaten up by stray dogs.