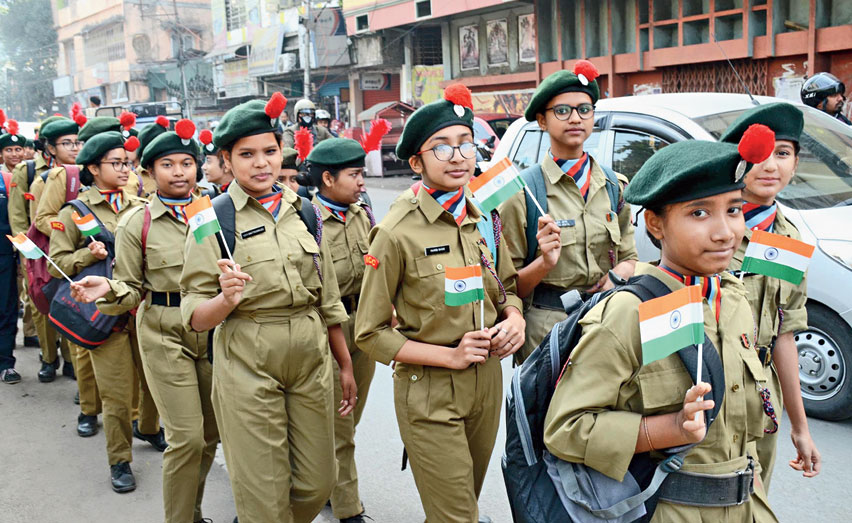 The Opposition Congress in Assam invoked Netaji Subhas Chandra Bose to convey the message of secularism in the time of “growing communalism” in the country.

PCC general secretary Durga Das Boro, while addressing a function to observe the 123rd birth anniversary of Netaji at Rajiv Bhawan here, said India has become “intolerant” within a short period of time.

Netaji’s birth anniversary was celebrated across the state on Thursday with chief minister Sarbananda Sonowal unveiling a bronze statue to mark the day.

Bora said, “It is high time India follows the ideology of Netaji, his idea of inclusiveness.” He said the entire country is on the boil after the passage of the Citizenship Amendment Act (CAA).

Like the Congress, the All Assam Students’ Union (AASU)and Krishak Mukti Sangram Samiti (KMSS) have also said CAA is an attempt to polarise the Assamese society and that the people of Assam will never accept the Act.

Sonowal in his tribute to Netaji, tweeted, “Netaji’s spirit of nationalism and valour will forever inspire us to take the nation forward. Solemn tributes to the iconic freedom fighter, #NetajiSubhashChandraBose on his birth anniversary.” “Took part in the #NetajiJayanti observance in Guwahati,” Sonowal added in his tweet.

“I appeal to the state government to ensure safety in Bengali-dominated areas by establishing permanent army camps and police outposts,” he said during a programme to observe the birth anniversary of Netaji at Saikhowa Mukali Mancha in Tinsukia. Tripura education minister Ratan Lal Nath said in Agartala on Thursday the previous governments have failed to recognise Netaji and his work for his country.

He was addressing a rally in Netaji Subhash Vidyaniketan School ground.