Cash haul in Arunachal town a day before Modi rally 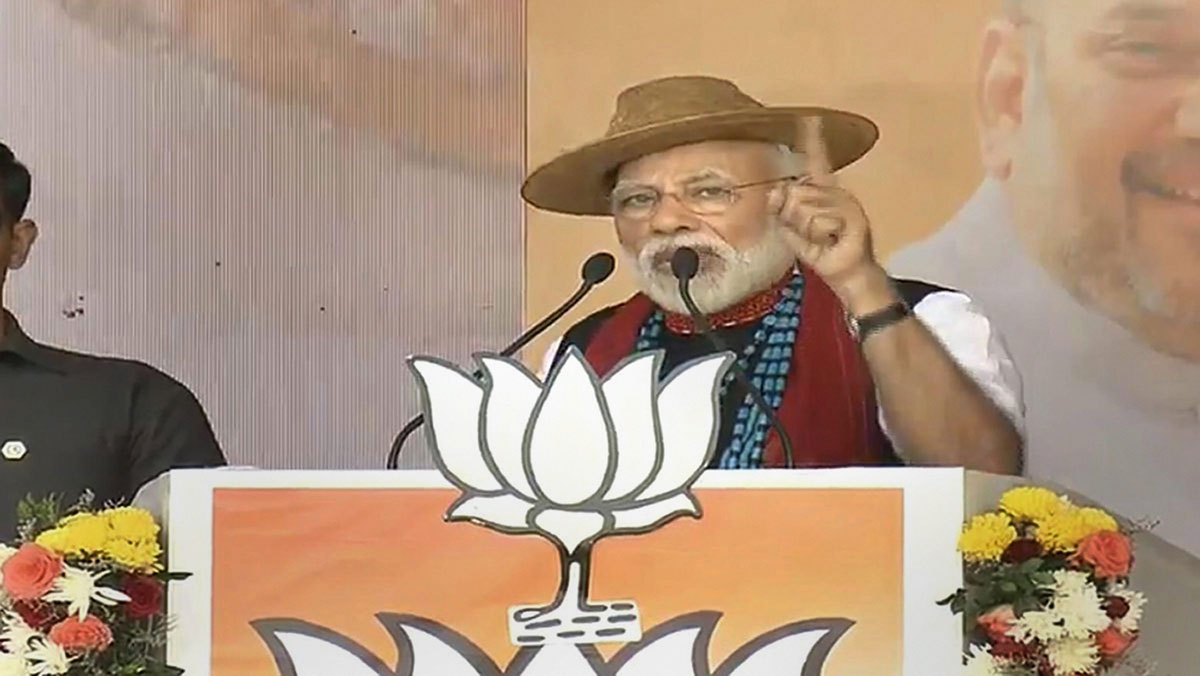 When Prime Minister Narendra Modi landed at Pasighat in Arunachal Pradesh on Wednesday, the BJP was battling a storm associated with the overnight seizure of Rs 1.8 crore in cash from two cars in the same town.

The vehicles from which the cash was found on Tuesday night have been linked to the son of a BJP candidate in the Assembly polls and a senior official in the state transport department. The BJP is in power in Arunachal, where the Assembly and Lok Sabha elections will be held on April 11.

From one vehicle, which belongs to Christopher Perme, the son of BJP candidate D. Perme, Rs 1 crore was found. The other vehicle, from which Rs 80 lakh was found, is registered in the name of the state government and deputed to a transport department official.

But the state-owned car was apparently being used by a former Congress MLA. It is not clear why the politician was using a government car.

The seizure in East Siang district took place hours before Prime Minister Modi addressed a rally at Pasighat, the district headquarters, around 266km from Itanagar.

That the seizure and the Prime Minister’s rally took place in quick succession raised the profile of the controversy, fuelled by claims that the vehicles were part of the convoy of the Arunachal chief minister. In New Delhi, the Congress alleged a “cash-for-vote” scandal and demanded that Modi be booked.

Arunachal BJP president Tapir Gao denied that the vehicles were part of the convoy of chief minister Pema Khandu. Officials said the cash was seized around 9.30pm on Tuesday after raids on the Siang Guest House in Pasighat following allegations levelled by a group of youths who are said to be Congress supporters.

Darrang said that Perme later submitted papers showing that the Rs 1 crore was meant to complete the construction of two buildings and he had borrowed a part of the money from one of his friends.

“Borang claimed that he was in possession of Rs 80 lakh to purchase a piece of land and he also had borrowed a part of the amount,” Darrang said.

Once the model code of conduct kicks in, anyone carrying more than Rs 50,000 in cash must possess documentary proof of the source of the money and the purpose.

Darrang said the case had been handed over to the income tax department for further investigation.

State BJP chief Gao said the seized cash should not be attached to BJP in any way because the party had nothing to do with it.

In New Delhi, the Congress said FIRs should also be registered against Khandu, deputy chief minister Chowna Mein and state BJP chief Gao. BJP leaders in Delhi refused to comment on the seizure.