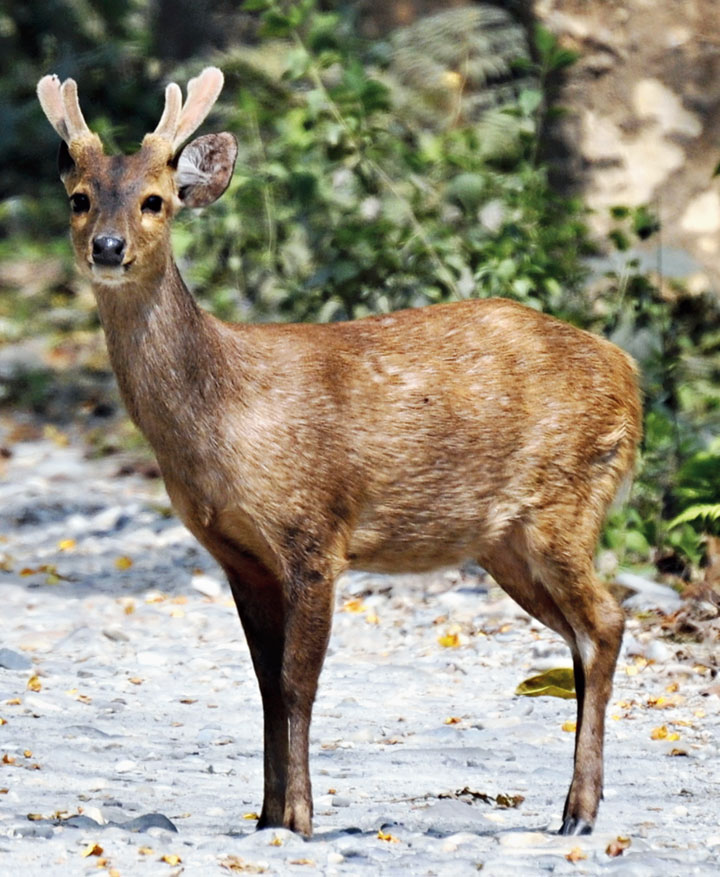 The endangered hog deer in Manas is on a recovery path.

The study published on Saturday in the Journal of Threatened Taxa was done by Alolika Sinha and Bibhuti Prasad Lahkar of Aaranyak , an NGO, and Syed Ainul Hussain of the Wildlife Institute of India. The study was done in 2015-16.

Lahkar said: “In this study the estimated population of hog deer has been put at 3,545 which is considerably different from the previous estimate of 1,626. The sampling protocol used to derive this estimate was not clear. Nonetheless, our study finding indicates a possible recovery of hog deer population over the years with the cessation of conflict which can be attributed to enhanced protection and anti-poaching measures.”

The first intensive study carried from Assam which focussed on estimating the population of hog deer in Manas put its number at 3,545. The estimated hog deer density is 18.22 per sq km.

Prior to the armed conflict in the late eighties, Manas harboured an abundant hog deer population of approximately 10,000.

The endangered hog deer (Axis porcinus) has experienced drastic population decline throughout its geographical range and there is limited knowledge of its current population status, particularly from the Northeast.

“This may underestimate incidents of hunting as many go unreported. We also found snares along the southern boundary of the park which were possibly set up to trap hog deer, other small mammals like hares and birds,” she said.

“Another emerging threat to the species in Manas is attack by feral dogs. We recorded six incidents over a period of two months (February-March 2016) when they attacked and killed deer, although the dogs were not seen eating them. A multitude of factors like habitat degradation, occurrence of invasive plant species, and anthropogenic disturbances might affect the hog deer population in Manas. The influence of these various factors on hog deer population can be drawn more conclusively upon long-term monitoring of its population and grassland habitat.” Sinha said: “The potential threats to hog deer identified in Manas include habitat loss, habitat degradation due to spread of invasive plant species, illegal hunting and other anthropogenic disturbances. Our study suggests that the hog deer population, though reviving, needs immediate conservation attention.”

Researchers involved in the study say this baseline population estimate will be useful to monitor future changes and conservation of hog deer in one of the high-value conservation landscapes. One of them said: “Manas is the most promising potential habitat for long-term survival of hog deer in western Assam, given that it is the best protected grassland habitat in the region. We suggest regular monitoring of their population and habitat improvement to document population recovery with minimisation of the extant threats and formulation of future management strategies.”