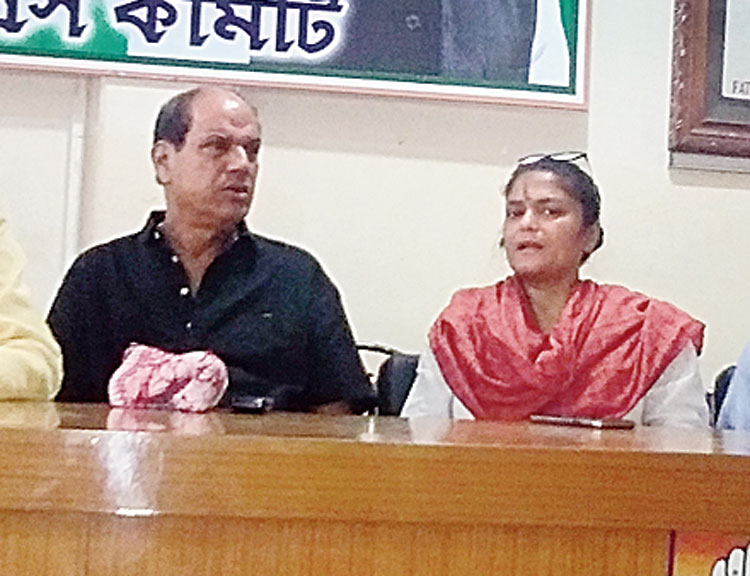 Mahila Congress president Sushmita Dev on Thursday said the Congress would usher in an era of progress and development for the masses, especially for the poorest in the country, if voted to power.

Dev, who has been nominated by the Congress in Silchar seat in south Assam, said here that Congress president Rahul Gandhi has made announcements about the Nyuntam Aay Yojana, an initiative to fight poverty in the country. Under the scheme, 20 per cent of the poorest families of the country (about five crore households and around 25 crore people) will get Rs 72,000 yearly (Rs 6,000 monthly).

She said the Congress would work to solve the problem of unemployment, which, under BJP rule, has allegedly reached its highest point in the past 45 years. “Prime Minister Narendra Modi had promised to provide two crore jobs per year, but the government has failed to do so. Moreover, around two crore people lost their jobs because of demonetisation,” she said.

Former minister Ajit Singh on Thursday said people of tea communities had been deprived of development in the past five years. He said several issues related to education, jobs, sanitation and pure drinking water exist in tea garden areas, but the government has not paid heed to it.

Former Katigorah legislator Ataur Rahman Mazarbhuiya said, “The drama (of the BJP) is going to end soon”. He said “if there was a competition for natak, Modi would get the first prize. People have suffered a lot because of the government, especially on account of the National Register of Citizens update, and they would give a strong reply through the ballots.”