Cygnett Hotels and Resorts - the fastest growing hotel chain in the country - will open two hotels at Itanagar in Arunachal Pradesh and Dibrugarh in Upper Assam in April and September. 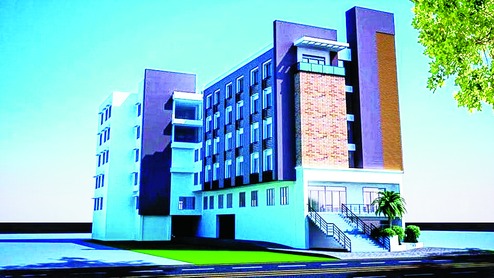 Guwahati: Cygnett Hotels and Resorts - the fastest growing hotel chain in the country - will open two hotels at Itanagar in Arunachal Pradesh and Dibrugarh in Upper Assam in April and September.

"Both towns will get hotels with international service standards," said founder and managing director, Cygnett Hotels and Resorts, Sarbendra Sarkar.

Both will be in the 3-star category.

Dibrugarh is the tea hub and an industrial hub, while Itanagar is the capital of Arunachal Pradesh. Both the hotels are of the Cygnett Inn brand.

The company said the Cygnett Inn is the budget brand that does not adhere to the "budget" definition in any way except in its prices. It is a full service hotel with modern design, next generation in-room technology.

Other hotels which are in the pipeline in the Northeast are in Manipur and Meghalaya (Shillong, and Cherrapunji) and partners for those projects are being finalised.

The company already has Cygnett Inn Repose in Guwahati and Cygnett Park Meghna in Bongaigaon.

"We are doing extremely well with 75 per cent plus occupancy," he said.

The company has seven brands for different target groups.

The company has adopted cloud-based central reservation system (CRS) and online reputation management (ORM), which allow the hotel chain to increase brand visibility and high room revenue through its distribution and e-commerce.

Guwahati has already seen the entry of major hotel chains and most of them are doing very well.

Cygnett has 13 operational hotels in India and one in Nepal. The company expects to add around 14 more hotels in 2018.