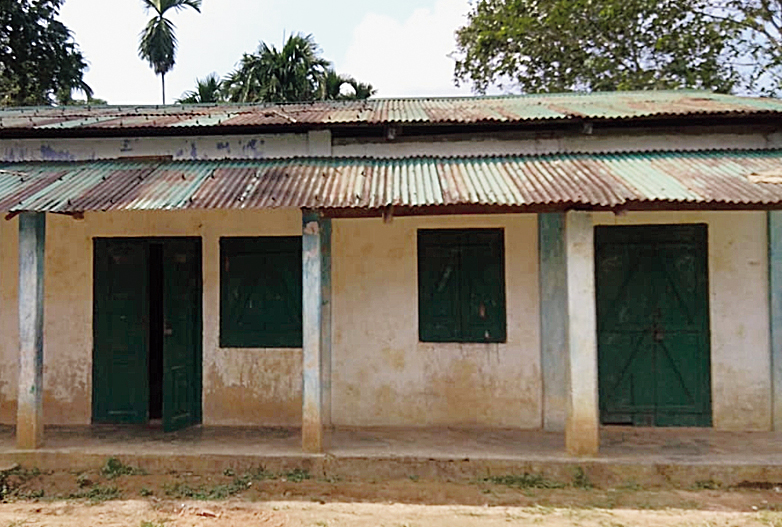 An IAS officer is leading a crowd-funding campaign during the festival of lights to renovate a lower primary school in Meghalaya’s West Garo Hills.

Inspired by the gesture of chief minister Conrad K. Sangma, who donated Rs 3.14 lakh for renovation of a school in West Khasi Hills, Swapnil Tembe, subdivisional officer (civil) of Dadenggre, has initiated the campaign for renovating the Songadingre lower primary school.

Tembe will also donate his two months’ salary towards the renovation of the dilapidated school building. “This Diwali, let’s renovate and transform this school, to light up the faces of the children of Songadingre lower primary school,” Tembe said in his post on Milaap via Twitter.

Milaap is India’s largest crowd-funding website. Until the filing of this report, 11 individuals had donated to the cause and Rs 40,250 has been collected so far.

“What you see in these pictures, is unfortunately, the condition of several government schools here in rural Meghalaya. And in such dilapidated and unlit structures, it’s difficult to imagine how the little kids will inculcate interest in education. Recently, our chief minister renovated a school by donating his own salary,” Tembe said.

The bureaucrat said he had pledged to renovate the Songadingre lower primary school in his subdivision by donating his two months’ salary this Diwali.

He is also trying to garner at least Rs 1.5 lakh through crowd-funding, as he not only wants the school to be renovated but also turn it into a model institution.

He said many people had approached him with the desire to help after the successful completion of previous crowd-funding projects on an Anganwadi centre and distribution of solar lamps.

“I look forward to contributions from those who wish to play a role in enhancing the infrastructure of our government schools,” the young civil servant, who was posted in Dadenggre in October last year, said.

Tembe said the lower primary school (up to class V) caters to about 30 students, and is located close to his office.

The school, which was established in 1956 by the Presbyterian Church, was taken over by the government after the creation of Meghalaya.

The school had remained neglected for over two decades.