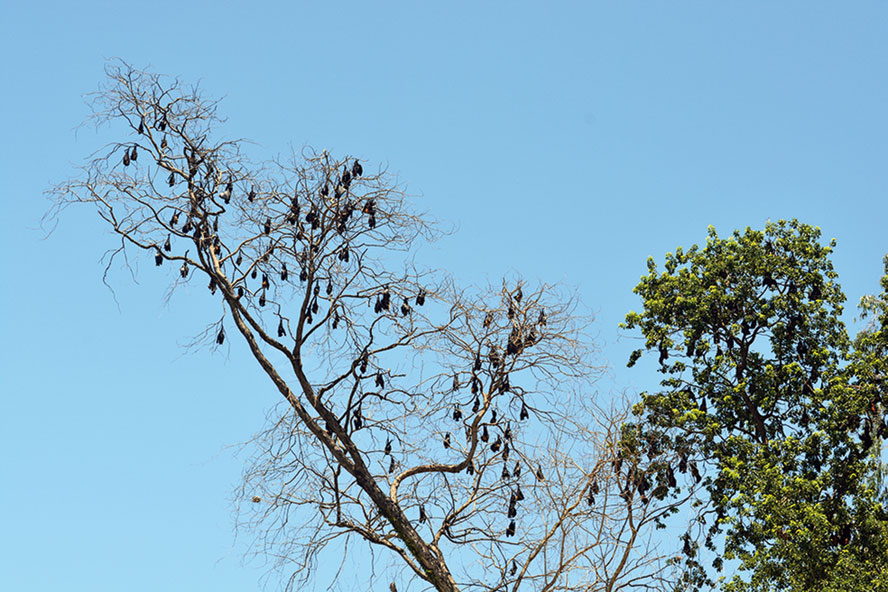 The widespread fear of bats, which have been linked to the emergence of viral diseases like SARS (severe acute respiratory syndrome), MERS (Middle East respiratory syndrome) and now Covid-19, have not deterred the people of Paneri in Assam’s Udalguri district in their egalitarian and enlightened attitude towards the flying mammal.

After the outbreak of Covid-19 and slandering of bats on social media, a group of 64 chiropterologists (bat researchers), scientists and conservationists from six Asian nations released a statement in April expressing concern about increase in stigmatisation and killing of bats owing to “unverified opinions” about the animals being the source of Covid-19.

Residents of Paneri and its neighbouring areas maintain that these nocturnal animals swooping around in the air is an everyday delight. “We love these creatures with whom I grew up. They have immensely contributed to maintaining the ecological balance of the region, as bats flourish where an ecosystem is healthy and stable,” local resident Priyangjyoti Talukdar said.

Interestingly, the bats are confined only to the sprawling Paneri police station campus, which offers them shelter. Elder citizens said the bats took shelter in the giant eucalyptus trees on the campus after they were hunted a couple of years back.

“There are more than a 1,000 bats inhabiting the trees on the Paneri police station campus. They draw the attention of nature-lovers of Udalguri district and these creatures have never attacked or harmed humans,” said a policeman.

Udalguri-based conservationist Nabajyoti Baruah said, “Bats, even if carrying viruses, cannot directly infect humans. There is no evidence that bat faeces can transmit viruses to people. Contrarily, there are several ecological benefits that bats fulfil in terms of pollination and crop protection.” “Bats help in pollination of fruits like banana, mango and peach. Bats are quite timid and basically ignore humans. Bats tend to like flowers that don’t give off a strong scent or offer bright colours, the opposite of what attracts bees. These plants, like night phlox, evening primrose, fleabane, moonflower and goldenrod, that the bats like, also seem to have an abundance of nectar,” he added.