The rates of petrol and diesel have been enhanced by Rs 5.11 per litre and Rs 5.06 per litre, respectively 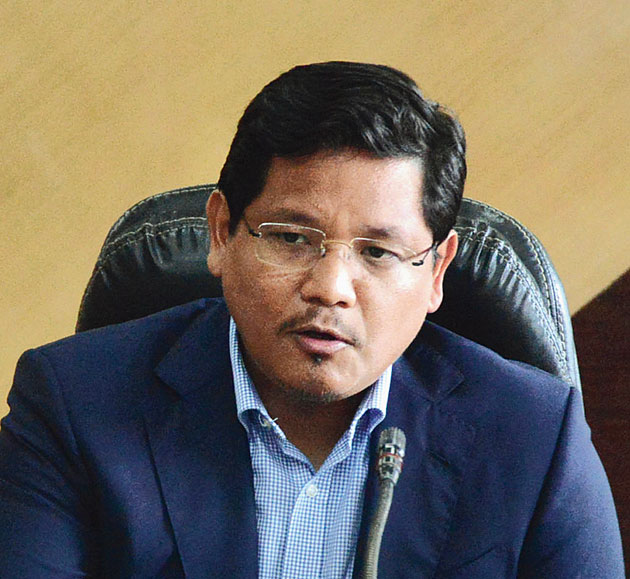 Meghalaya has increased taxes on petrol and diesel in a bid to augment its resources, which are under stress in view of the Covid-19 pandemic.

In an order issued on Tuesday, the government announced enhancement of taxes on motor spirit, including petrol, by 31 per cent or Rs 17.60 per litre and on diesel by 22.5 per cent of Rs 12.50 per litre, whichever is higher. The new taxes came into effect from midnight.

Speaking to reporters on Wednesday, deputy chief minister Prestone Tynsong said, “Actually, the price of crude oil has fallen across the world. In January-February, the retail price of petrol was around Rs 75.50 per litre. But even after this current enhancement of the taxes, the price is still reasonable.”

He said other states were also taking similar steps as a measure to meet the expenses.

“We cannot help but increase the taxes. I am confident that the people will appreciate this step because we want to combat this pandemic. The expenditure incurred by the government is not less,” he added.

Tynsong said nobody knew how long it would take to fight against the pandemic.

Moreover, he said that the government will allow more than 300 stranded migrant labourers in 10 out of 12 districts to move to their respective places.

But these labourers would be given a medical certificate, which they should take to their respective villages/localities to prevent any kind of misunderstanding with the other inhabitants.

However, he said migrant labourers in East Khasi Hills and Ri Bhoi would not be allowed to move as yet. These two districts are home to the Bethany Hospital.

The first Covid-19 case was detected from Bethany Hospital here while there is another hospital located at Nongpoh, Ri Bhoi. But till date, no positive case has come from the hospital at Nongpoh.

Tynsong added that till Wednesday, 1,046 samples have been tested, of which, 937 have turned out to be negative. There are 11 actives and one has succumbed to the virus. The results of 97 samples are awaited.

The deputy chief minister also said till date, Meghalaya has procured more than 66,000 personal protective equipment (PPE) kits, out of which, 20,905 have been distributed to the district medical and health officers in all the 11 districts.

Earlier, chief minister Conrad K. Sangma said the government has temporarily halted the use of rapid anti-body test kits following an advisory from the ICMR.