The villages, where the affected hail from, sealed and the mosques sanitised by the district administration 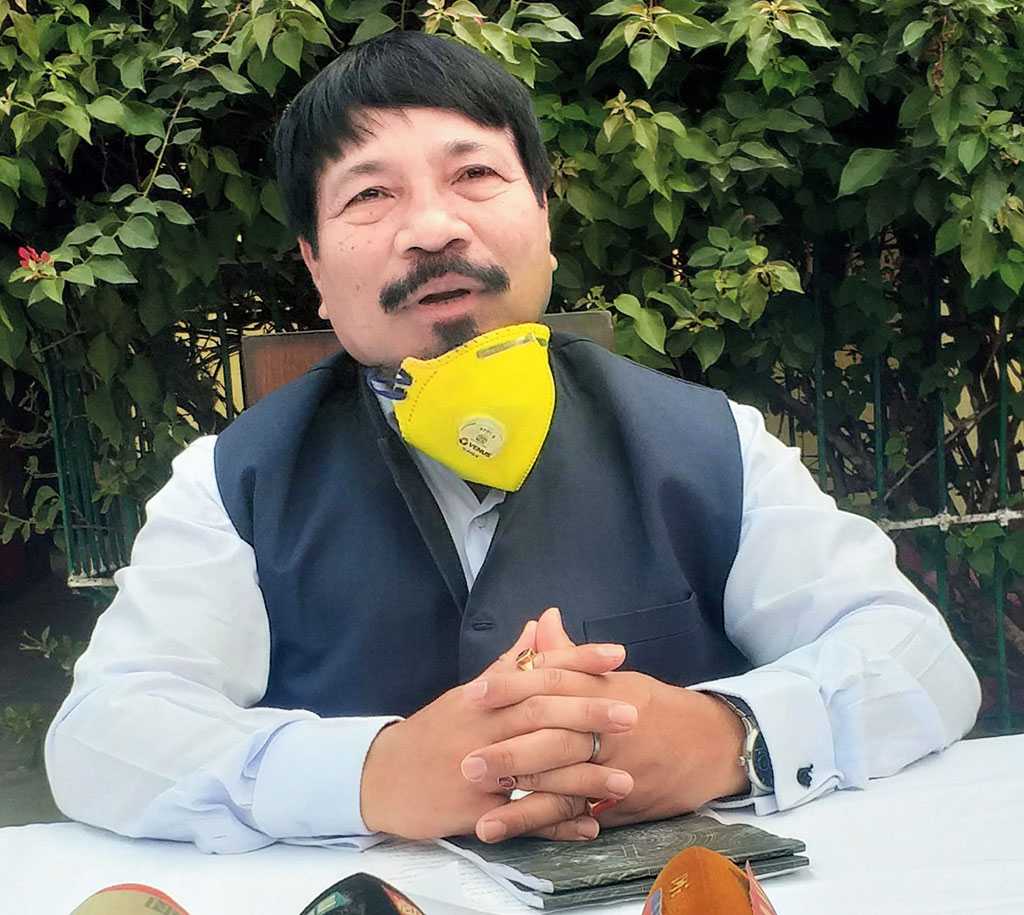 Golaghat district is on its toes after eight persons tested positive for Covid-19, the first case in Upper Assam, on Wednesday night.

As those who tested positive had attended the Nizamuddin congregation — which has now emerged as one of the epicentres of the outbreak in the country — there is all-round panic in the district and its adjoining areas.

Following the state government’s declaration, the villages, where the affected hail from, have been sealed and the mosques were sanitised by the district administration.

Such has been the panic that a section of villagers has set up temporary barricades with bamboos to deny entry to their villages.

“We will never allow any outsider to come to our village,” Manoj Baruah, the secretary of Baruagaon village defence party, said.

Since all those who tested positive belong to a minority community, the district administration is using the public address system and engaging leading citizens in the Muslim-populated areas of the district to make people aware of the danger to public health. The aim was to motivate them to come forward and share details about those who went to Nizamuddin and those who came into contact with the coronavirus-positive patients so that they can get themselves examined and go for home/hospital quarantine.

All of them reportedly returned from Delhi after attending the Tablighi Jamaat congregation at Nizamuddin Markaz.

Muslims constitute about 8.46 per cent of the population of Golaghat according to the 2011 census.

“The Golaghat district administration has traced a large number of persons in the district who had contacts with the persons with positive case. As of now, 45 such people, including 12 from Dergaon, were picked up by the administration for quarantine in Golaghat civil hospital. Another 10 to 15 more such persons will be picked up tonight.” Golaghat deputy commissioner Bibhash Ch. Modi said.

In 42 tea gardens, isolation and quarantine halls have been readied and all the frontline workers have been provided with masks and gloves, Modi said.

Three employees of Numaligarh Refinery Ltd (NRL) who met the team that had returned from Nizamuddin, are in quarantine.

Agricultural minister Atul Bora, who hails from Golaghat, took stock of the situation and urged people not to panic.