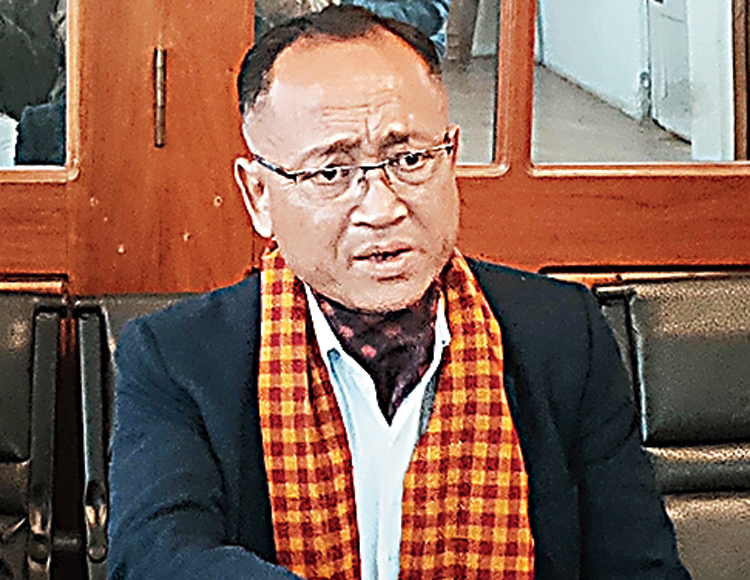 The United Democratic Party (UDP) on Sunday exposed what it called the “double standards” of the Congress on the Citizenship (Amendment) Bill, 2019, and said the leaders and candidates of the Congress made a fool out of themselves by telling lies to the people.

Clarifying the UDP’s stand as being opposed to the citizenship bill, Dkhar said the leaders and candidates of the Congress have no right to accuse other parties on the issue.

Dkhar said the Congress Working Committee had adopted a resolution on November 25, 1947, to fully protect “all those non- Muslims from Pakistan who have crossed the border and come over to India or may do so to save their life and honour”.

Dkhar also quoted various news reports published in national and local newspapers in 2015, where the Assam PCC had taken a decision at its executive meeting that citizenship should be granted to Hindus, Buddhists, Christians and people from other minority communities who came to Assam after being subjected to inhuman torture.

Dkhar also quoted a press statement made by the then PCC president Anjan Dutta on the citizenship issue.

“Who are these Congress leaders and candidates trying to fool? They are trying to take advantage of the people in the rural areas by thinking they are illiterate and innocent. But these Congress people are fooling themselves on the issue of citizenship bill.

Dkhar also mentioned that the then chief minister of Assam, Tarun Gogoi, had submitted a memorandum to the then Prime Minister Manmohan Singh on April 20, 2012, demanding that citizens who had to flee because of discrimination and religious persecution at the time of partition, should not be treated as foreigners.

He also quoted a press statement made by Gogoi published on July 17, 2014, where he urged Prime Minister Narendra Modi to frame a policy to grant asylum to persons who have taken refuge in India after fleeing their country on grounds of religious persecution and discrimination.

The UDP leader said, “The Congress and the BJP are two sides of the same coin that are focused on vote-bank politics. People should be cautious and informed, and should make a wise decision.”

Dkhar also said the UDP along with partners of the MDA government had opposed the bill and various other political parties and organisations had also teamed up with them in opposing the bill, unlike the Congress that took the credit though the Bill was not even brought in the Rajya Sabha.

He also said the UDP had come out of the North East Democratic Alliance (Neda), which was formed by the BJP and other parties in view of the aggressiveness of the BJP to bring the bill.