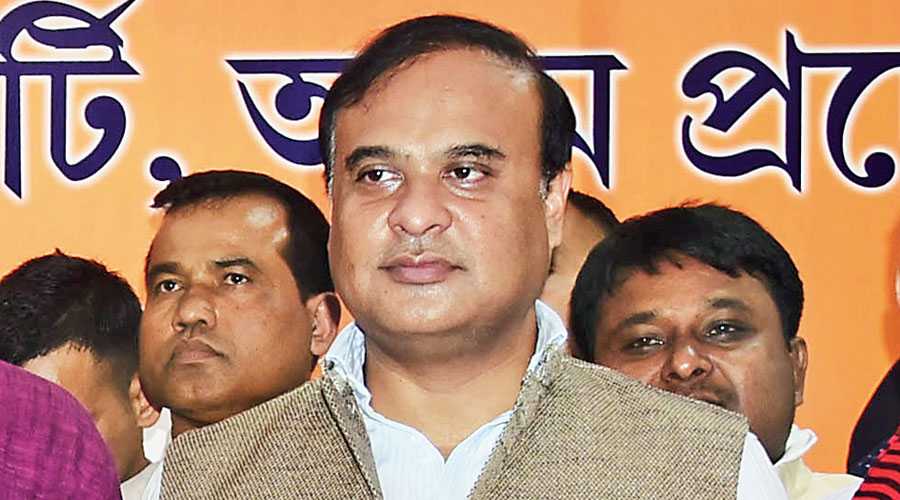 The Congress on Wednesday toughened its stand on the BJP-led Assam government’s give-and-take policy to resolve the border row with Meghalaya, asserting it would explore legal options if the government rushed things without adequate consultations and taking stakeholders into confidence.

Assam Pradesh Congress Committee president Bhupen Kumar Borah said the party’s MLAs and MPs would be meeting in the Assembly room on January 23 to discuss the issue and also write to all leading organisations seeking their views.

“First you encroach on our land and then we give  50 per cent of that land to resolve the dispute! This give-and-take could see Assam lose land to all neighbouring states having border disputes with Assam. We will oppose a solution where the Assembly is not taken into confidence. We have a responsibility towards the Assembly which represents the voice of the people,” Borah said, criticising the AGP, an ally of the BJP,  for its role in the issue.

On Tuesday, the Congress, CPI(M) and the AIUDF had welcomed the Assam government’s move to resolve the border dispute with Meghalaya but wanted the progress made so far to be first discussed and decided in the state Assembly.

The three parties conveyed their stand at the all-party meeting convened by chief minister Himanta Biswa Sarma here on Tuesday on the steps taken or progress made to resolve the row in six of the 12 areas of disputes with Meghalaya.

Sarma had also held another meeting with the All Assam Students’ Union (AASU) and representatives of organisations representing the communities living in the disputed areas.

Both Congress Legislature Party leader Debabrata Saikia and the lone CPI(M) MLA Manoranjan Talukdar  told The Telegraph that they welcomed the efforts of the state government to find a lasting solution to the border row but they also wanted that the progress be discussed threadbare in the state Assembly first before moving the recommendation to the Centre for ratification.

The government had in the meetings informed that the total area under dispute in the six areas was around 36.80sqkm, of which 18.51sqkm would go to Assam and 18.29km to Meghalaya in a “give and take approach” to settle the row once and for all, the two Opposition MLAs said.

Talukdar said the areas proposed to be settled in favour of Assam had mixed population while those that would go to Meghalaya were predominantly Garo dominated.

Saikia had “stressed” the importance of a discussion in the Assembly because Assam border areas development minister Atul Bora had told the Assembly in December that there were “reports of pressure” being applied on people of Assam living in the disputed areas to choose Meghalaya.

AIUDF’s Aminul Islam said his party supported the process to end the dispute once and for all. “But we have also demanded that there be a discussion in the Assembly. It will not be solved by calling leaders of the Opposition,” he said.

After the meeting with the political parties, Sarma held a meeting with various organisations, including the AASU and apprised them of the progress so far.

AASU president Dipanka Nath welcomed the government initiative and told The Telegraph they would spell out their stand only after an inspection of the disputed sites and knowing the views of the people living there. “We have given our proposal to the government and will be visiting the areas and Kamrup and Goalpara districts soon,” Nath said

Soon after the meeting, Sarma said efforts to resolve Assam-Meghalaya border row had “started bearing fruits” and that representatives of all political parties had been “briefed” on the progress made so far.

Meghalaya was a part of Assam before attaining statehood on January 21, 1972. They share an 884.9km border and the dispute started after the creation of Meghalaya.

“A road map for an amicable settlement has been prepared based on recommendations of the three regional committees with representatives from both the states,” the chief minister said.