It was considered endemic to the Yunnan province in China 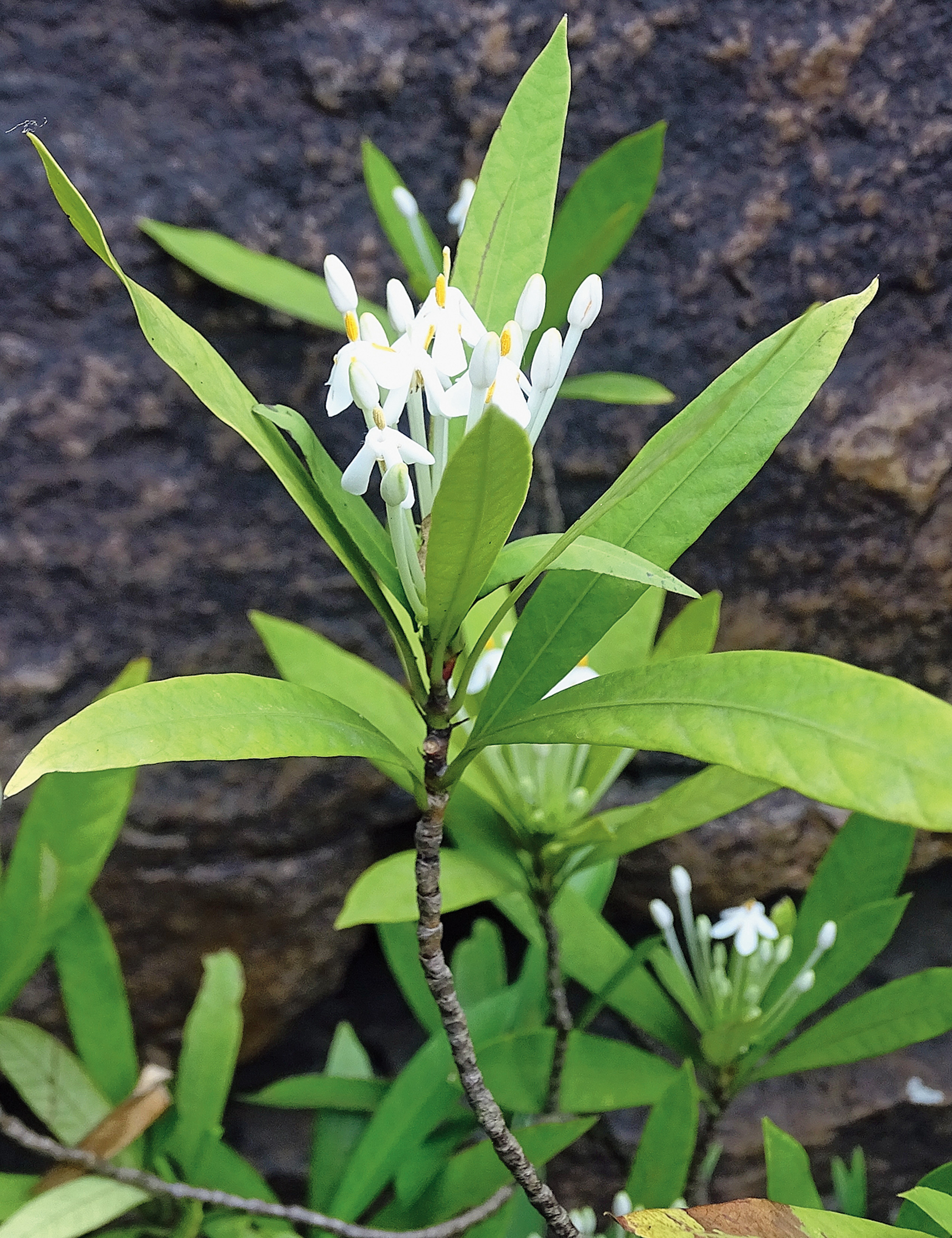 Ixora yunnanensis is a rheophyte, plants confined to the bed of swift-running streams and rivers and which grow up to the high water level.
Telegraph picture
Roopak Goswami   |   Guwahati   |   Published 16.03.19, 08:05 PM

A Chinese plant species, Ixora yunnanensis, has been found for the first time in Assam.

Previously, it was considered endemic to the Yunnan province in China.

Senior Assam forest department officer Jatindra Sarma found this plant species during his field explorations between 2016 and 2018 in the Koka, Panimur, Amreng and Zirikindeng regions of West Karbi Anglong district.

The plant species is a rheophyte, which are plants confined to the bed of swift-running streams and rivers and which grow up to the high water level but not beyond the reach of regularly occurring flash floods. Rheophytic land plants are either herbs or shrubs. Shrubby rheophytes usually have their roots matted on rocks, show sympodial branching and bear short petiole, glabrous, narrow leaves with entire margins.

“We found a rheophytic shrub in rock crevices at the edge of the Kopili river near Koka. After examining specimens and consulting literature, we identified the plant as Ixora yunnanensis, a new addition to the Rubiaceae of India and an extension of its range 760km westward,” he said.

Rubiaceae are a family of flowering plants, commonly known as the coffee, madder or bedstraw family. It consists of terrestrial trees, shrubs, lianas or herbs that are recognizable by simple, opposite leaves with interpetiolar stipules. The plant flowers during April-May.

Sarma said the leaves of Ixora yunnanensis show typical characteristics of a rheophyte. However, in India the leaves vary slightly from the plants in China. The opposite leaves are slightly shorter and narrower, that is up to 15cm long and 2cm wide.

The leaves of Chinese plants are up to 22cm long and 2cm wide.