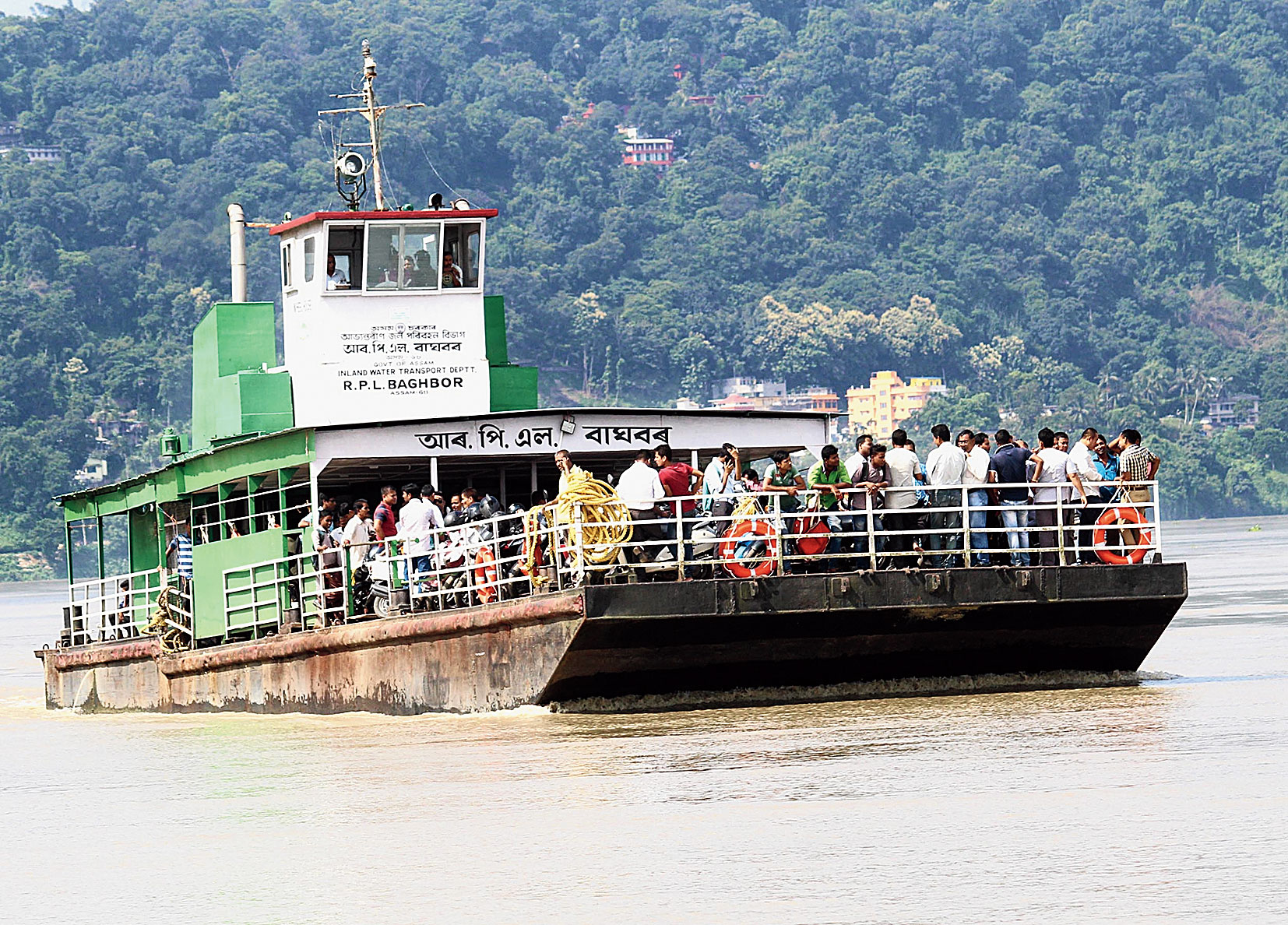 China and Bangladesh have given a no-objection to the Assam Inland Water Transport Project (AIWTP) on the Brahmaputra, funded by the World Bank.

The Brahmaputra basin covers 580,000 square km across four countries — China (50 per cent), India (34 per cent), Bangladesh (8 per cent) and Bhutan (8 per cent). In India, the catchment area spreads over Arunachal Pradesh, Assam, Bengal, Meghalaya, Nagaland and Sikkim, covering nearly 5.9 per cent of the total geographical area of the country.

The bank says projects on international waterways may affect relations between the bank and its borrowers and between states (whether members of the bank or not) and it recognises that the cooperation and goodwill of riparian countries is essential for the efficient use and protection of the waterway. The bank has cleared the project this month.

The report says the World Bank, on behalf of India, notified the riparian countries — Bangladesh, Bhutan, and China — of the project as project activities will take place on the Brahmaputra and possibly also on the Barak river, which are international waterways with implications for Bangladesh, Bhutan and China, in addition to India.

“The World Bank, on behalf of India, notified the riparian countries — Bangladesh, Bhutan, and China in March this year. China issued its ‘no-objection certificate’ to the project on April 26. The Bangladesh government asked for additional information on May 2, which was responded to on June 13, 2019. Subsequently, another communication dated August 1 was received and responded to on October 25,” the report says.

The bank says all planning and design considerations for proposed infrastructure for the AIWTP have been aimed at fully avoiding (or absolutely minimising), where possible, any potential adverse trans-boundary effects (which could have had impacts such as reduction and/or modification of flow of water or sediments and increased water pollution). The avoidance of any obstruction to or modification of flow, the designs that ensure that there is no pollution of the river, and the limits placed on dredging and disposal of dredged materials mean that there will be no impact on the quality and quantity of flow in the trans-boundary rivers.

Mirza Rahman, a visiting research associate at the Institute of Chinese Studies, Delhi, says any downstream navigation project, in order to be successful, will have to depend on cooperative and accurate hydrological data provision by China to India, which is already happening since 2002.

“This will ensure insurance against any losses due to extreme flood water events to the navigation infrastructure downstream,” Rahman told The Telegraph.

“India uses the hydrological data provided by China on the Brahmaputra for many aspects, one being ensuring stability to downstream water infrastructure investments, in this case funded by the World Bank,” he said.

At the regional level, cooperation policies between India and Bangladesh envisage a crucial future trade and transport role for inland water transport. Ports have been opened for riverine traffic from Northeast India on the Indo-Bangladesh protocol route.

The bank says two countries have also agreed to seek international financing for development of year-round navigability of the protocol (waterway) routes, as envisaged in the Bilateral Framework Agreement on Trade and Transit.