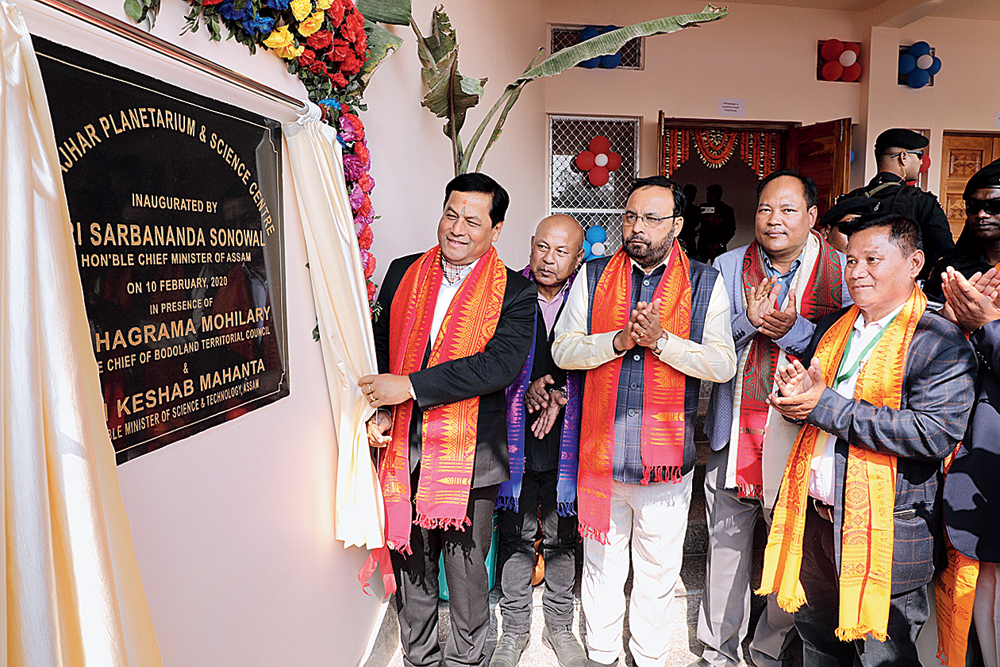 Assam’s Bodo heartland may see the birth of a political party soon.

Close on the heels of the Centre signing the new Bodo Accord on January 27, the four factions of the National Democratic Front of Boroland (NDFB) are contemplating to assert their political presence in the Bodoland Territorial Council (BTC) where the election is likely to be held in April this year.

The four NDFB factions, all signatories to the Bodoland Territorial Region (BTR) Accord, are looking for a political alternative in the BTC, currently run by the Hagrama Mohilary-led Bodoland People’s Front (BPF).

In the absence of a formidable Opposition, the BPF has been ruling the BTC ever since its creation following the signing of the 2003 BTC Accord with erstwhile militant outfit Bodo Liberation Tigers’ (BLT), then headed by Mohilary.

Sources said discussion among those trying to float the alternative had gathered momentum after the massive rally held at Kokrajhar to celebrate the new Bodo Accord.

NDFB (S) general secretary B. Ferenga said during the Bodoland Day celebrations in Kokrajhar district on Monday, “A unification process is on to bring all the four signatory factions of the NDFB. But it’s still in preliminary mode.”

Asked whether the NDFB factions would form a new political front, he said, “The forming of a political party will be decided as per the situation. Everything depends on the people of the BTC.”

NDFB (Progressive) president Gobinda Basumatary told The Telegraph, “The process of joining all the Bodo forces has been on for some time now. The forming of a political front needs elaborate discussions and a meeting will be held soon.”

Sources said a discussion on the matter was held between the NDFB factions and the BPF earlier but it was not “conclusive”.

All the four factions are slated to attend a special convention of the All Bodo Students’ Union (Absu) at Tamulpur in Baksa district on Wednesday. Absu and United Bodo People’s Organisation (UBPO) are also signatories to the accord. However, it is not clear if the Absu and UBPO will have any stake in the formation of the party.

During the convention, Absu leadership may also witness changes.

Mohilary said, “Everyone has the right to form a political party but I’m sure the BPF will win the BTC poll again.”

Chief minister Sarbananda Sonowal, who attended the Bodoland Day celebrations in Kokrajhar, said, “The BJP, in alliance with the BPF and the AGP, has been working for the inclusive development of the state and this will continue.”

Sonowal also inaugurated a planetarium and science centre in Kokrajhar on Monday.

Paying tribute to Bodofa Upendra Nath Brahma, Sonowal said the government would take adequate measures for rehabilitation of people affected by conflict in the region.