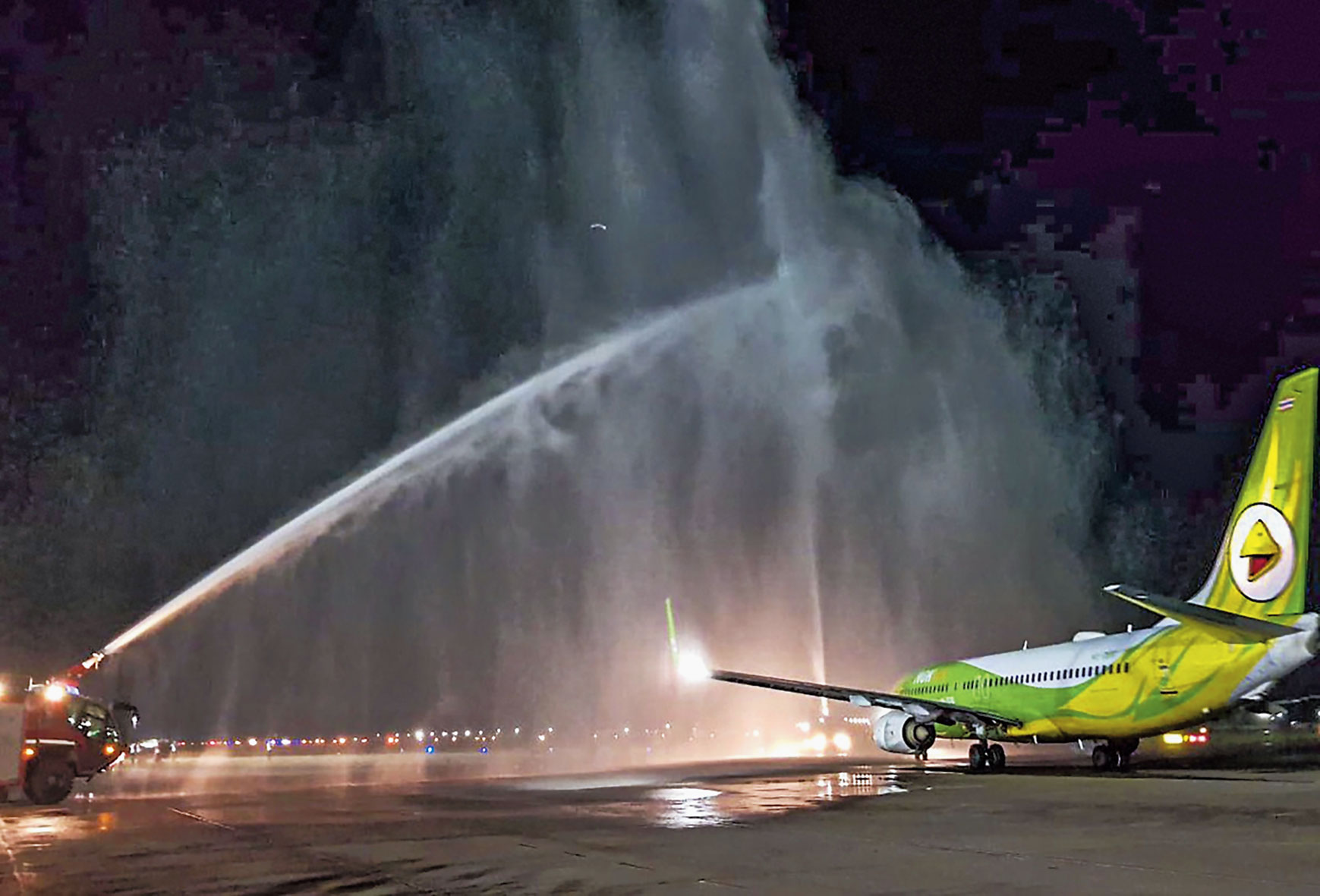 Union minister of state for youth affairs and sports Kiren Rijiju on Sunday said the Northeast must make itself saleable as a package and attractive to woo tourists on a sustainable basis.

Speaking at the launch event of the first Nok Air flight from Guwahati to Bangkok, the minister said the occupancy of 80 per cent was not enough. He suggested the airline should start daily flights to and from the Northeast.

The flight will reach its destination in less than three hours offering a convenient connection to both business and leisure travellers twice a week.

Sonowal said introduction of the flight was not just an extension of the airline route but a futuristic gesture, which will go a long way in reinforcing the cultural and economic ties between Assam and Thailand and strengthening bilateral relations.

Principal secretary, tourism, Rajesh Prasad, said stress should be on getting return passengers to Guwahati to make air connectivity viable. “It has to be a two-way affair,” he said.

Sonowal also observed that connectivity has remained a major bottleneck in optimum realisation of the growth prospects of the region. Keeping this in view, the Centre has taken up steps to connect six Southeast Asian destinations to Guwahati under the Ude Desh ka Aam Naagrik (UDAN) scheme. On July 1, the first Guwahati-Dhaka flight by Spicejet under the connectivity scheme was flagged off. The flight marked the rollout of UDAN International, pioneered by the Assam government, with viability gap funding of Rs 100 crore.

Sonowal said in the next few months, flights connecting Kathmandu, Yangon, Hanoi and Kuala Lumpur will also commence. Last year, DrukAir–Royal Bhutan Airlines introduced a Paro-Guwahati-Singapore flight. The Centre has also taken a historic decision to bring 19 destinations in the Northeast, including five cities in Assam, under the UDAN 2 regional connectivity scheme.

“This initiative would significantly facilitate regional air connectivity by making air travel affordable for the masses,” he said. The chief minister said the Centre aims to turn LGBI Airport into an international airport, connecting Southeast Asia.

LGBI handled more than 3.7 million passengers in 2017, an increase of 36 per cent from 2016. It witnessed an annual traffic increase of over 23 per cent in 2018-19 with a total footfall of 5.7 million passengers and 55,066 flight movements in the same period. The existing terminal building at the airport has a maximum handling capacity of 850 arrival/departure passengers per hour. The work on a new terminal has already started.