Over 30,000 people coming from far-flung areas of Udalguri, Baksa, Chirang and Sonitpur districts joined the rally 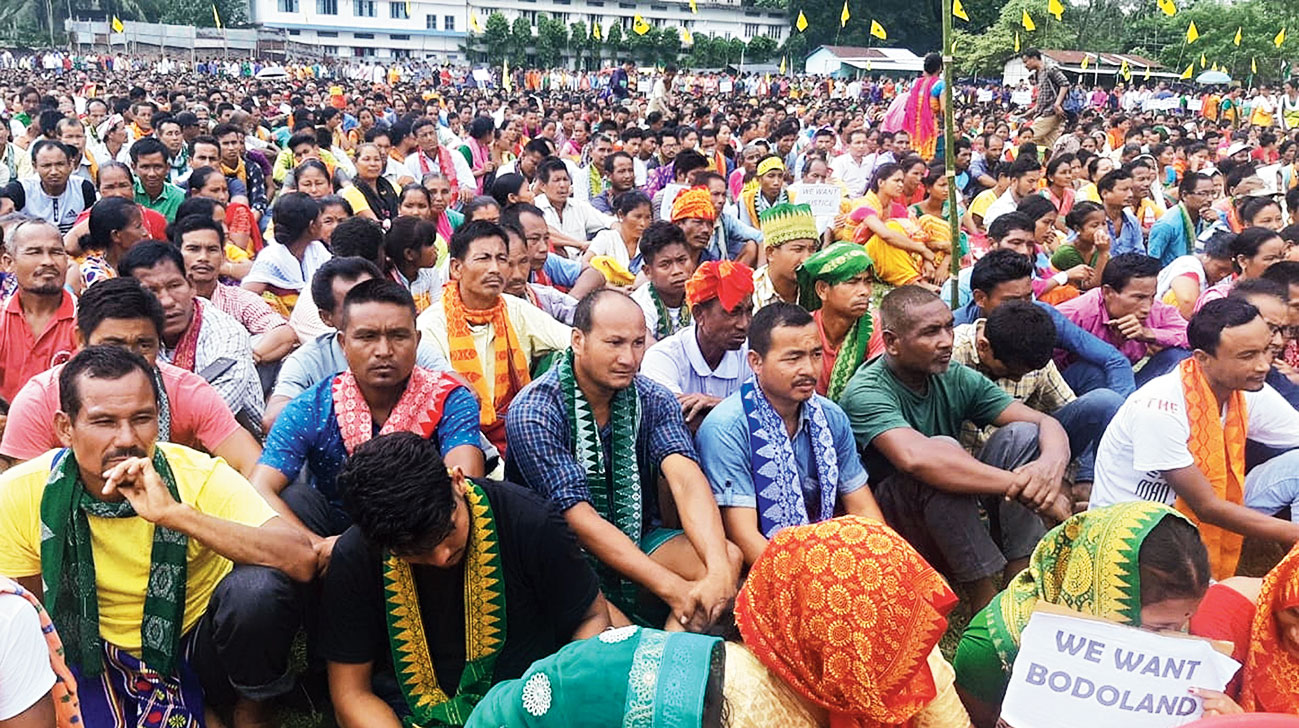 The protest rally, organised jointly by All Bodo Student Union (Absu), the National Democratic Front of Boroland (Progressive), the People Joint Action Committee For Bodoland Movement (PJACBM), was supported by several organisations which began from Bodofa Park and culminated at Udalguri-Nalbari playground.

Over 30,000 people coming from far-flung areas of Udalguri, Baksa, Chirang and Sonitpur districts joined the rally.

“If the Union government can abrogate Article 370 in Jammu and Kashmir for the sake of development and deliver justice and security to the Kashmiris, then why has the government remained apathetic to our constitutional demand?” asked Absu president Pramod Boro.

“We want to remind the Union government that we want an immediate solution to the Bodoland issue and if the government remains adamant we are determined to go ahead with mass movements in days to come,” said NDFB (P) chairman Govinda Basumatari.

The groups have been demanding a Bodoland by bifurcating the Bodoland Territorial Areas District (BTAD) of Kokrajhar, Chirang, Baksa and Udalguri and portions of central and Upper Assam districts “to protect the culture, tradition and indigenous identity of the Bodo people”.