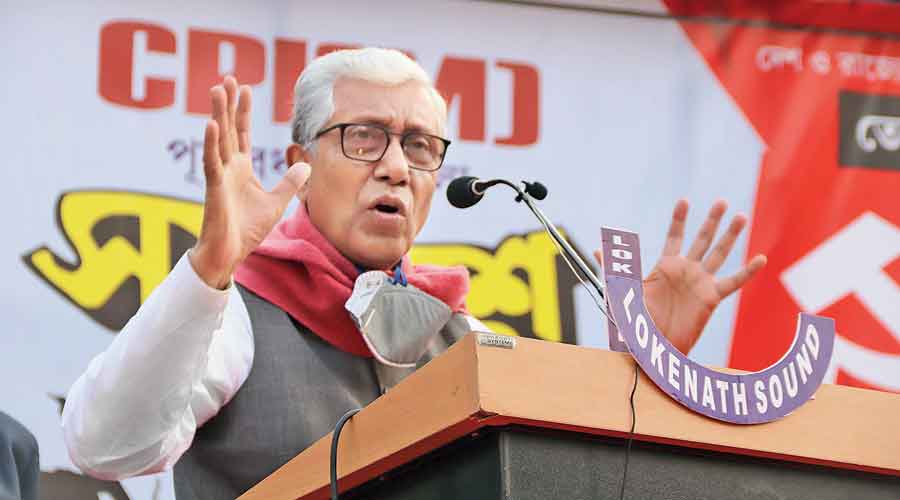 Claiming that BJP's defeat is “inevitable” in the upcoming polls in Tripura, leader of opposition in the state assembly Manik Sarkar on Tuesday urged the electors to exercise their democratic rights cautiously for ensuring the defeat of the saffron party.

Elections to the 60-member Assembly will be held on February 16.

“The BJP is not going to retain power this time because of its misdeeds in the past 58 months. It has adopted anti-people policies and is encouraging corrupt practices”, the veteran communist leader told a CPI(M) rally in West Tripura's Jirania area.

“The BJP is trying to retain power and Prime Minister Narendra Modi and Union Home Minister Amit Shah have already visited the state. But the people have made up their mind to immerse the BJP government for its failure to deliver”, the former chief minister said.

Government employees, youth, minorities, tribals- all sections of people - have raised the slogan "immerse the saffron party to save the state", the CPI(M) leader claimed.

Noting that terror shall not have the last word, Sarkar appealed to the people to prevent looting of votes.

Slamming the BJP for not allowing the opposition parties to undertake political activities in the past five years, Sarkar said the CPI(M) has been carrying out its organisational activities in Jirania subdivision secretly.

“They (BJP workers) thought the CPI(M) had vanished from the Jirania subdivision but today's meeting proved them wrong. People who are ready for battle in adverse conditions only create history”, he said.

CPI(M) state secretary Jitendra Choudhury also urged the people to “throw out” the BJP government for “hijacking” democracy and constitutional rights in the state. The BJP-IPFT combine swept to power in the state in 2018 winning 43 seats in the 60-member House. The BJP bagged 35 seats and the IPFT 8.