Assam CM claims government had boosted the confidence of youths, 45,000 youths have got jobs in private sectors 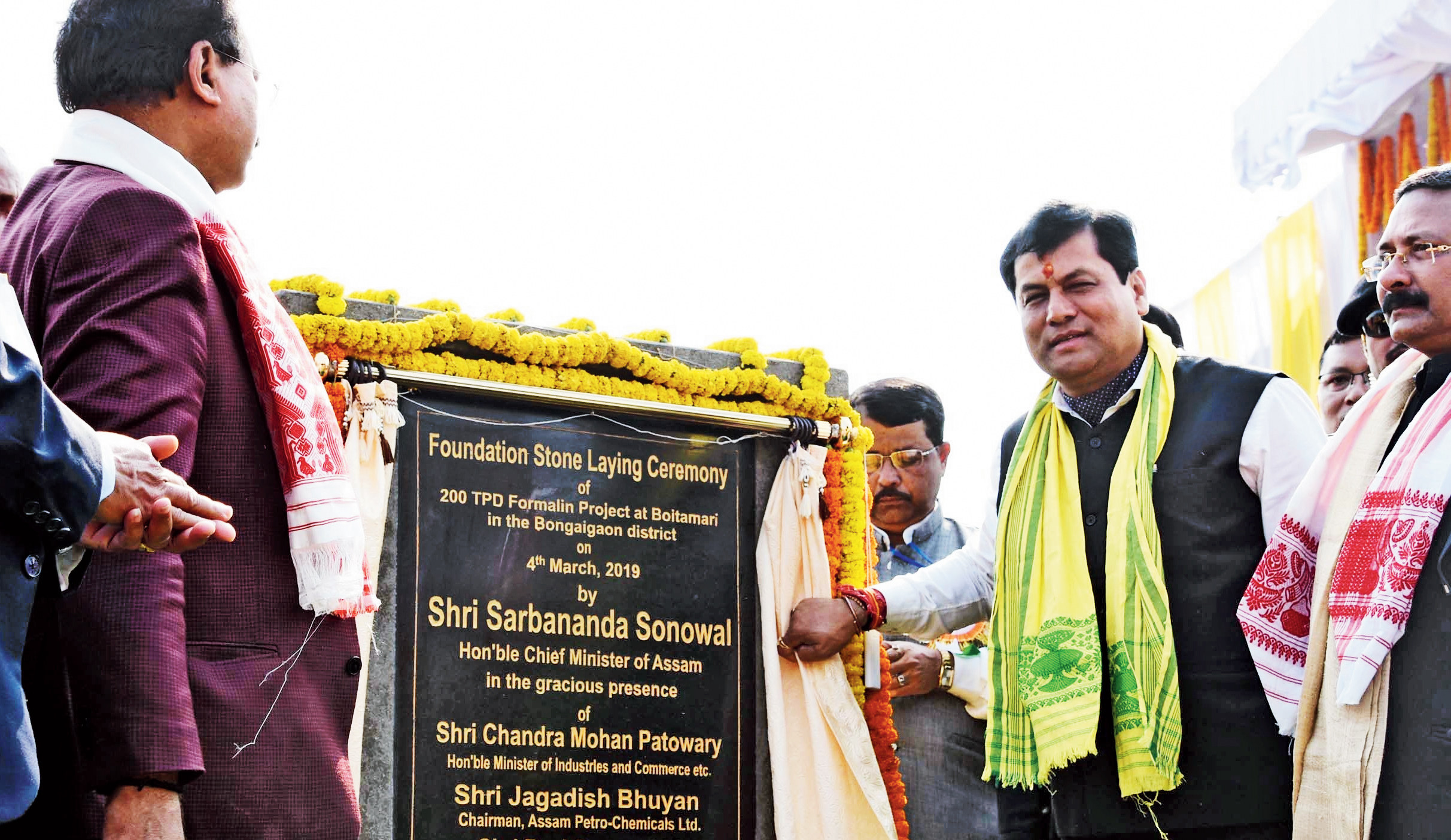 The BJP-led Assam government respects the “freedom of speech” of the Opposition and citizens, chief minister Sarbananda Sonowal said in the district on Monday.

Addressing the gathering after laying the foundation stone of a formalin plant at Dhaknamari in Bongaigaon district, Sonowal said, “We always respect the opinions expressed by citizens and opposition parties on our governance and our party because they have freedom of speech, which is a blessing for us.”

“Assam was rich in resources during the British rule. We had all sorts of resources, be it natural, hydrological, mineral, forest or human, but the long Congress rule in the country destroyed it,” he alleged.

Sonowal claimed that his government had boosted the confidence of youths, 45,000 youths had got jobs in private sectors, many companies had come forward to invest in the state and agricultural produce was being exported abroad.

The Assam Petro-Chemicals Limited will supply methanol, the raw material needed to make formalin (preservative), to this plant which will produce 200 tonnes of formalin daily. The plant, for which 163 bighas has been allotted by the government at Dhaknamari, is being set up at a cost of Rs 100 crore.

It is located around 20km south of Bongaigaon town, the district headquarters.

Transport, commerce and industry minister Chandra Mohan Patowary, who was present at the ceremony, said his government would distribute land certificate (patta) to one lakh indigenous people of the state soon. He said a ship port beside the Brahmaputra and an economic hub, both in Jogighopa, will be developed for which Rs 600 crore has been sanctioned.