Former Union minister and Rajasthan PCC president Sachin Pilot today accused the BJP of trying to "destabilise" the Congress-ruled states in the country. 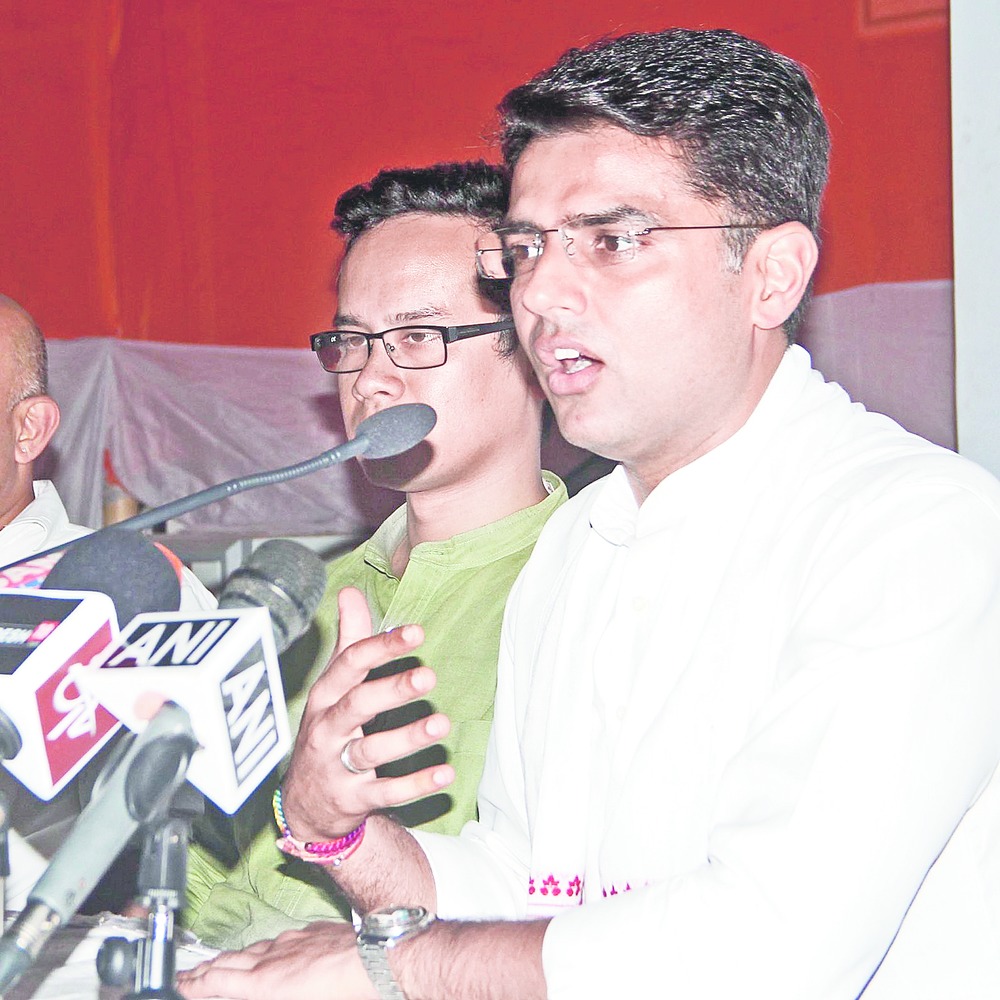 "After the BJP came to power at the Centre, wherever there is Congress government, they have targeted and tried to destabilise the government there. This happened in Uttarakhand, Arunachal Pradesh and they are trying to do the same in Assam," Pilot, who was here to campaign for the Congress, told the media here this afternoon.

The Supreme Court is looking into the case against President's rule in Arunachal Pradesh where Kalikho Pul, a former Congress MLA, is today at the helm of the Arunachal Pradesh# government.

In Uttarakhand too, President's rule has been levied after nine dissident Congress MLAs joined hands with the BJP to oust the Harish Rawat government. While, the Supreme Court is looking into the case against President's rule in the state, Rawat's government has already been sacked.

The CBI had got a clean chit from Delhi High Court yesterday to interrogate Virbhadra Singh regarding the disproportionate assets case. It had conducted a raid targeting New Delhi chief minister Arvind Kejriwal's principal secretary Rajendra Kumar. The CBI had later clarified that the raid was regarding a corruption charge against Kumar.

Speaking about the Assam Assembly election, which will have the second phase polls on Monday, Pilot said, "The grand BJP-AGP-BPF alliance is an amalgamation of opportunists. There are no original BJP members in the party. It has become a party of borrowed leaders from other parties. The same leaders, whom the BJP had criticised few days back, are now together and charting out a vision to make Assam Congress-free."

Firing a salvo at the Badruddin Ajmal-led All India United Democratic Front (AIUDF), Pilot said, "The BJP is not sure of getting votes on its own. So they are trying to divide Congress votes with the help of AIUDF. But people are smart and they know voting for AIUDF is equivalent to voting for BJP."