Assam toll in landslide rises to 9

Altogether, 42 people have been confirmed dead so far, while 20 more are still reported missing 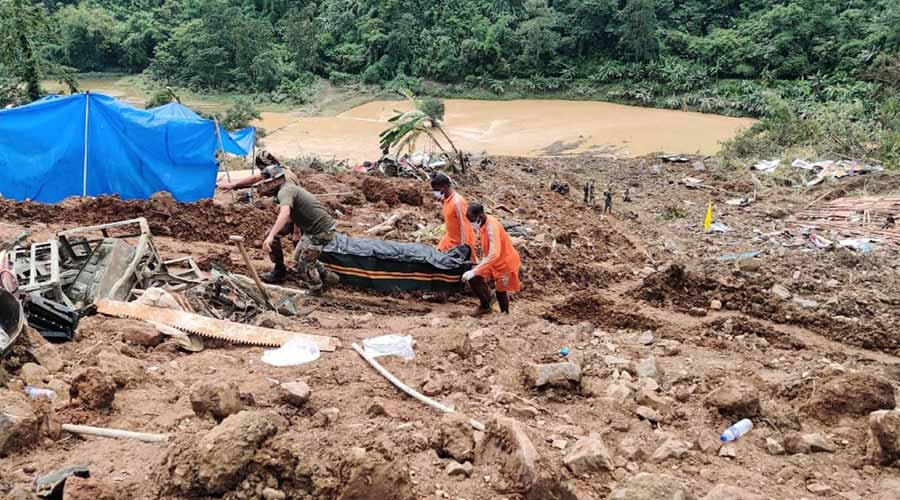 The number of people from Assam who lost their lives in the Manipur landslide has risen to nine, while at least 12 others from the state are still reported missing following the tragic incident, an official said on Monday.

The state government has compiled a list of 26 people from Assam present at the Tupul railway yard construction site in Noney district of neighbouring Manipur when the landslide had occurred on June 29.

Altogether, 42 people have been confirmed dead so far, while 20 more are still reported missing. Eighteen people were rescued alive from the site.

“We have names of 26 people from the state who were at that site. Among them, one was an army jawan and one a railway engineer; the rest were construction company workers,” Assam government spokesperson Pijush Hazarika told reporters here after returning from Manipur.

The state’s cabinet minister was camping in the bordering state since Saturday to oversee search and rescue operations.

Five workers from Assam who were rescued alive flew back home with Hazarika this morning, and were being driven to their native place in Morigaon district by the administration.

Hazarika said the body of one of the workers who was recovered from the debris on Sunday, is yet to be transported back, while mortal remains of the deceased from the state have already reached their native places and last rites completed.

“So far, as per our information, 12 people from the state are still missing. Various agencies are engaged in search and rescue operations at the accident site,” the minister added.

Morigaon deputy commissioner P.R. Gharphalia said bodies of six people from the district have reached Kushtoli area under Lahorighat block, from where they hailed.

“Two bodies reached this morning and the last rites were performed soon after. On Sunday, four more bodies had arrived and cremated the same evening,” he said.